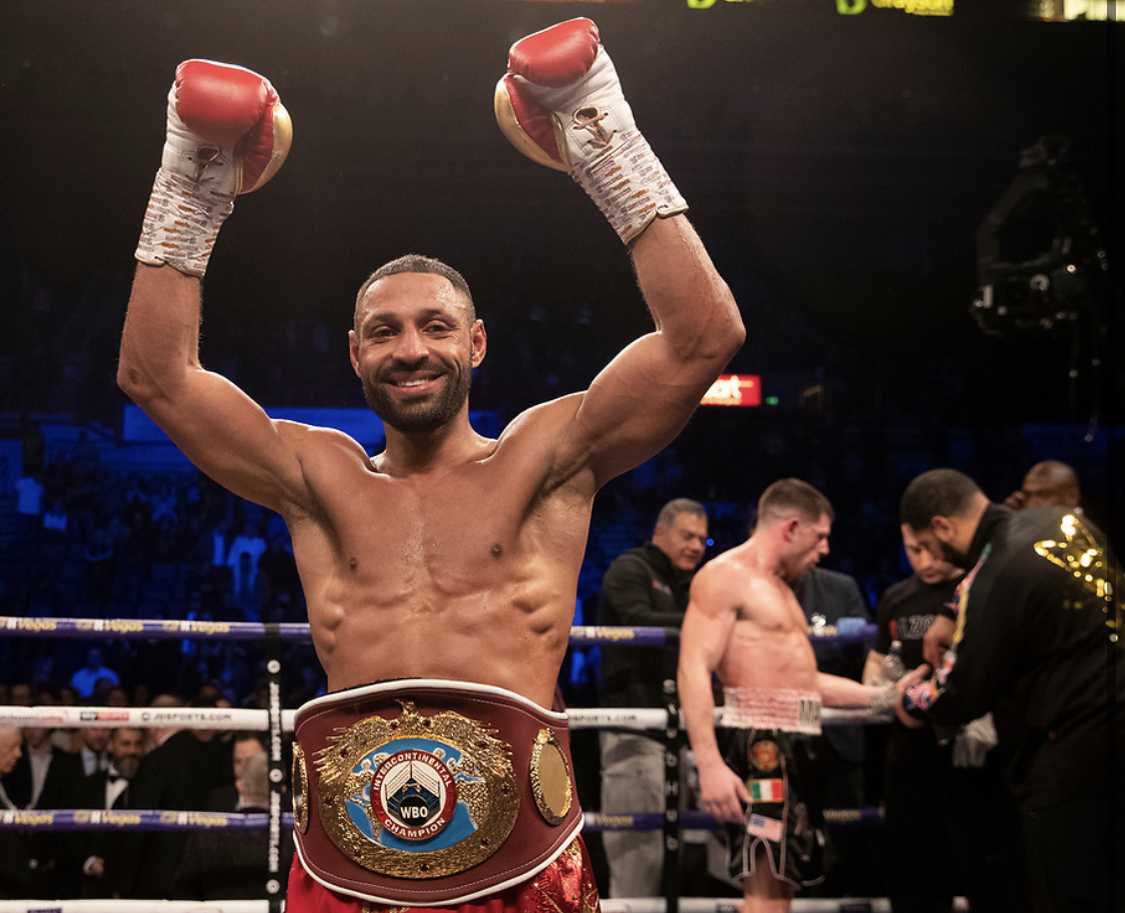 Kell Brook marked his return to the ring with a round seven knockout win against American Mark DeLuca in his hometown of Sheffield.

The bout was Brook’s first since December 2018 where he defeated Michael Zerafa on points, however, the performance was well below Kell’s usual level.

Brook looked in control of the fight throughout and didn’t seem troubled despite DeLuca throwing some heavy shots.

The Yorkshireman knocked down his opponent in the third but seemed to take his foot off the gas as the fight continued.

The result seemed inevitable as his American opponent took a lot of punishment on the ropes which caused a lot of bleeding.

The fight was stopped in the seventh when Brook caught his opponent with a clean hook which saw DeLuca collapse to the ground, with the ref waving off the fight.

The result brings ‘Special K’ a step closer to a shot at a title, but a bout against another former world champion in Liam Smith looks on the cards, with the scouser watching on at ringside and promoter, Eddie Hearn, weighed in on this idea after the fight.

‘The only way I want to make the Brook v Smith fight is if either guy can’t get a world title shot or if that fight can be made a final eliminator for the WBO world title.’ Said Hearn.

‘It’s too good a fight to just do it for the sake of doing it because they both want to be two time world champions but if it gives them a path to try and do that then we should make that fight.’

It was a case of youth versus experience, however, Harper proved to the boxing world that she is a serious fighter with real talent.

Wahlstrom came into the fight off the back of 6 world title defences but despite this record Terri’s coach Andrew Bulcroft said that she could have gone up the gears.

‘I was trying to convince her to go up the gears [during the fight] but she felt comfortable, the maturity she showed just because she was happy to be winning.’ He said.

Kid Galahad also gained another W on his record after his opponent Claudio Marrero retired at the end of the 8th round, and Dave Allen eased to a third round TKO against the experience Dorian Darch.