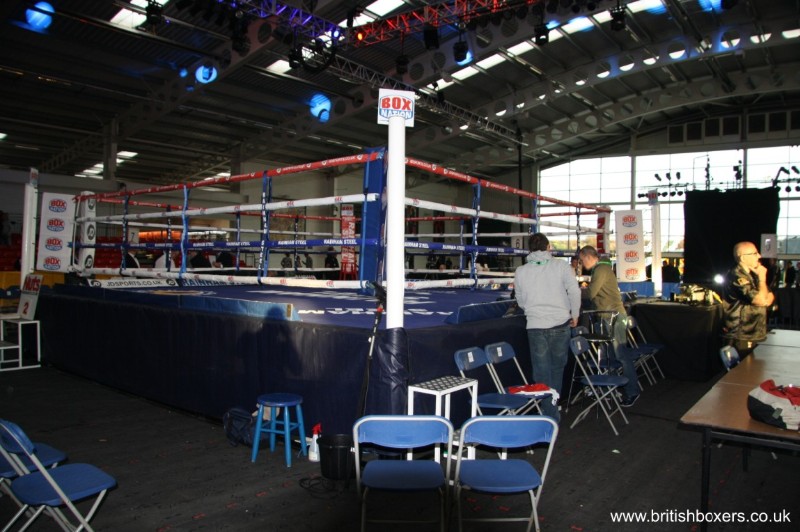 Once more this wonderful show was a trip down memory lane for me as one of the first people I bumped into was a man I had not seen in over 40 years, we had lost contact, who was this man? A friend of the famous Liverpool boxing family the Molloy’s, yes Johnny Owen. He and I went back a long way and we will be meeting up more often from now on.

It was also a pleasure to meet up with Alex Noon ex Commonwealth Featherweight Champion and gym mate of Shea Neary and Co when I used to go to visit the old Red Triangle Gym where George Schofield Jr and Senior coached the Munro/Hyland boxers, what incredible times we had.

I would also like to thank Pat Barrett and the Collyhurst team along with Peter Fury, Savannah Marshall, Hughie Fury, Gary Booth and the Tony Sims gym for signing gloves for me to present to the venture ABC and give to a local show at Blacon in Chester on Thursday.

Quite a lot of things about the last two VIP shows at Black Flash Promotions and Joe Gallagher’s shows have stood out to me, not least that the sportsmanship of the fans and the behaviour has been top class.

The commitment of the visiting boxers can also not be faulted, which has led to these shows being exceptional value for money.

Liverpool’s Dexter Makaza boxed his way to a 40-36 verdict over Lewis Van Poetsch in a very good learning bout.

Makaza utilised his useful left jab setting up tidy combinations, in what was a tricky debut contest against an game opponent who knew his way around the ring.

The Liverpool fighter was made to work for every point and the shutout verdict didn’t reflect van Poetsch’s commendable contribution.

The Liverpool fighter needed his beautiful jab and sharp combinations to fend off the aggressive Moreno, who had not just come to make the numbers up.

Moreno did his share of scoring with good punches to head and body in an entrancing contest that had the crowd on their feet, both boys received a deserved and loud ovation.

Also at super lightweight, Liverpool’s Matt Rennie outscored Josue Bendana, through four rounds by 40 points to 36. I was really impressed with Rennie’s beautiful boxing style, in a way he reminded me of a wonderful boxer of the 60s Albert Carroll.

Rennie has a good variety of punches to head and body and answered all his opponent’s attempts to counters his impressive work.

At lightweight, in a six rounder Ellesmere Port’s Matty Fagan put up a good performance in gaining a 39-36 verdict over Teessides Abdon Cesar.

It was a good performance and it had to be, as Cesar was up for it and was another fighter who had not come to make up the numbers. There could be no doubt that Fagan has talent, his jabbing and combinations were great to watch, his lateral and evasive movement, also excellent.

He needed to be at the top of his game, as Ceser was more than willing to join in and fire scoring shots jabs to head and body.

In his home city, Tom Aitcheson won all four rounds against Birmingham’s MJ Hall. Aitcheson controlled the action with his solid lead hand and kept to his boxing to earn gain the victory.

At Cruiserweight Liverpool’s Nathan Quarless got the nod by 60 points to 54 against Norbert Szekeres. The home fighter displayed his strong lead hand and an impressive variety of shots throughout the contest.

He also showed his effective footwork, further affirming just how much he has going for him as a fighter. His opponent Szekeres realised this in the first round and he did his best to frustrate him and at times he managed to have success with spoiling tactics, nonetheless, Quarless was impressive on his way to clear victory.

This was a rockem slugfest from the first second both boys went for broke every punch was meant to separate their adversary from his senses. Both met head on in the centre of the ring. After the initial opening hooks to head and body were the order of the day. The crowd was on its feet roaring. The first round was even with both boys being staggered.

Round two brought the victory for Chambers but not before he visited the canvas himself as he was dropped by a brutal left and right, when he arose the referee took a hard look at him but let him continue.

Then it happened, Farrell came all out to finish Chambers but in doing so his defence went to the wind and with his eagerness he too visited the canvas by courtesy of a sinister right hand.

Up at eight, gamely he tried to keep Chambers at bay but to no avail and Chambers landed a left hook and right hand to send him to the canvas, the referee disposed with the count and called a medic.

Jay received a wonderful ovation when he recovered. That round will live forever in the memory of the fans present just as the perfect left hook that the great daddy of them all through the fabulous Sugar Ray Robinson when he ko’d Gene Fullmer and those who witnessed Shea Neary’s ko of Terry Sutherland at Everton Park will never forget it, as he snatched victory from the Jaws of defeat and George Schofield with his expertise as a trainer and cut man turned a career around. Like those who saw such epics those present at the Olympia will never forget that pulsating 2nd round on March 14th

These happenings are the silver and golden threads that embroider the wonderful tapestry of our beloved sport.

Until next time, Goodluck, God bless.