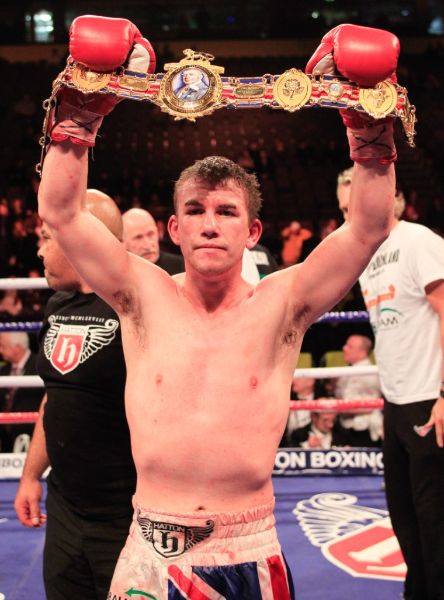 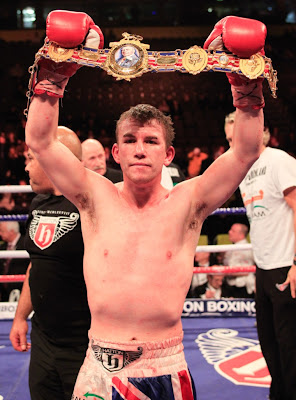 British super-featherweight champion Gary Buckland retained his Lonsdale belt after challenger Stephen Foster Jr. was pulled out by his corner at the end of round eight after suffering a bad cut to the top of his head in a fight at the Manchester Arena on the undercard of Ricky Hatton’s comeback fight on Saturday.
In an even fight up to that point, Foster began to bleed heavily from an accidental clash of head’s in the sixth. After the ringside doctor had taken a long look at the womb it seemed from that point that the Mancunian challenger’s night was on borrowed time.
Buckland from Cardiff extended his record to 27-2 in a fight that was full of action and it was a shame it ended the way it did. For former European champion Foster, (30-4-1, 18KOs) it was a cruel way to end his first shot at the British title and he should and hopefully will come again. It was however a great night for the champion who headed back to Newport with his status intact and bigger fights and aims on the horizon
It did look like Buckland was beginning to slightly get an upper-hand at that point, but there was another four rounds to go a rematch wouldn’t be out of the question, this was an entertaining fight.
“I want to win the Lonsdale Belt outright – that is one of my aims – but I’ll also be looking towards the European title,” said Buckland after the win.
pictures courtesy of Mark Robinson/Hatton Promotions