‘The Chosen One’ Marcel Braithwaite: “The most important thing to me is being a role model and showing there’s a better way” 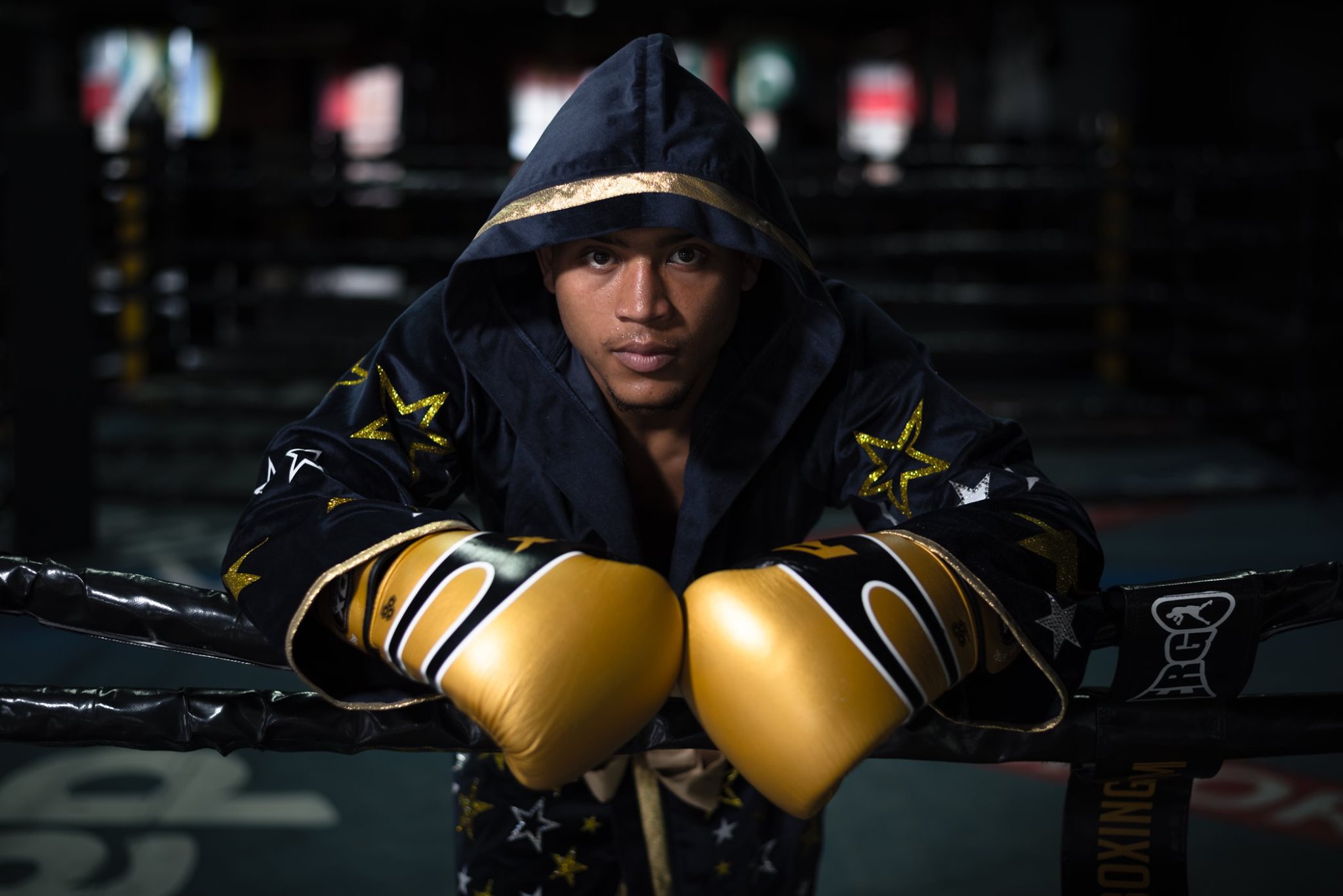 Having been on the brink of walking away from boxing last year, an inspired and reinvigorated Marcel Braithwaite is now ready to showcase his talent and light up the big stage having just signed with MTK Global.

At just 26 and already a British title challenger and the current English super-flyweight champion, the story and success of the Liverpool fighter are very much in their infancy, as he embarks on the latest chapter of his career.

Perhaps the greatest testament to Braithwaite’s character is that when he was at his lowest point, what drew him back to the sport wasn’t solely his own success, but was his role as a source of inspiration for the next generation at Golden Gloves Gym in Toxteth.

“I always say your faith is your fortune and there have been times I have thought about walking away from the sport,” he said. “I nearly did before May, I was suffering depression at the start of last year, it was only because Wayne [Smith] got me back in the gym and showed me how much the kids look up to me and stuff that I stuck with it.

“I was just praying and praying that I would have a breakthrough and I got one win under my belt and then I won the English title, straight after that I was challenging for the British title, now I’m signed for MTK. So things can turn around just like that.”

Emphasising the importance of being a role model, he added: “It’s the most important thing for me, it’s like my purpose in life. With me having struggled for years and having gotten into a lot of trouble as a kid, now I see a lot of the kids and they remind me of me when I was younger – so for me, it’s about showing them there is a better way and keeping them on track.

“There’s nothing more rewarding than when I do win and the gym is buzzing and the kids are all thriving. So like I say, it’s the most important thing for me, it’s what pulled me out of depression and it’s what keeps me going.”

It isn’t something that has been completely natural to Braithwaite, who admitted because of his troubled past ‘wasn’t always comfortable with being a role model’. But, given how much he has to give in terms of his experience, he is now more than happy to embrace the position.

The battle out of depression and into the position he is in now wasn’t one he fought on his own. Like when he boxes, Golden Gloves Coach Wayne Smith was very much in his corner throughout the journey and Braithwaite is all too keen to give credit where it’s due.

“When I was suffering depression, Wayne was phoning me near enough every day and just reminding me of what I was capable of and what I can achieve in the sport. It was at a time when I weren’t interested, I didn’t care about boxing and I’d kind of lost interest in life itself, I was suffering depression, but when I’d come to the gym, Wayne would point things out and show me just how much the kids looked up to me.

“When you’re in a state of depression, things like that are the only kinda things that can give you a boost and make you feel better about yourself.

“That was my only source of positivity at the time, now seeing how my life has turned around, I owe it to Wayne and to the gym.”

Although his journey has been far from easy, the challenges he has endured and overcome have left him well-positioned to excel and achieve his undeniable potential.

“I have done everything the hard way, I started from the bottom and didn’t have no big promoter or nothing like that I just had to sell tickets at the same time as I was moving out from my mum’s house. I had to fend for myself and it was a struggle.

“It took a long time, but now I’m here – my last fight was a good payday and I’m in position for titles. Things are looking good.”

Now signed with MTK, Braithwaite’s career will be accelerated to the next level and it’s something he’s ready to grasp with both hands.

He emphasised: “It’s massive for me, I think they are the best possible people I could be managed be, especially at this time as well, with it being behind closed doors shows, being with MTK I’m in the best position I could fight on a Frank Warren show or a Matchroom show.

“It’s definitely the best position I could be in and with them having the likes of Tyson Fury and Billy Joe Saunders, it shows the kind of moves they are making so I’m excited as ever.”

Braithwaite’s first fight under new management is likely to be behind closed doors, however, it’s a prospect that elicits excitement in the English champion, who says he ‘loves the thought of it’.

“It’s just like you and another man in a room and we’ll see who is gonna walk out. I think the energy of it just being you and your opponent with no crowd to egg you on or for you to thrive off, literally just your energy matched with your opponent’s energy – it feels a lot more real.

“I was a fighter before I was a boxer so I was kind of used to fighting where there were no crowds. It’s something I’m looking forward to, it’ll be good to have that kind of experience.”

Furthermore, stepping up and fighting anyone is also a trait he is looking continue in this next chapter of his career. He said: “I’ll fight anyone to be honest.