Isaac Chamberlain: “You can measure height, weight and reach. You can’t measure heart” 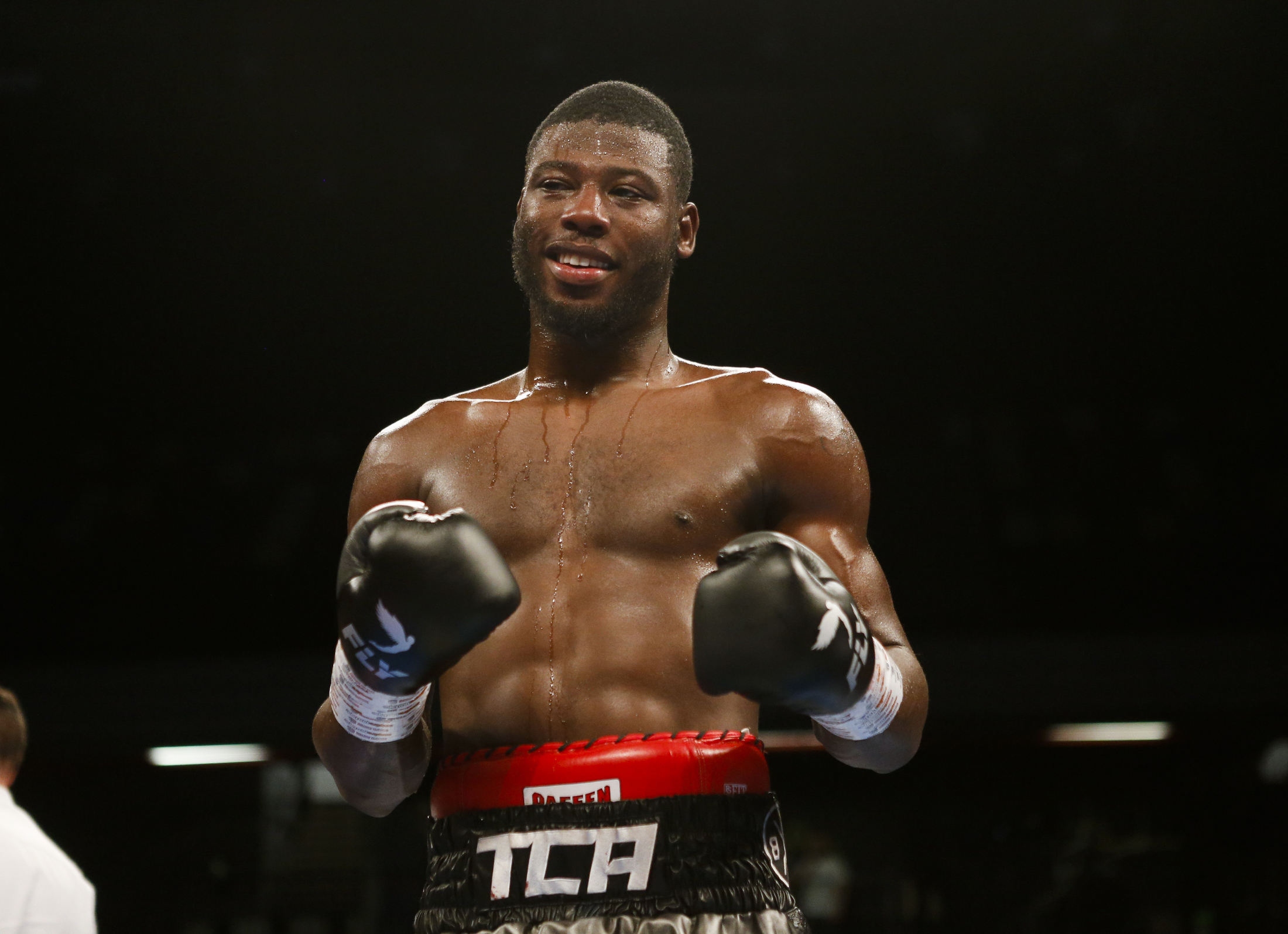 The skilled and sturdy 6ft 2in Brixton boy spent his early years trapped in the gang-infested, gun, knife and drug-riddled Loughborough and Angell Town estates of London SW9 – a red zone on the Met Police’s Gang Matrix – where, too often, the elderly outlive the young.

Twenty-six-year-old ‘Chambo’ claims that only boxing rescued him from a cell or a cemetery so is now committed to using his profile as a stand out athlete to rescue troubled youngsters as an ambassador for the ‘Gloves Up, Knives Down’ initiative.

‘Just because you grew up in the ‘hood, doesn’t mean you want to end up there,’ philosophises ‘IC’ who returns to duty following a frustrating 22 month hiatus in an eight rounder on new manager-promoter Mick Hennessy’s Channel 5 show live next Saturday (22nd August) at a TV studio in Redditch.

‘The boxing gym saved me, helped me forget. You drift in and out of street life – you instinctively follow what your friends are doing and street life was always part of that – but thankfully I was never too heavily involved.

‘Those streets definitely toughened me mentally for life as a pro fighter I guess but the streets are nothing compared to the discipline that’s needed to succeed against another trained fighter inside the ring. That brings another level of respect entirely.

‘‘Gloves Up, Knives Down is something very dear to me. I give talks, visit schools, and preach that nothing positive ever came out of ‘road life’. The streets bring easy money. Drugs and guns are the easy way. Any mug can pull a trigger, far harder to challenge your skills and character against another trained man. The discipline needed to be a successful boxer is a far harder but far more rewarding road.’

Chamberlain might rue the harsh hand that fate dealt him in his early years but those sinister south London streets certainly instilled an inner steel that has been a constant throughout his stop-start paid career.

‘In just my fifth fight, I broke my rib against Russ Henshaw (then 6-0) but dug in to stop him in round six,’ recalls ‘Chambo’ who has yielded just once in a five year 11 bout pro career.

‘After that, I fought with a dislocated shoulder from round three against Wadi Camacho but went 10 very hard rounds to win the Southern Area in only my sixth fight. I was only 22 at the time fighting big, fully grown men.’

‘My last win over (ex Commonwealth king) Luke Watkins was a weird one cos I actually thought I was well in front, cruising, and only pressed for the knock out to entertain the crowd, rather than salvage the fight. (A last round knockdown saw ‘Chambo’ edge a 95-94 verdict). I was amazed to discover the win depended on that knockdown. I finished every round stronger and thought I’d won at least six, easy.’

Even in his solitary setback – to 2016 Olympian Lawrence Okolie at London’s O2 Arena in February 2018 – Chamberlain’s resilience was beyond reproach, even if his silky skills temporarily went AWOL.

And the Brixton bruiser believes it’s his proven ticker and tenacity that will ultimately take him to the top of Britain’s hugely competitive cruiserweight crop.

‘My knee was ruined after Okolie first pushed me down in round one but I still slogged through on the adrenalin. It was only 20% of me in there,’ insists affable Isaac.

‘Though others in the division say they want it more, I’ve already shown I want it more. That’s the difference. You can measure height, weight, reach. You can’t measure heart!’