Anthony Yarde vs Lyndon Arthur – The stakes couldn’t be higher 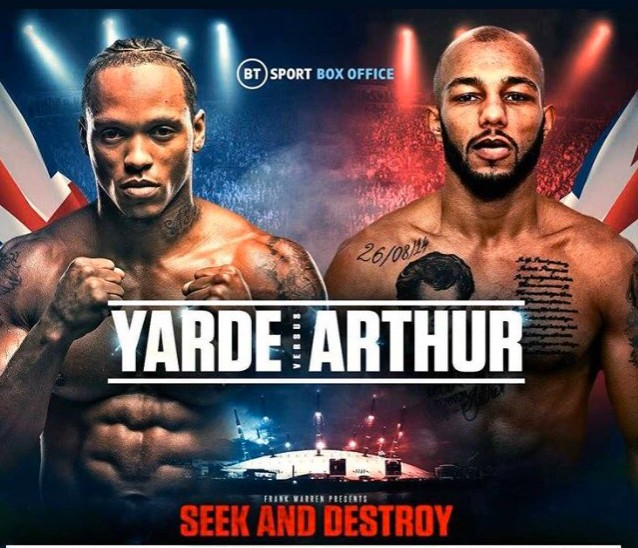 Originally announced as the chief support for the mega clash between Daniel Dubois and Joe Joyce, Anthony Yarde vs Lyndon Arthur was one of many great fights postponed due to the pandemic.

Staying active and further building excitement for their high stakes clash, both fighters returned from the pandemic to record victories over the tough Dec Spelman.

An official date has yet to be announced but Frank Warren has informed the fans that the fight is being made as a headliner for one of his shows scheduled for the last two months of the year.

With the WBO light heavyweight title vacant and a tournament set up to determine a champion, the significance of this bout can’t be underplayed as they are both hold a top 10 ranking with the governing body.

WBO #1 Joe Smith Jr is set to face the winner of an all-Russian showdown between #3 Maxim Vlassov and #2 Umar Salamaov for the vacant title. This would essentially free up the top 3 rankings in the WBO and leave an opportunity for the winner of this fight to take the #1 spot and ultimately the position of the mandatory challenger for 2021.

Yarde, with 18 knockouts in his 19 victories has proved time and again that he has the power to hurt anyone at 175. Despite this, critics have slated the opposition Yarde has faced until now; skipping British and European level and simultaneously tough domestic challenges.

After a valiant effort against Sergey Kovalev in Russia, Yarde has decided to rebuild his career and a win against Arthur would go a long way in a bid for another title shot.

Commonwealth champion, Arthur showcased his wide arsenal of skills when he retained his title on July 31 against Dec Spelman. Instead of sitting down on his shots and putting power into every punch, he used a sharp jab that kept the shorter Spelman at range and attacked with fast combos on the backfoot.

On September 12 however, Yarde was equally impressive against Spelman as he became the first fighter to knock him down and eventually finish him.

If Arthur were to revert to the same tactics against Yarde it could be a very difficult night for the Hackney-born man. Arthur at 6’2 and with a quick jab could force Yarde to come forward and rush his work similarly to how Kovalev did with his masterful jab.

Yarde is at home fighting at mid-range and taking his time to land his shots; not forcing any power punches. However, this would prove more difficult to do if Arthur were to box on the backfoot and force Yarde onto him, beating him to the shots with timing and precision.

Aside from a shot at the WBO title, there are some other major fights out there for whoever becomes victorious. Notably the winner of the British Light Heavyweight title showdown between Shakan Pitters and Craig Richards on November 14.

Fellow Brit Callum Johnson is also set to face Igor Mikhalkin for the EBU European Light heavyweight title. Johnson similarly to Yarde came off short in his title challenge after dropping Artur Beterbiev and could prove a stern test for the winner. Finally, Should Yarde win he could keep alive his hopes of a mega all-London Pay-per-view clash with the exciting prospect and Olympian Joshua Buatsi.

This clash was put forward by Frank Warren in a challenge to Eddie Hearn in August as part of a list of Queensbury vs Matchroom fights he would like to make. Fans everywhere agreed that out of the list of competitive domestic clashes this would be the most exciting and realistic for as early as 2021.