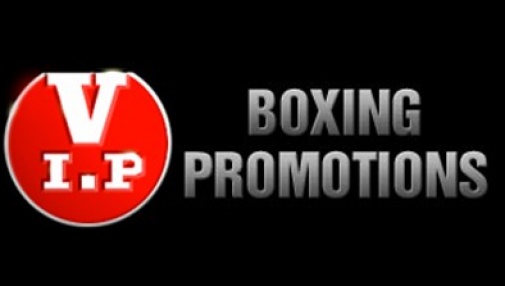 Ahead of the start of the new boxing season, Steve Wood has revealed that VIP Promotions will be teaming up with the Northwest Amateur Boxing Association to showcase some of the top fighters from the unpaid code.

With a number of 2016 promotions already planned, Wood’s groundbreaking initiative involves staging amateur bouts prior to the pro boxing at shows. The aim being to bring professional glamour to the amateur proceedings, and eventually sign upcoming stars.

“We’ll be trialling this idea at the September 17 show at the Victoria Warehouse in Manchester,” explained Wood, “and the future plan is to match the top amateurs against each other, for example Lancashire versus Yorkshire or Manchester versus Liverpool. It’s too short notice for the Warehouse show though so we’ll be hosting the finals of the Under-20 bouts.

“I’m really excited about this idea. It’s a really good way of giving the amateurs a chance to box in a pro environment; in a great arena with TV lights and a grand entrance. We’ll also be inviting the boxers to stay behind for the pro show too. VIP Promotions made 12 new signings over the close season, and hopefully this initiative will help us to sign a few more top kids in the future.”

“Lewis versus Ismail is a good derby fight, as well as being for the regional belt. Pride is at stake, and both are confident of winning. Credit to Sean for stepping in after Joe Tonks pulled out, and I know he’s been inspired by his pal ‘Masher‘ Dodd who won the WBC International lightweight title in May. They both have very different styles, Adam is a standup southpaw, while Sean will be in there for more of a fight. Their styles will gel well, and it should be a really good one to watch. So we’re starting the season off well; they’re both VIP fighters but that doesn’t matter because it’s good fights we’re looking to make.”

One of the UK’s most prolific promoters, and with a huge stable to keep busy, Wood has shows lined up for the rest of 2016. Additionally, a good working relationship with both Frank Warren and Eddie Hearn means Wood’s fighters—including WBO World lightweight king Terry Flanagan and WBC International featherweight champ Josh Warrington—will also be appearing on televised BoxNation and Matchroom cards.

With Flanagan and Warrington currently spearheading the VIP stable; Wood believes more of his team will make a breakthrough this season.

“Terry is already a world champ, and Josh will be in a world title fight this year, so they’re both leading the way. We’ve also got Shayne Singleton fighting for the British welterweight title [against Bradley Skeete] in October [22nd], and Jack Arnfield up against John Ryder for his WBA International middleweight belt on September 24. Isaac Lowe is Commonwealth champion and Luke Blackledge recently vacated his Commonwealth title to fight Callum Smith for the Lonsdale Belt in November. And we’ve also got some good young prospects too like Zelfa Barrett, Maxi Hughes, Ryan Doyle and Jack Massey, who are on the way to British title level.

“It’s obviously great too to be getting our fighters on the Boxnation and Sky Sports dates, and we also keep them all busy with our own shows. So, I’m looking forward to this boxing season, we’ve got some VIP fighters at the very top of the game, and we’ll be putting on some exciting shows and pushing more of our stable into big fights.”