Samir Ziani earnt a final round stoppage to defend his European title in an enthralling toe-to-toe war against Alex Dilmaghani.

The fight was billed as a fight of the year candidate, however, the battle that occurred far exceed expectations.

The champion started fast, edging exchanges in which both fighters were throwing a flurry of shots from the inside.

However, Dilmaghani grew into the bout combining thudding body shots, with long-range rights and lefts that landed on the relentless Ziani.

The momentum of the fight swayed frantically back and forth, as the unfathomable work-rate of the champion was countered by the sharp shots of the challenger.

As the fight edged into its second half, Ziani enjoyed the most dominant round of the fight so far in the seventh, ploughing forward and pummeling Dimaghani, who was wearing a nasty cut under his eye.

Embodying the mindset that got him to the dance, an embattled Dilmaghani wasn’t phased as he fought his way back into the fight before the championship rounds.

Ziani’s relentless pursuit of Dilmaghani didn’t wilt through 12 electrifying rounds, utilising his lightening left as a potent weapon against his taller opponent.

In the penultimate round, Ziani remarkably retained the incredible pace he had set through the first 10, however the chinks began to appear in Dilmaghani’s armour.

Sensing an opportunity to finish the fight, Ziani continued to come forward thundering combinations to the brave Dilmaghani, who despite wearing a substantially weary look, survived until the final minute without giving away a knockdown.

In spite of him seeming out on his feet and giving very little to the referee as he rose to his feet, the official allowed the frantic fight to continue and Ziani once again commenced with unloading on Dilmaghani.

With mere seconds left, the brave challenger once again crumbled to the canvas and this time, heartbreakingly for Dilmaghani, the fight was called off and Ziani was declared the winner of a fight that will live long in the memory of everyone that watched it.

Isaac Chamberlain made light work of his second victory within three weeks as he stopped Matt Sen in the opening round.

Sen came for frantically and was countered by Chamberlain who powered home a left hook and a plethora of uppercuts, sending his opponent delirious and continuing his comeback story.

The show opened with a fight that took on a whole new narrative, as a result of the widely criticised pre-fight antics of Idris Virgo.

In an engaging battle, Virgo earnt a 40-36 points verdict over the durable Scott Williams.

The former Love Island star came out fast against Williams, landing a flurry of ferocious shots to the body, however, the Manchester fighter showcased his toughness staying in the bout and occasionally having success against his undefeated opponent.

Virgo once again utilised his powerful shots to the body, as he sought to open up the watertight defence of Williams, who will have taken pride in hearing the final bell.

Stoke’s Jamie Stewart caused an upset as he got the nod over Michael Hennessy Jr, by a verdict of 58-56 in an entertaining clash of undefeated charges.

In the opening round, both fighters looked to dictate the control of the bout with their jab, as it was clear from the outset it would be a close battle.

As Hennessy neglected to use his superior range, the success of Stewart increased with the Stoke fighter closing the distance and setting a high work-rate.

Nonetheless, the inside work of Hennessy also had a significant impact – landing to the body and head of Stewart, with the most powerful punch of the fight being a sharp right hand from Hennessy.

Both fighters set a strong pace over six rounds in what proved to be a deeply engaging clash of styles.

In his first professional fight on UK soil, Stephen McKenna recorded his fifth consecutive stoppage victory as he blitzed past Gary McGuire in the opening round.

Based in California, but born in Ireland, McKenna looked incredibly impressive coming out in lightening fashion and dropping his opponent twice as he notched up another victory. 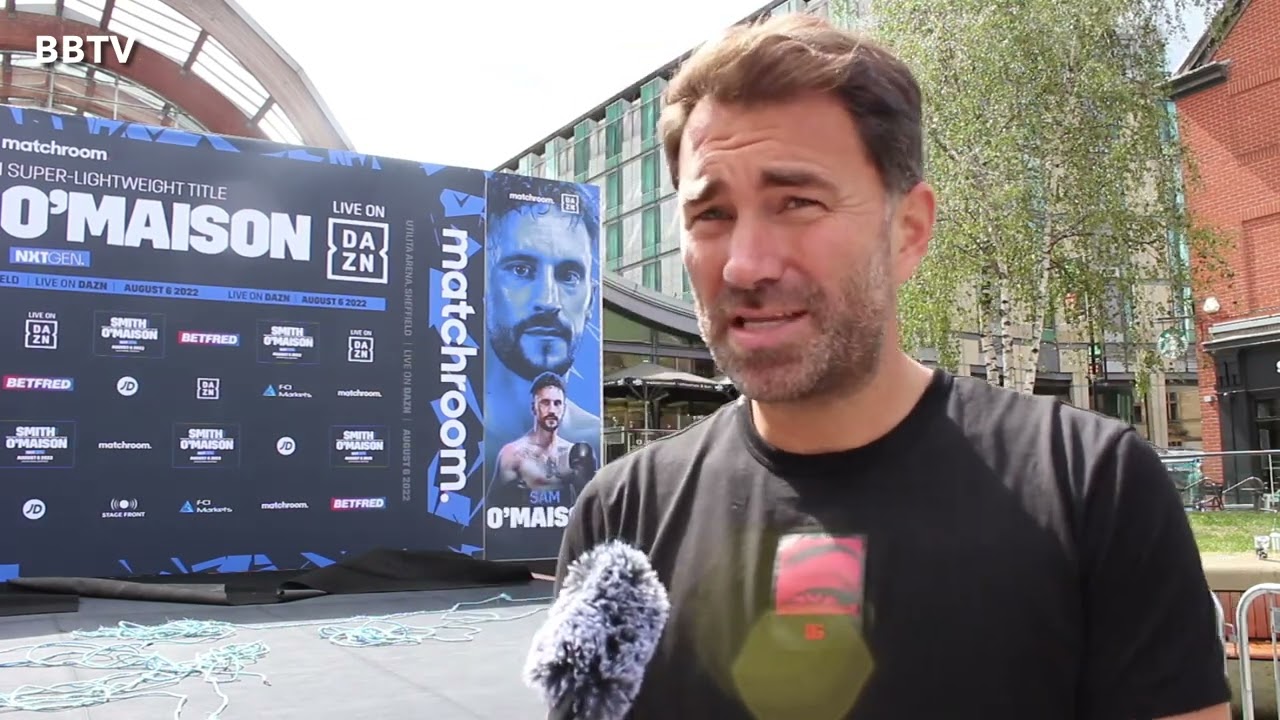 “NOBODY WANTED TO FIGHT ME” OVILL “THE UPSETTER” MCKENZIE OPENS UP-FIRST INTERVIEW SINCE RETIREMENT!

ITS ON! 🤣 4 ROUND SPAR BETWEEN LYNDON ARTHUR AND PAT BARRETT?

LEWIS WOOD, ADAM RASOOL AND DABA NDEBELE ON DEBUT - 3 OF THE LINE UP FOR SATURDAYS BLACK FLASH SHOW