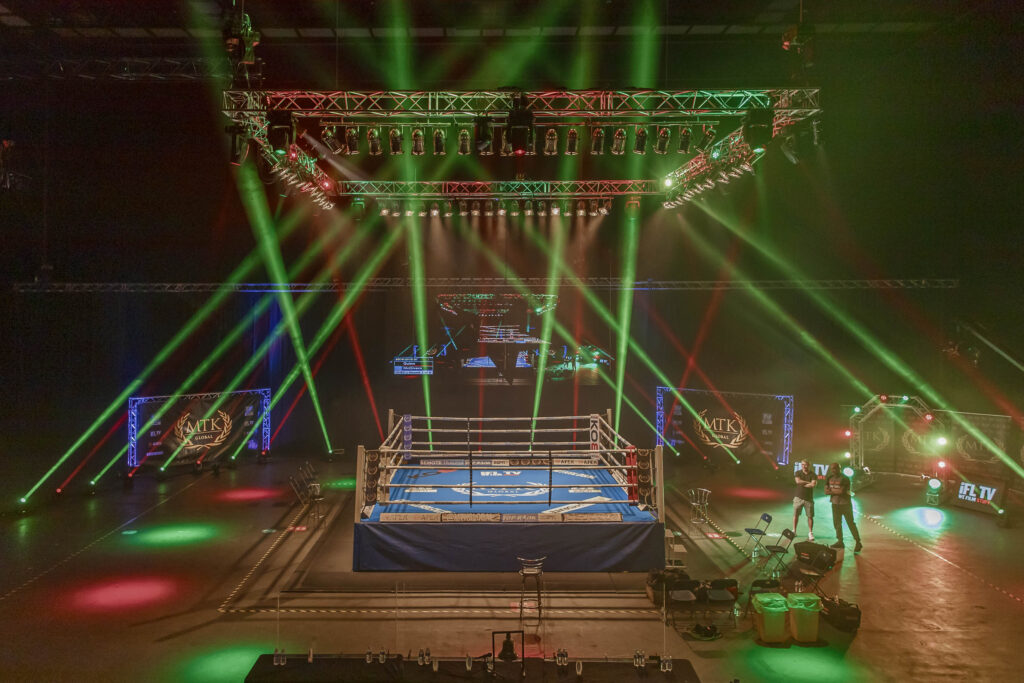 Following a triumphant run of three superb shows throughout the summer, #MTKFightNight will return to Production Park Studios in Wakefield for two exciting events.

The cards, which feature some intriguing clashes and a plethora of prospects, will be live in the US on ESPN+ in association with Top Rank, and worldwide on IFL TV.

They commence on Sunday 18 October with a fantastic clash of unbeaten fighters will take place, as world-ranked Michael McKinson (18-0, 2 KOs) goes up against the dangerous Martin Harkin (13-0, 5 KOs) in a welterweight contest.

In the co-main event, recent world title challenger Jay Harris (17-1, 9 KOs) looks to build on the fantastic showing he produced against Julio Cesar Martinez, when he defends his Commonwealth flyweight title in a brilliant match-up against Marcel Braithwaite (9-2).

Rounding up the bill in October are the highly-anticipated professional debuts of two amateur sensations, as Jordan Reynolds and Paul McCullagh both enter the paid ranks, with opponents to be announced for those two respective fights.

Another star-studded card will then take place on Wednesday 11 November, and is headlined by an incredible showdown, as British and Commonwealth bantamweight king Lee McGregor (9-0, 7 KOs) challenges Karim Guerfi (29-4, 9 KOs) for his European bantamweight title.

Highly-rated Kazakhstan superstar Tursynbay Kulakhmet (1-0, 1 KO) will fight in the UK for the first time at the event, following a terrific performance in his debut last month.

Rising stars Inder Bassi (2-0) and Jack Martin (3-0) will collide with each other, plus highly-rated Hassan Azim makes his professional debut.

“In October we have a double-header main event, with Michael McKinson fighting Michael Harkin and Jay Harris taking on Marcel Braithwaite. Those are two great fights and then there is a brilliant undercard too.

“In November we then have Karim Guerfi against Lee McGregor for the EBU bantamweight title. It’s a massive fight for both boxers, and there is a stacked undercard on that show as well.

“We have Tursynbay Kulakhmet making his UK debut, and we’re looking to secure a proper fight for him as he wants to make a statement.

“It’s two really good shows, so we’re looking forward to being back and continuing our tradition of 50-50 fights all the way through the cards.”