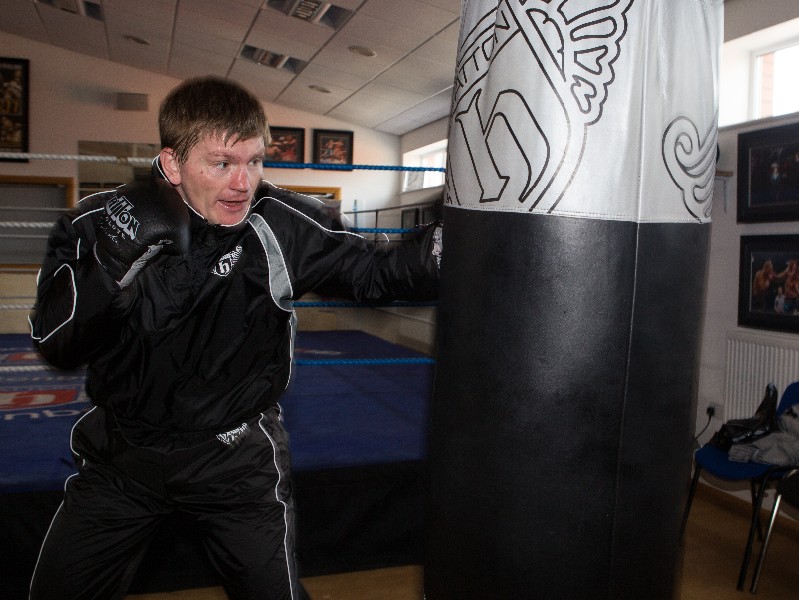 Taking a lucrative fight across the pond or on home soil can occasionally be like winning the lottery in one round for a fighter as an unlikely avenue opens up and they progress through their career.

We have compiled a list of highest-paid British boxers who have managed to land a considerable money grant per punch they throw.

And it would not be wrong to state that these fighters are rightly rewarded for their hard work, as the battled throughout their career to land marquee fights.

So, is there any accurate estimation of how much do these British boxers earn per punch? Well, thanks to Ladbrokes, we now have a clear list of some of the major punches in British history and how much they cost. So here we go:

Khan made an average of 213,784 pounds per punch, while Canelo was stuck with an amount of 43,168 pounds. The result was pretty obvious because no matter who stands against Khan, he is undefeated when it comes to fighting shares.

Although he was brutally knocked out in the sixth round, he managed to secure a hefty share of the fight due to the powerful punches he hurled on Canelo. The punches he threw were technical, structured, and definitive, which bagged him a prize of 200,000 pounds for each punch.

This was famously referred to as the Power against Speed, where power was, of course, Canelo as he managed to knock out Khan in the end. Yet earned a lower share due to the increased volume he threw in the fight.

A fight that was profoundly engraved in the minds of every boxing fan. A battle between two pound-for-pound contenders. It wasn’t until the tenth round when a snappy left hook from Mayweather eradicated Hatton’s hopes as he crumbled to the canvas.

This fight ended up in Mayweather’s favour as not only he won but managed to score a hefty share of the prize money. This fight subjected Hatton to a price of 9,472,260 pounds, and Mayweather to 29,995,490 pounds. A victory that quite justly defines Mayweather’s boxing nickname ‘Money.’

This fight went 12 rounds and was defined by the endurance factor of the two combatants.

In spite of Haye’s best efforts, a unanimous point marker granted Klitschko as the winner.

Klitschko threw in 134 punches, of which only 26 percent  were successful. On the contrary, David Haye scored a similar success rate of 25 percent in just 74 punches. Therefore, making him the apt contender for a more significant prize money share.

Well, this wasn’t the first time these two came head-on fighting to for super-middleweight glory. Their first fight generated a strike of controversial issues that infamously attracted people. This led to a hotly anticipated rematch.

The rematch saw Froch not only record a win that was widely cited as ‘Knockout of Year’ in 2012′, he also notched up the hefty share.

Also, the fight bagged the esteemed title of the ‘Event of The Year’ by Ring. This fight led to Froch earning around 83,333 pounds while Groves with 15,873 pounds.

Well, the list would have been incomplete without Tyson’s name in it. The esteemed heavyweight has been titled most paid in many of his contests, so this wouldn’t be different.

This fight made him walk away with an average of 281,193 pounds for throwing 50 right punches in eight rounds against his opponent, who threw 311 punches and was narrowed down to the price of 71,154 pounds.

Hence, we conclude boxing does not pay more to the winner; rather, they pay more to the efficient players. Therefore boxing is a sport of substance that does not overlook the procedure against the result—a game where victory is like winning the lottery in one round.