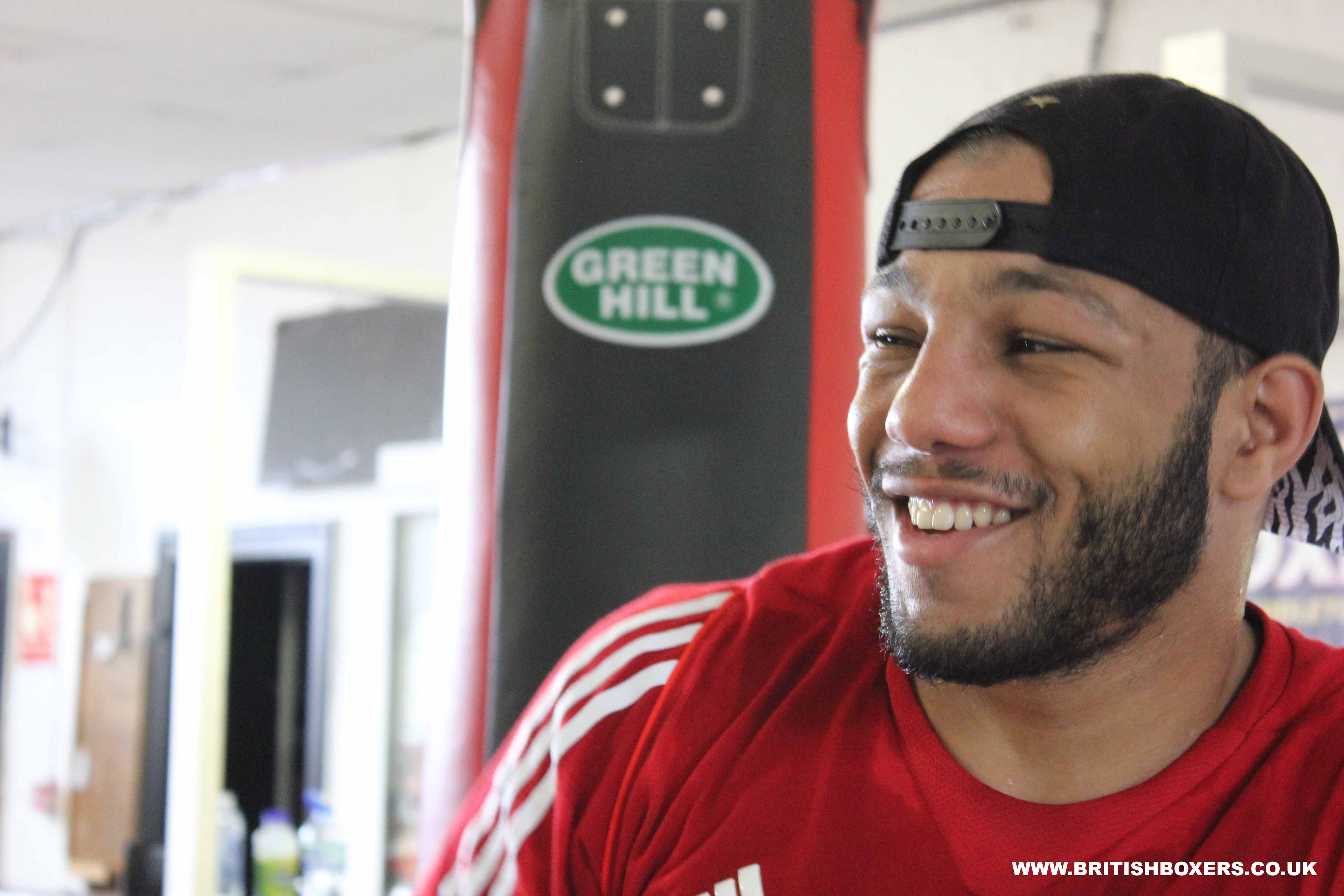 Lyndon Arthur’s ambitions as a youngster were in the sport of football, however, once he commenced his journey in the sweet science there was no looking back.

Although he was forced to overcome adversity and a bundle of bad decisions at the hands of judges, Arthur enjoyed a decorated amateur career. Nonetheless, the light-heavyweight and those around him always felt he would truly thrive in the paid ranks.

In a 2012 interview with Arthur, who at the time had only had eight amateur bouts, told BBTV: “I can’t say I don’t like amateur, because I love boxing, so everything about it I like, but I prefer the pro game. I can’t wait to turn over and not have to wear the head guards or the vest, you feel more loose and allusive.

“I can’t wait for that date when I turn pro and have my first pro fight, in a better venue and a bigger ring.”

Having represented the British Lionhearts at the World Series of Boxing a multitude of times, Arthur turned pro amidst much excitement and anticipation, with the general consensus from all those around the Manchester fighter that he was destined to achieve great things.

It’s perhaps fitting that Arthur’s first TV appearance wasn’t during his amateur career, but instead was during a documentary on his Uncle Pat Barrett, as he waved goodbye to an infant Arthur prior to setting off to America to refocus on his boxing career.

It’s a moment that serves to heighten just how sentimental Saturday night will be for the fighting family as Barrett is by the side of Arthur when he embarks on the biggest of his career so far against Anthony Yarde.

It’s a moment that his coach Barrett always sensed would arrive, focused and fully prepared as he embarked on his journey to the capital for the fight, he told BBTV: “All the hard work is done now, it’s just down to the two guys now on this big night.

“We have been doing this for weeks, months and years, we have never really had Anthony Yarde out of our site, at some points we have been overlooked and Tunde (Ajayi) and Anthony Yarde probably never thought they’d have this fight. But, on the other hand, we have been down looking up and I have always been looking up saying ‘we need to fight him’. So we have always been prepared as I always knew this fight was going to happen.”

Arthur’s ticket to centre stage was cemented when he captured the Commonwealth title, which will be on the line on Saturday night. Having barely put a foot wrong in the pro game, his shot came in bout number 16 as he battled the tough Emmanuel Anim.

In his toughest fight to date, he was forced to work tirelessly for the victory outpointing the game Ghanian over 12 gruelling rounds live on BT Sport. Although he relished the limelight, Anim proved a difficult dance partner for Arthur as he bid to showcase his talent to the wider audience.

In spite of only displaying glimpses of his quality, Arthur overcame a tough night and claimed Commonwealth honours, catapulting himself into a mouthwatering pool of domestic fighters.

Whereas many may have steered clear of the dangerous mix of domestic fighters, since turning over Arthur has eyed taking them out, vehemently sought out some of the most sought after prospects in the country.

Following his stoppage win over Josef Obeslo in his eighth fight, he told BBTV: “Being a prospect, people are watching you because you are being talked about if you’re a good prospect. And, as a good prospect, I feel like at this stage of your career I should be taking journeymen out and beating them in great style.

“There are fighters out there that aren’t doing that, who are classed as prospects in the light-heavyweight division, I will come across them soon and I don’t feel like they will be able to live with what I have got.”

In the very same interview, he went onto underline just how much boxing means to him crediting the Collyhurst Gym and being a ‘gym rat’.

“If you have an argument with your girlfriend or whoever, or even your days just not going right, you come to the gym and just forget about everything, this is your second home, as long as I am in here I am constantly learning,” added a young Arthur.

His momentum continued after that win, powered to a run of eight consecutive wins, seven inside the distance and a myriad of highlight-reel finished on route to his battle with Anim.

The spate of scintillating stoppage wins eradicates the notion that the upcoming fight with Yarde is a typical ‘boxer vs puncher’ contest. Saturday’s clash is very much a collision between two heavy-handed combatants, affirming that fireworks are inevitable.

His title win over Anim also uplifted his already roaring appetite for the big stage, which nine months later, following the scheduling and subsequent postponement of his collision with Yarde, he was given again when he faced the durable Dec Spelman.

That night he was back to displaying the form that replicated how skilled he is, as powered to a points victory and earnt widespread plaudits for his pulverising jab that dictated the pace of the bout.

Spelman, who was stopped by Yarde just weeks later, was keen to emphasise just how strong his jab was, speaking to Seconds Out he predicted: “Lyndon is going to win on points. He’s got one of the best jabs in Britain. As long as Lyndon is injury-free and the weight is good, which I believe it is, I can see it being an easy night for him.”

For both Arthur and Yarde, a victory Saturday night would represent the most monumental of their career. The intertwining of the two riveting journeys is likely to create the type of collision the fight fans crave.

Furthermore, it couldn’t be a more fitting way to mark the 40th anniversary of Frank Warren’s entry into the sport.