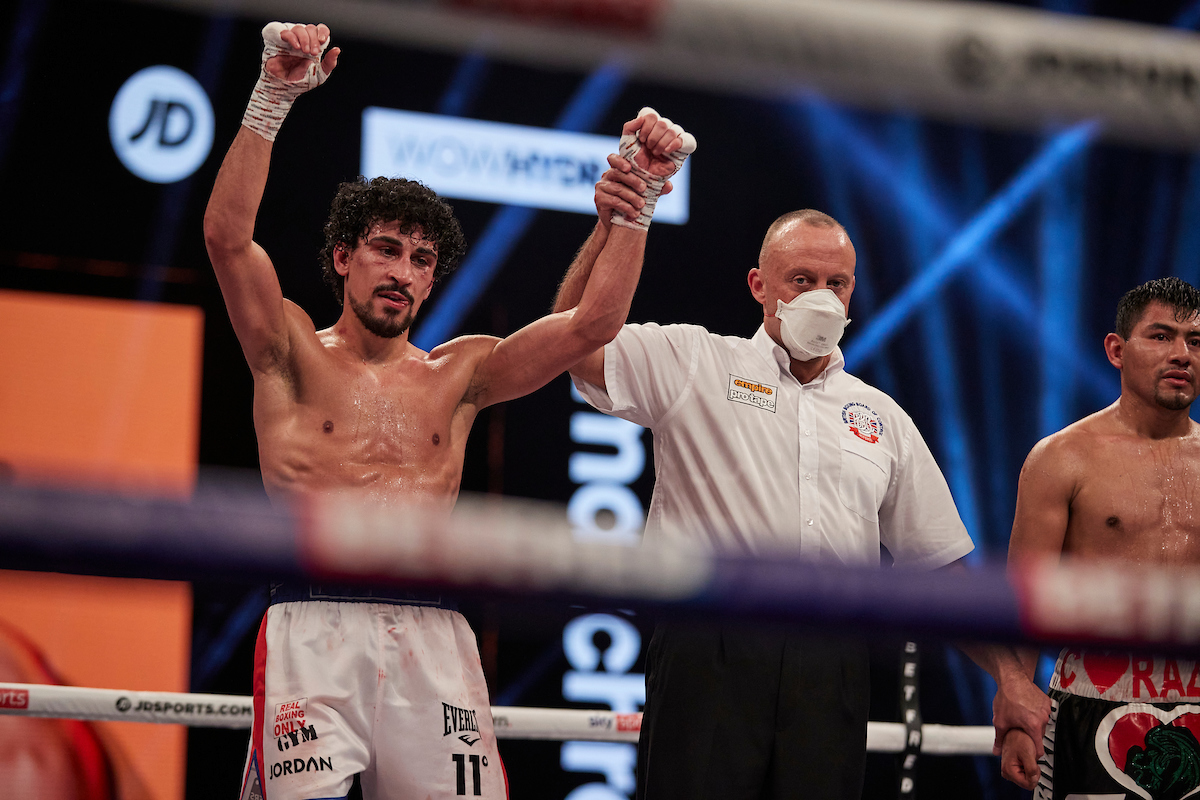 Gill went into the bout off the back of a classy performance against Reece Bellotti at Matchroom Fight Camp back in August of last year. He seemed to continue where he left off as he out-boxed Juarez in a brilliant 10 rounder.

The first really set the tone of the fight with Jordan showing the better boxing skill while his Mexican counterpart wasn’t afraid to trade with Brit.

A lawyer by day, Cesar Juarez was keen to put the home fighter through a cross-examination, finding success during the middle rounds; however never really testing the chin of Gill.

Jordan went into the fight knowing the test at hand: a typically tough Mexican standing in his way of a future world title shot – a challenge more than matched by the 26-year-old.

The fight ended with Gill maintaining the composure he showed from the first bell, never looking in any real danger and coping well with any threatening shots and combinations from Juarez. Smart head and body movement made it hard for the Mexican to really hurt Gill who led with his jab, wearing his opponent down both physically and mentally.

The win puts the featherweight at 26-1 as he continues to move on from his shock loss to Mario Enrique Tinoco in 2019. But, as been proven many times before, the idea of a loss is merely given heightened significance by the more casual fan.

Jordan is proving you can bounce-back from a defeat. An apt concept for British boxing after Josh Kelly’s retirement against David Avanesyan and Josh Warrington’s TKO loss last weekend.

It’s an exciting time in Jordan Gill’s career, as he has proven to have all the skills, IQ and the team behind him in order to power forward and challenge some of the best to become one of the best.