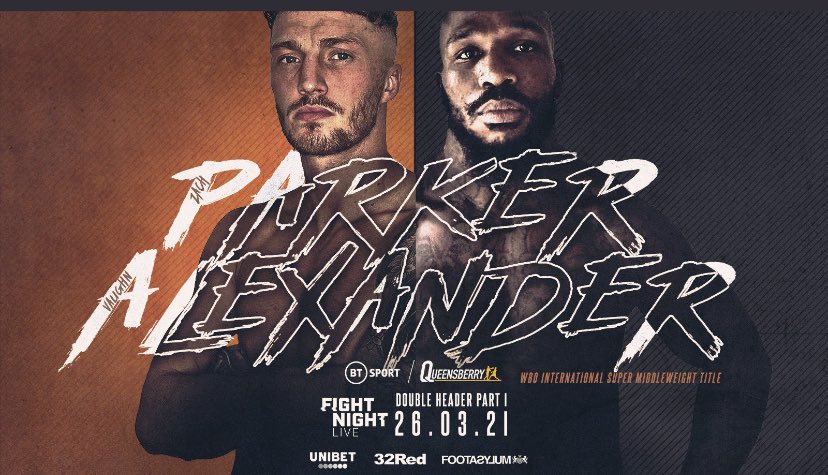 After a gruelling battle, it was Ball who earned the win and retained his undefeated record, closing the gap well and getting the nod on all three cards.

Both underlined why they are so highly-touted as they both sought to outfox each other in a well-matched contest.

Gilley enjoyed a strong start and perhaps edged the opening couple of rounds, landing well with his lead hand.

As the fight grew, Ball established his presence and begun finding a more regular home for his shots, planting his feet and powering home sharp shots from the centre of the ring.

Increasing the intensity, Gilley enjoyed greater success, however, Ball refused to give an inch and the pair exchanged with intent in what grew to be a really fan-friendly fight.

The left hook of Ball proved to be a fruitful weapon, with him having the final word on the majority of occasions as they traded a barrage of shots from short range.

Zach Parker made his Queensberry debut with a blistering second-round stoppage of Vaughn Alexander.

Undefeated in 20 bouts, Parker underlined his power as thundered home shots to Alexander, who wilted under at the hands of the power super-middleweight.

A barrage of shots saw the fight come to a conclusive ending in the second, as Parker called for big fights with the likes of John Ryder and Chris Eubank Jr.

Ryder is ranked number one by the WBO and is on the brink of a mandatory spot against either Billy Joe Saunders or pound for pound king, Canelo Alvarez.

London’s David Adeleye called out Nathan Gorman after he blitzed past debutant Dave Preston in the opening round.

Adeleye wasted no time in dispatching the bewildered Preston, feinting to the head and wilting his man with a powerful left hook to the body.

At super-bantamweight, switch-hitting Brad Foster looked sharp as he defeated tough Spaniard Alvaro Rodriguez, winning every round on all three cards.

Donning shorts draped in symbolism featuring his beloved Atletico Madrid, the Spanish champion failed to match Foster, who commanded the centre of the ring and unleashed right hands.

Rogriguez proved elusive as he navigated through bout on the backfoot, seldom coming forward, but limiting the success of Foster.

Combining his rapid right hand with snappy body shots was an effective avenue for Foster to land against the slipper Rodriguez, who enjoyed successful moments whenever the British champion switched off.

In the final few sessions, Rodriguez elevated his aggression allowing Foster to sharply tee off on the tough European, with the Lichfield man showcasing his wide arsenal versatility and he racked up the rounds.

Foster finished in style – landing a solid left hand to send his man stumbling back as he put the final touches on a solid performance.

Under the tutelage of new coach Steve Maylett, Liverpool’s Sam Maxwell boxed well to win a decision over the game Ben Fields.

Stepping in at short notice, Fields sought to rough up Maxwell in the early rounds as he dug home punches wherever possible. However, the superior work of Maxwell began to take its toll as he sharply fired at Fields whenever in range.

For much of the clash, Maxwell opted to battle with Fields, who happily obliged and marched forward to trade leather.

As he slowed the pace of the bout and sharpened the speed of his hands, Maxwell increased his control of the bout – neutralising the aggression of Fields.

It’s a victory that puts Maxwell firmly on the path to take on British and Commonwealth champion, Akeem Ennis-Brown, who he was meant to take on Saturday before the champion pulled out with an injury.

McCann made the Mexican pay for his mistakes – landing fast shots as Moreno was made to miss by the sharp movement of the Southpaw, McCann.

The pace of the bout was dictated by McCann, as he slipped inside and outside to fizz home his lead right hand.

Moreno struggled to get to grips with McCann and was dropped in the final round and hurt on a couple of occasions against the man, who Frank Warren regards as one of the top prospects in the country.