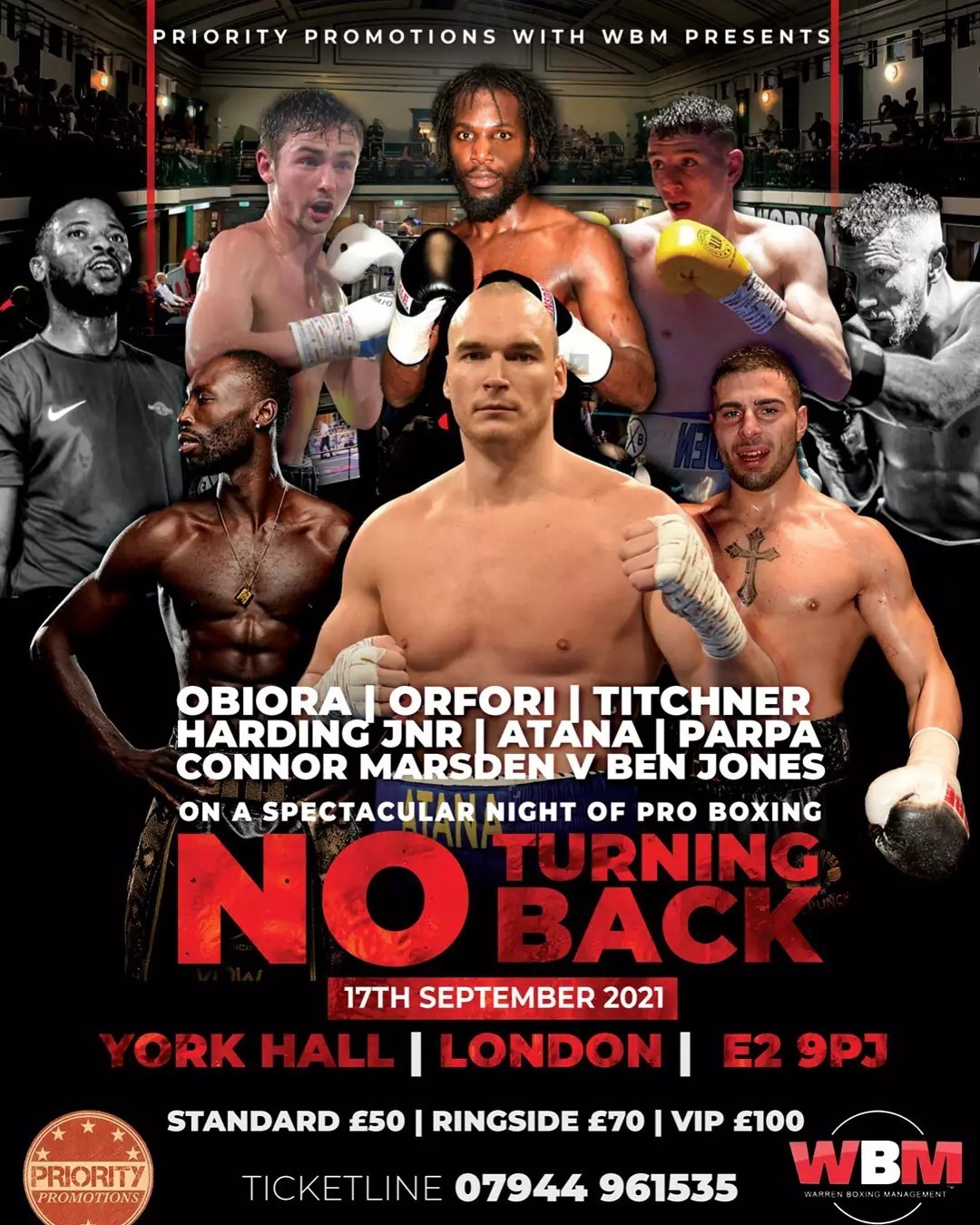 Headlining the show will be a battle for the vacant Southern Area Lightweight title between Ben ‘Boy’ Jones (18-3-1) and Connor Marsden (4-1-0). Both fighters know a win on Friday night would springboard themselves into some big fights in 2022.

Ben Jones comes off the back of two and a half years out of the ring, a period in which he has also changed trainer and gym to Mickey Burke at the I Box Gym in Bromley. The lightweight has been open about difficulties outside the ring. Jones now finds himself in a good headspace and excited to be getting back into title contention. Our full in-depth interview with Ben will be out later.

Ben’s last outing was a controversial defeat to Shaun Cooper (10-2-0) for the WBO Youth Lightweight title on the Billy Joe Saunders versus Isufi undercard. He has previously held the Southern Area title at Super-featherweight. 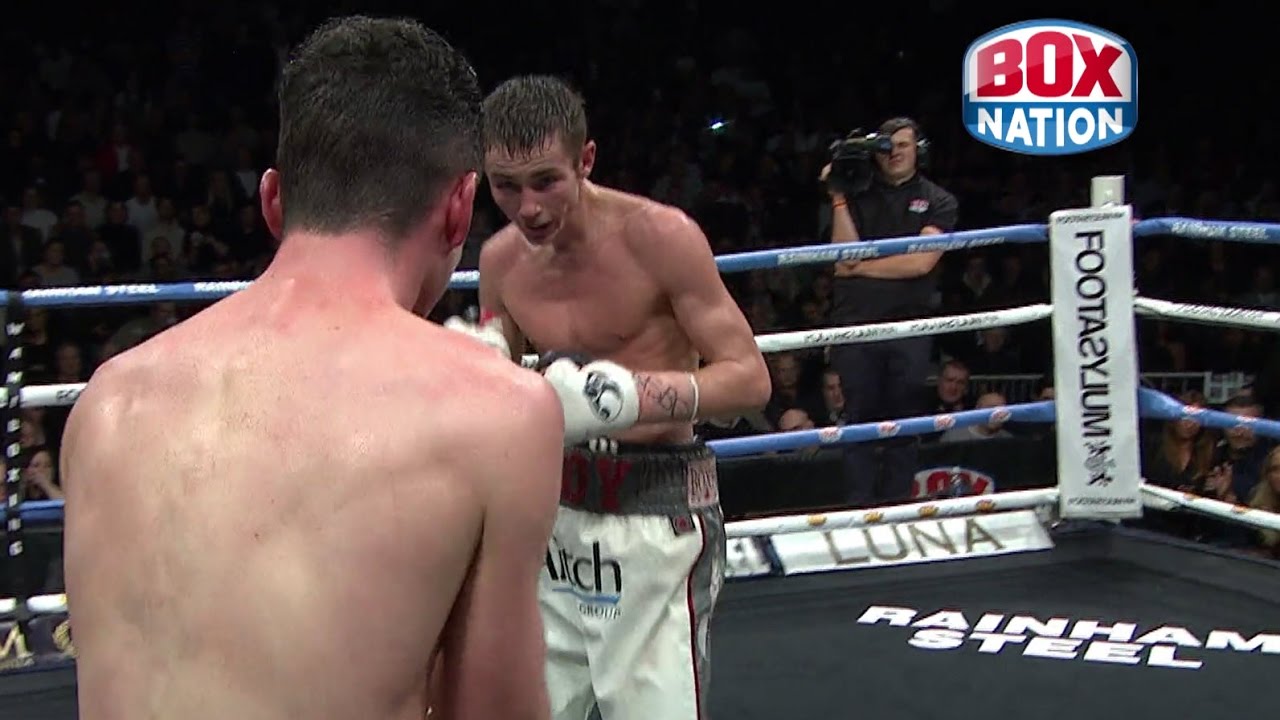 Connor Marsden comes into the fight with four wins in his five bouts, only tasting defeat against Craig Woodruff (10-6-0). This is the Earlsfield ABC star’s first outing since beating Stu Greener in February 2020. The rangy orthodox fighter knows a win over Ben “Boy” Jones would be a win that could propel him to potential English title fights in 2022.

Heavyweight giant Lucian Atana (4-0-0) returns for the first time since late 2019. The 6ft 9 inch Romanian is coached by Jim McDonnell at Club KO in Buckhurst Hill and has stopped all four of his previous opponents. Atana will face Michael Bassett (1-2-0). For Bassett this represents his first professional fight in the UK having fought previously in Denmark, Italy and Germany, the last of which where he stopped his Syrian opponent in the opening round.

The return of Jeff Ofori

Jeff Ofori‘s record of 10-3-1 tells only a fraction of the story with his three defeats coming to Alfie Price (7-0-0), Ohara Davies (22-2-0) and last time out to Archie Sharp (20-0-0). Many thought Ofori had done enough to beat Sharp but Ofori fell just short in the eyes of Marcus McDonnell. The score that day was 96-95.

Likewise against Ohara Davies, Ofori caused Davies problems in round five and the London-based fighter also boasts wins against Ged Carroll away in Liverpool. Ofori makes his return against an as-of-yet unnamed opponent.

Cruiserweight Nick Parpa (9-1-0) makes his comeback with fond memories of York Hall. Parpa’s last fight was here in July 2019 where he comfortably outpointed Daniel Mendes (11-2-0) for the Southern Area Cruiserweight title. After two years out of the ring Parpa will be hoping to make a statement in boxing’s iconic setting. His opponent will be named in the coming days.

Lekan Obiora makes his debut at Super-lightweight. The IT Analyst by day trains out of the Booth Gym in Mertsham with Adam Martin his coach. Teammates include Michael Conlan and Josh Kelly. His opponent is still to be named.

Numan Hussain fights at welterweight. Hussain boasts some amateur experience and is a former member of Haringey Boxing club. He will fight a to-be-agreed opponent over four rounds.

Finally Mitchell Titchner will fight Matar Sambou (1-5-0) on his professional debut. The super-lightweight has made his mark on the white-collar boxing scene and will hope to make a statement on Friday night. Sambou, “the Senegalese Tiger” has fought a whole host of prospect across England in six professional fights.

John Harding Jr (8-2-1) is also listed as fighting but that looks unlikely with social media pictures taken from hospital in the last 24 hours. We wish him a speedy recovery.

All of the action can be seen at York Hall this Friday 17th September in No Turning Back, A Priority Promotions in association with WBM.