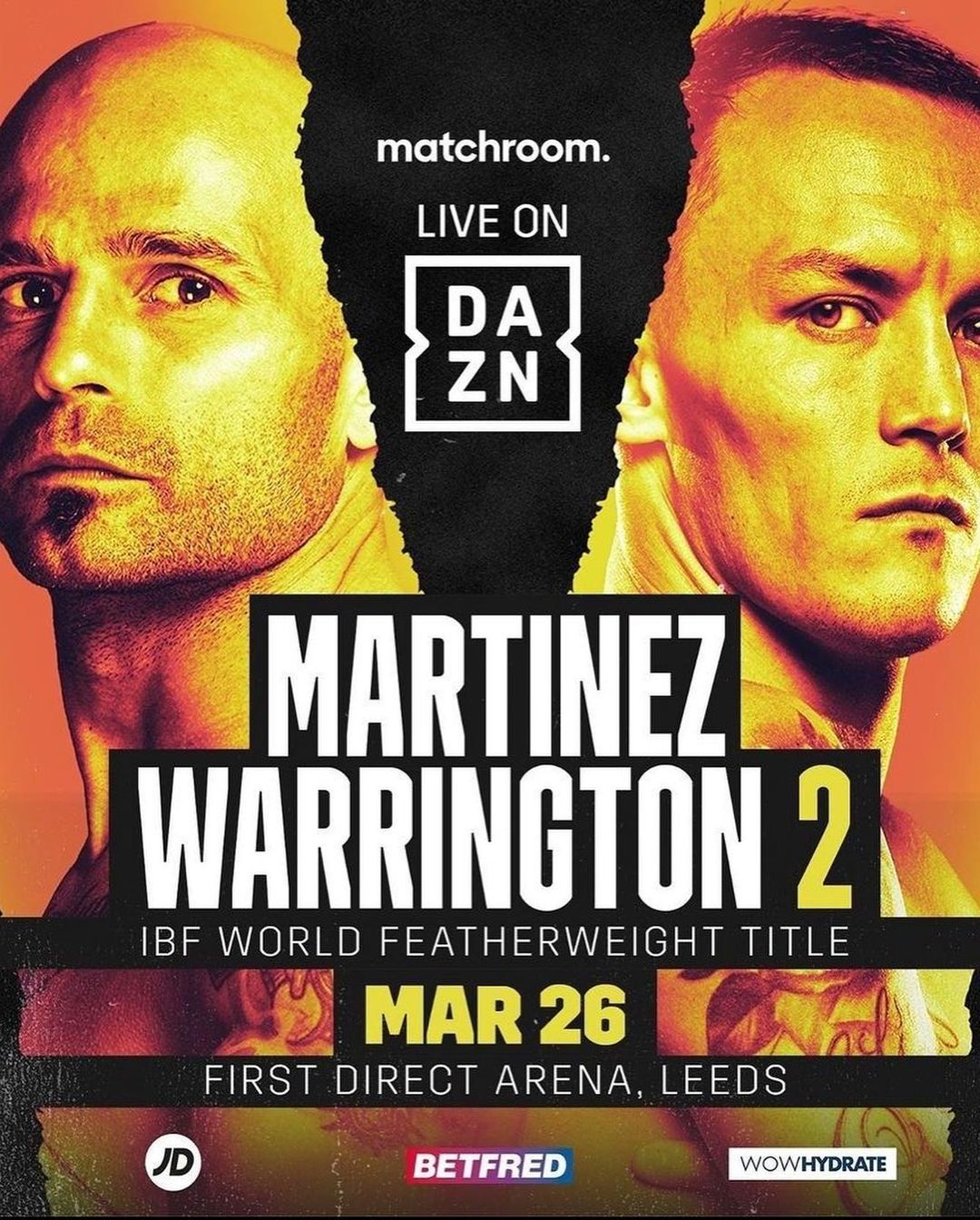 Kiko Martinez Vs Josh Warrington 2 – What to expect

The Leeds Warrior was given a worthy points decision in their first encounter via a hard fought 12 round decision. This time though it’s the Spanish veteran who returns to Leeds with the IBF title strapped firmly around his waist. The British boxing community hold Martinez in high regard for numerous gruelling battles with top class opposition; Carl Frampton, Scott Quigg, Kid Galahad and Zelfa Barret to name a few. He’s won and lost numerous world titles with a career spanning 55-fights to date and comes into the match up full of confidence after a highlight reel knockout over highly rated Kid Galahad last November.

Josh Warrington will be looking to shake off a disappointing end to his highly anticipated rematch with Mauricio Lara in September 2021 which ended in a Technical Decision caused by a head clash. A fight which looks destined for trilogy if Warrington can dethrone the IBF champion on Saturday 26th March at the First Direct Arena Leeds.

Stylistically, the fans can anticipate high work rate from both fighters with a high volume of power punches from the early rounds. Some might say that’s a given. But what factors might come into the play which were absent in the fight first, and how might it play out?

The first time it went off between these two, there was no world title to contest for. Some fighters need an underdog mentality to bring out their best. Josh Warrington certainly had the eye of the tiger on his rise to world glory and I think we’ll see that desire return for the rematch, and if history is anything to go by, Kiko Martinez will defend his title for every second of every round. Neither one of these guys will be easily moved and the desire to win will be tested in the late rounds.

Josh Warrington was undefeated and flying high at 25-0 in 2017 during the first fight. Having experienced a hardknockout loss to Mauricio Lara, we still haven’t seen, if, and how Warrington will adapt his game. Could we see a more patient or precise Josh Warrington, or will be as relentless as ever? A more patient approach could see Martinez could take over in the early rounds. If Josh comes out swinging, we could see a spectacular knockout go either way.

While Kiko Martinez has fought on the road most of his career, Josh is the people’s champion in Leeds. He carries the weight of expectation on his shoulders and feels it’s his right to deliver a showstopping performance for the fans. Josh may feel pressure to perform after 20,000 left Headingly bemused after just two rounds against Lara last year. It’s a different story for Kiko Martinez who’s had the crowd against him before. Nothing seems to have fazed from Martinez producing fearless performances of over the years.

I have a feeling this is a fight that’s slipped under the radar for many fans as the first fight was a decisive win for Warrington. This time around the fight is expected to unfold for more fire straight from the bell.