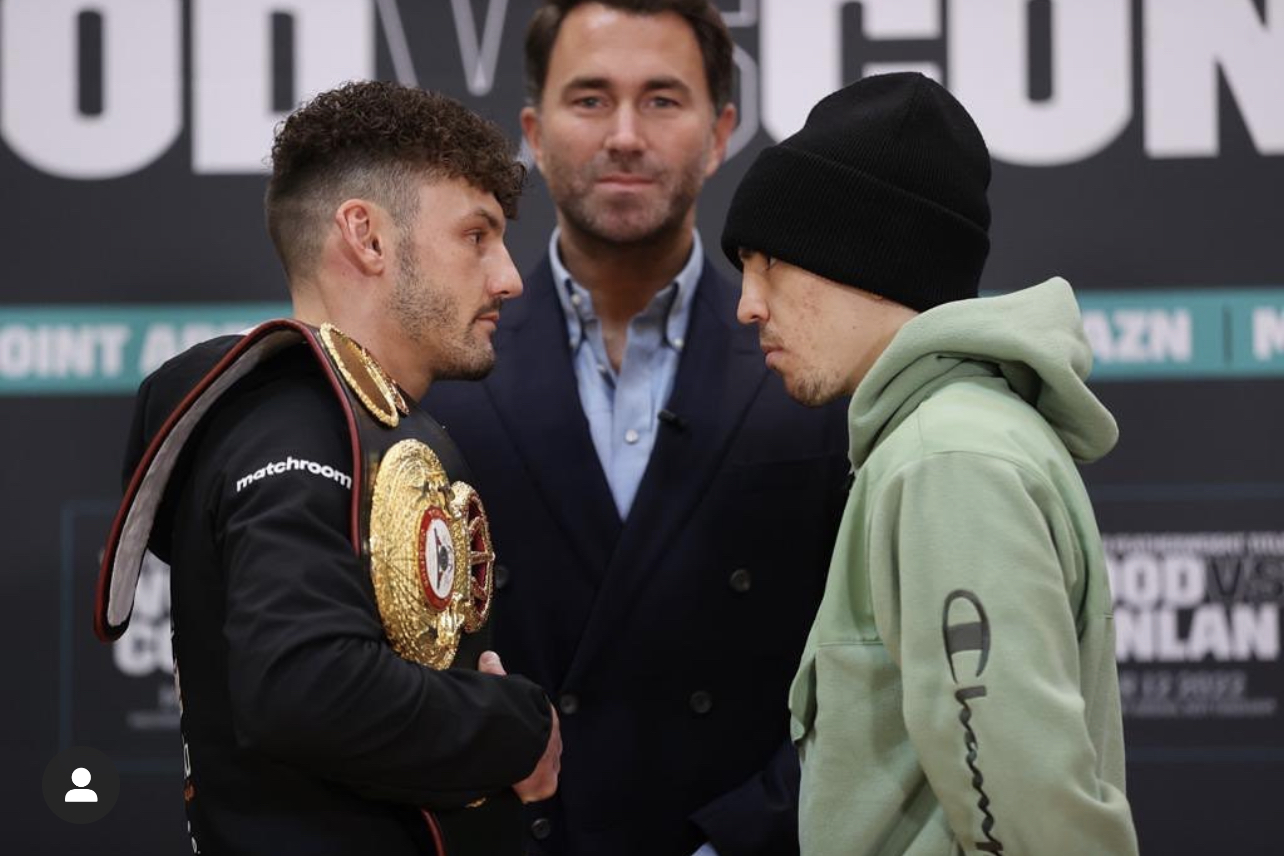 Leigh Wood (25-2-0) gets the homecoming fight he has always longed for this Saturday in Nottingham against an opponent who could prove the toughest he has faced yet in Ireland’s Michael Conlan (18-0-0). With the WBA’s featherweight title on the line (albeit the lesser version given that Leo Santa Cruz is still somehow their ‘super’ champion despite not defending it in over two years), neither man can afford defeat with victory leaving them on the cusp of mega fights at 126lbs. Josh Warrington challenges Kiko Martinez in two weeks’ time for the IBF strap, leaving the door open for the two winners of both fights to come together in the summer.

Wood put on a career-best performance last time out in one of the upsets of 2021 when he dominated and eventually stopped China’s Can XU in the twelfth round at Matchroom HQ last July. That bout came about after he claimed the vacant British featherweight title in the fight before, stopping Leeds’ Reece Mould inside nine with a similarly dominating performance. Trainer Ben Davison has not been shy in highlighting the power Wood possesses in both hands, an advantage he will hope to make full use of on Saturday night.

Conlan meanwhile may have slightly underwhelmed as a professional since his debut at Madison Square Garden back in 2017 whereby he was walked to the ring by fellow countryman and superstar Conor McGregor. Lots has been expected of the Belfast man who fell victim to a controversial judging decision at Rio 2016 to Russia’s Vladimir Nikitin, robbing him of a place in the Olympic Final. The Irishman got his revenge as a pro at the back end of 2019 however whereby comfortably outpointed the Russian over ten rounds at MSG. A stoppage of Sofiane Takoucht and points wins over IonutBaluta and TJ Doheny respectively followed, but a win against Wood would be by far the standout victory of his early professional career so far. The criticism that has been thrown his way no doubt stems from his incredible talent and a desire to see him put his foot down and assert the dominance fans know he is capable of. Satruday wouldn’t be a bad time to start.

The undercard features Terri Harper’s (11-1-1) first fight since her frightening knockout defeat to Alycia Baumgardner which saw the Doncaster fighter surrender her WBC title at 130lbs in the process. Harper returns at 135lbs this time and should be afforded enormous credit for originally agreeing to face the experienced Heather Hardy before the American pulled out due to a wrist injury. Instead, Argentina’s YamilaBelen Abellaneda (13-4-1) will stand in the opposing corner as Harper looks to return to winning ways.

At lightweight, Ireland’s Gary Cully (13-0-0) faces former IBF world champion Miguel Vasquez (44-10-0), a man who has proven recently to still pose more than a worthy challenge to those not up to scratch, even if he wasn’t awarded the decisions on the night against the likes of Lewis Ritson and Ohara Davies respectively. Victory for the Irishman would secure an impressive name on his resume as he continues to develop in the professional ranks.

Belfast middleweight Caiomhin Agyarko (10-0-0) fights for a second time since signing for Matchroom, this time against Juan Carlos Rubio (18-1-0) as he looks to climb the rankings in the WBA. One of the best prospects in British boxing, Sandy Ryan (3-0-0) returns at super-lightweight for the fourth time as a professional. Ryan looked ruthless in Manchester in December, stopping her opponent inside three rounds and will look to secure her third stoppage in four fights against Erica Anabella Farias (26-5-0) who has gone the full rounds with Mikaela Mayer, Jessica McCaskill twice and Cecilia Braekhusrespectively.

Tony Bellew’s Liverpool light-heavyweight Thomas Whittaker-Hart (5-0-0) will face Ben Thomas (2-14-3) as he continues his professional development, and heavyweight Thomas Carty (2-0-0) will fight for the third time in the pro ranks against Poland’s Michal Boloz (2-3-2). Nottingham’s Nico Leivars makes his professional debut at featherweight against Jose Hernandez (4-38-1).

Saturday’s will be shown live on streaming platform DAZN.