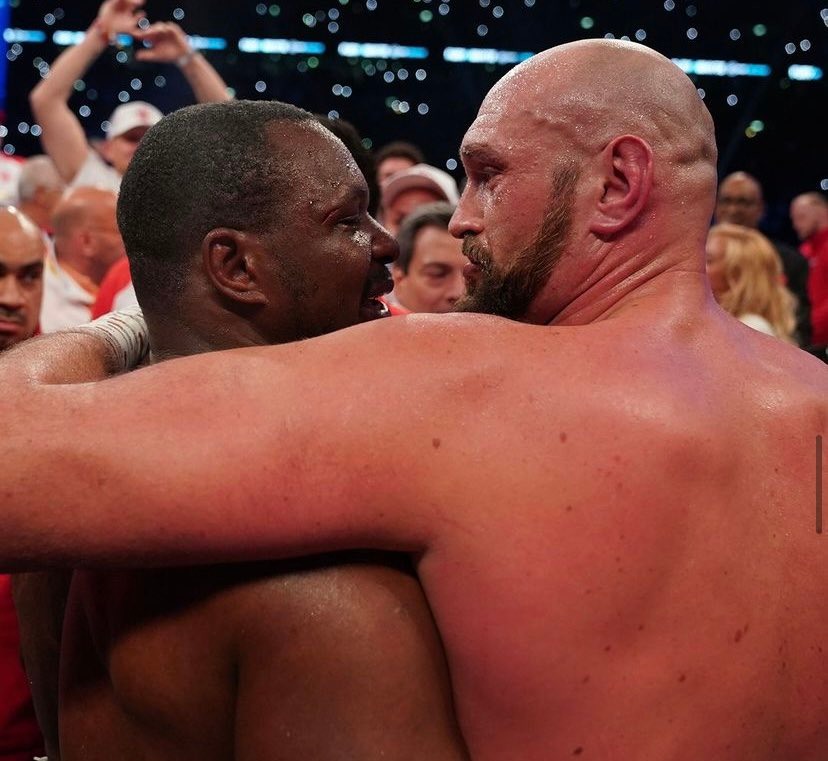 If Saturday night was indeed the final chapter in an exhilarating Tyson Fury career, then ‘The Gypsy King’ bowed out with a bang as he detonated a devastating right uppercut on an unsuspecting Dillian Whyte at the end of the sixth round.

The shot concluded a masterful Fury performance, the first round used almost serving as a feeling out session for the champion who, to the perplexment of practically everyone watching, faced a Dillian Whyte who chose to start the bout out of a southpaw stance. The change didn’t bring much success for the challenger however with Whyte caught off balance towards the end of the first, allowing Fury to land with the right hand which surely took him the round. Whyte reversed back to orthodox for the second, this time Fury beginning with his right foot forward before himself switching back. The accuracy of Fury’s jab shone through, often teeing it off with straight rights to take another round. The third was similar, Fury boxing the head off of Whyte who had already missed wildly on a number of occasions. Tempers flared in the fourth as the challenger struck with an elbow as the two wrestled on the ropes, Fury and his corner clearly aggrieved by the dirty tactics of Whyte. The same happened minutes later, referee Mark Lyson issuing a warning to both men as he attempted to maintain control of the ring. The next round saw Whyte missing wildly again, Fury’s fleet of feet demonstrating a clear disparity in levels between a genuinely world-class fighter and one who belongs in the same sentence as the elite. The legs of the challenger even appeared to stiffen after a straight right of Fury crashed against Whyte’s chin, a sign of what was to follow in the next round. Fury had won every round so far, surely holding a wide advantage on the scorecards, though they would not be necessary after, for the third time in his career, Whyte was caught cold by an uppercut that rocked him to his boots, leaving him initially flat on his back before he attempted to summon the strength to regain his footing. That he did, but upon referee Lyson’s commanding to take steps towards him to demonstrate his legs were back under him, Whyte stumbled forward and the Liverpudlian official waved the contest off.

The champion immediately went over to his fallen foe, who he had known for over a decade, and kissed him on the head in recognition of both his heart and the history the two have shared, most of which spent as friends. Fury had insisted both during the build-up to the contest at Wembley and again during the aftermath that the fight would be his last and that he would be sailing into the sunset with his family and the riches he had made as he reigned supreme atop of the heavyweight division again. Whyte meanwhile can be proud of the stellar career he has enjoyed to date, headlining multiple pay-per-views, selling out Wembley Stadium and making millions in the process. He has a lot of miles on the clock, engaging in punishing fights with the likes of Dereck Chisora, Joseph Parker and Oscar Rivas as well as being knocked out clean by Anthony Joshua, Alexander Povetkin and now Tyson Fury. If this is to be his final stanza inside a professional boxing ring, he can be more than proud of everything he has achieved given the start he was handed in his early life. Not many overturn the trajectory of their life like ‘The Body Snatcher’ has.

One thing that both Fury and Whyte do have in common, outside of the incredible heart and grit demonstrated inside the ring, is also their determination outside of it. Both have been down in life, looked as though there would not be a way out of the dark shadows looming over them, but they overcame all the odds to triumph once again. As British fight fans, we can be proud, and if we don’t see them again, we should be thankful for everything they have given us.