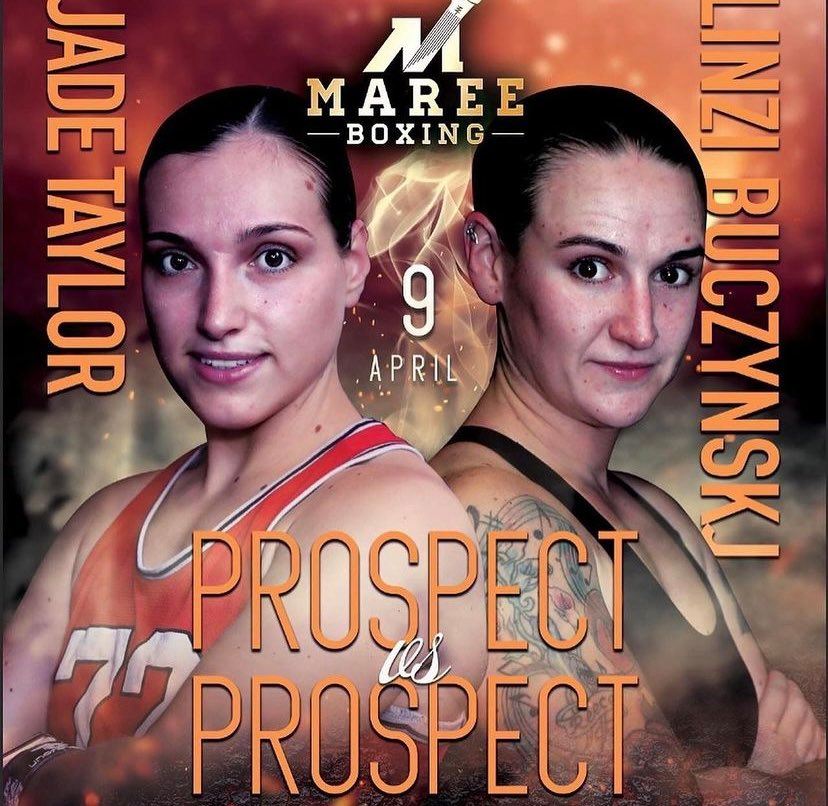 Oldham Leisure Centre witnessed the first female central area titleholder in history on Saturday in the shape of Salford’s Jade Taylor, who moved to 5-0-0 in the professional ranks after ten closely contested rounds against Bolton’s Linzi Buczynskyj. Taylor was announced a narrow 96-95 winner on the cards to claim the title, with Buczynskyj now moving to 2-1-0 after the first professional defeat of her career.

Taylor told BBTV shortly after the conclusion of the bout that it’s ‘mad‘, and that ‘she felt amazing‘ following her victory. ‘It was good to get the ten rounds under my belt and to put a performance on like that, and for both of us to have a good fight in the main event and obviously making history. It was good‘. On her plan heading into the fight, Taylor told BBTV, ‘the game plan to come forward. I started doing that, and then I began picking her off on the back foot and fell back into my comfort zone which won me the fight’.

The ten rounds saw a lot of action, entertaining for all witnessing ringside, which the Salford fighter was expecting. ‘I knew she was a game boxer and that she was gonna come for it, we both went to war. It was a good scrap‘. The close nature of the fight gave rise to inevitable talk of a potential rematch between the pair, Taylor confident that it might happen. ‘I think they’ve given her two weeks to decide if she wants it [the rematch], but knowing Linzi she’ll probably take it‘. Both sides certainly felt they edged the bout, and a lot of eyes will be on both fighters if they were to run it back a second time.

The bout marks yet another sign of the growth in the female code in recent years, led by the likes of Ireland’s Katie Taylor, with female fighters making more headlines now than ever seen before. April 30th sees a huge showdown between pound-for-pound greats Taylor and Amanda Serrano in New York, as well as an eagerly anticipated undisputed middleweight clash between Michigan’s Claressa Shields and Hartlepool’s Savannah Marshall. Female boxing is flying, with huge progress made in recent years, and fight fans can be even more excited to see how much growth will be seen over the next five.

Further down the card in Oldham, light-heavyweight prospect Callum Simpson moved to 7-0-0 as a professional with a first-round stoppage thanks to a heavy left hook to the body of Slovakia’s Michal Gazdik. Also at 175lbs, Leyton Collymore secured his third win in as many fights with a comfortable 40-36 points victory over four rounds against experienced journeyman Lewis van Poetsch. Cruiserweight Jack Fay drew his second professional fight over four rounds versus Luis Palmer, his record now standing at 1-1-0 compared to Palmer’s 0-2-1. The latter has proved a tougher test than most have expected so far as a pro, holding Mali Wright to a draw in his first pro fight before losing closely on points in the rematch.