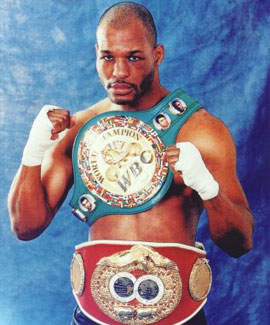 Bernard Hopkins – There is no definition of Special

In an alternate reality there is place where age doesn’t hamper us, where you never quite “lose it”. For some this place is somewhere in a parallel universe, for others it’s at the bottom of a bottle, but be sure of one thing: it does exist. Schrodinger said so.. Perhaps Schrodinger would never have got anywhere if he had used Bernard Hopkins instead of a cat in his famous thought experiment which, to this day, makes my head hurt. Hopkins would have still been standing, defying all logic. Going under his new moniker – The Alien – may well have given us a clue to what is keeping Bernard going after all these years, maybe he’s going to win his next fight and get beamed aboard the mothership? I wouldn’t put it past him.

I lost count of how many times the commentators said the phrase “at 49 years old” last night, but it was more than 49 times. Hopkins wouldn’t have cared. Neither would Beibut Shumenov, although I bet you he was secretly smiling with joy that he had got a chance at the old man. He needn’t have bothered. The only person smiling in that ring last night was Bernard.

Shumenov was an awkward guy to fight, and durable, but although Hopkins looks much stiffer than he did when he first won a world title and the Spice Girls had just had their first number one hit, he was still a light year ahead of the man from Kazakhstan (Via Las Vegas). Hopkins still possesses a long distance straight right which seems impossible to connect with, but does so every time – Shumenov will tell you all about it right after he stops seeing the Hopkins fist looming towards him in nightmares. Bernard still has guile, class, and the age of the man is just a testament to how hard he must train – I never looked in that kind of shape at 18, never mind how I expect to look at Hopkins age.

As the fight ended Hopkins took to the crowd to shout “Unify before I’m 50!”. One judge didn’t see things that way and gave the fight to Shumenov, prompting huge boo’s from the crowd, but sense prevailed and the other two judges had Hopkins clearly in front. In truth, he had won that fight by light years of difference in every department required of a modern fighter.

Post-fight, Hopkins called out Adonis Stevenson – which we’d all love to see – and should he win that, his much talked about legacy will reverberate down the years until long after all of us are testing out Schrodinger’s theory for ourselves. “What makes you special?” asked the post-fight interviewer.