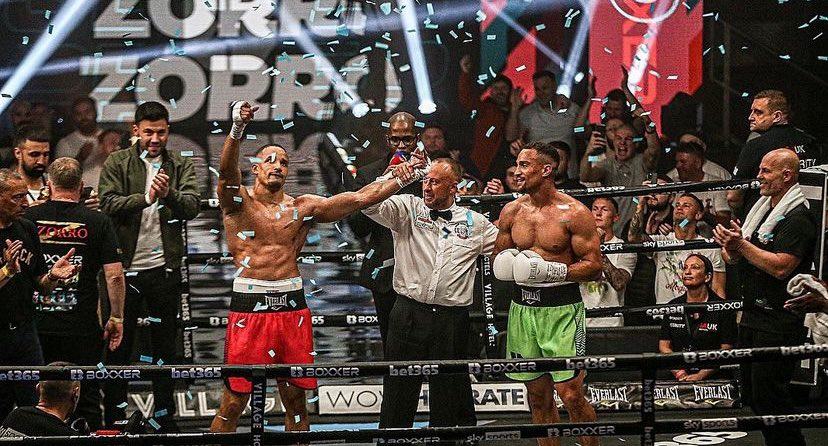 Ellis Zorro comes out on top in BOXXER Series in Manchester

Zorro was impressive throughout, initially moving past James Farrell with a unanimous three-round points decision at the quarter-final stage before defeating Jamie Smith in the semis by the same margin. It was Reeves who would contest the thirty-one-year-old Zorro in the final, with a £40,000 check on the line as well as the opportunity to fight on the Sky Sports and BOXXER platform. The contest was close throughout but the three judges deemed Zorro a slight winner by scores of 30-27 and 29-28 twice respectively, and he will now be hoping to follow in the footsteps of Mikael Lawal who won the same tournament back in 2019 and regularly appears on BOXXER shows. Zorro even called for the winner of a potential upcoming clash between Lawal and Deion Jumah for the British title next as he looks to leave a dent in the domestic cruiserweight scene.

The tournament structure has been long proven to be an entertaining spectacle for fight fans, dating back to the old Prize Fighter format on Sky Sports years ago, and Saturday’s event proved to be no different with the big men going at it in an attempt to change the trajectory of their careers. The relatively inexperienced Sheldon McDonald was particularly impressive on the night despite his semi-final loss to Reeves having only had three professional contests heading into the night, and looked to be moving towards a close points victory before a late Reeves rally halted him in his tracks. Reeves has quite a story of his own, entering Saturday with just two professional fights under his name and working Monday to Friday as a school teacher.

Credit to BOXXER and Sky Sports for putting these tournaments on and giving fighters opportunities they may not get otherwise as they look to change not only their careers but their lives too.