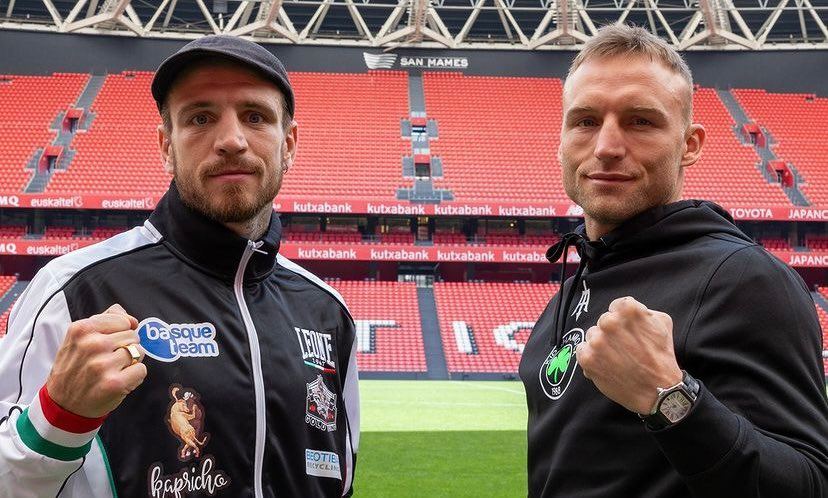 Liverpool’s James ‘JJ’ Metcalf (22-2-0) heads to Spain this Friday to take on an in-form Kerman Lejarraga (34-2-0) in his home town of Bilbao, live on DAZN. The Spaniard has made habit of feasting on British fighters of late, stopping both Jez Smith and Jack Flatley in defence of his EBU super-welterweight title, and ‘El Revolver’ will be hoping to halt the Liverpudlian in similar fashion this weekend. Metcalf meanwhile got back to winning ways with a run-out against Evgenii Vazem in April, stopping the Russian in the fifth of six scheduled rounds, after suffering back-to-back defeats to Ted Cheeseman and then Kieron Conway in 2021. Both fights were not only marginally close but also spectacular for those watching on, with Conway edging a close points decision in October, seven months after Cheeseman scored a huge left hand to stop the now thirty-three-year-old in Gibraltar in a fight of the year contender.

Lejarraga hit the ground running when he took the decision to move up to 154lbs in 2020 following two consecutive defeats to the ever improving David Avanesyan at welterweight, picking up the European strap over Dylan Charrat last September, and is looking to continue to climb the ranks towards world level in a division where world titles could soon become fragmented once undisputed champion Jermell Charlo makes the move to middleweight. Metcalf will be hoping to score what would surely prove an upset as he hopes to land a major title of his own.

Friday’s undercard also features two more Brits, with Anthony Crolla‘s lightweight protege Rhiannon Dixon (4-0-0) scheduled to face-off against Mahjouba Outbil (4-0-0) of Morocco as she continues her professional assent. Wigan’s James Moorcroft (16-1-0) is also slated to contest against Spain’s undefeated Jon Miguez (16-0-0) at welterweight over eight rounds as the twenty-eight-year-old Moorcroft looks to leave an impression on the Bilbao crowd.

Another fight to look out for during the broadcast is contested between Angel Moreno (21-4-3) of Madrid and Jairo Noriega (11-0-0) of Villarreal as the two Spaniards come head-to-head with the vacant EBU European flyweight title on the line.