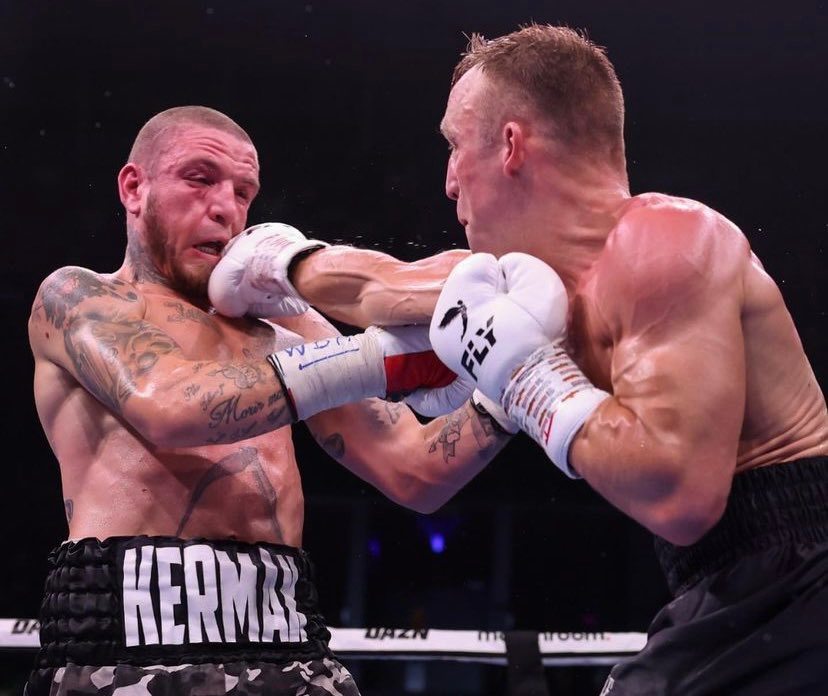 Liverpool’s James Metcalf Jr completely changed the trajectory of his professional career on Friday night as he out-boxed and out-pointed Kerman Lejarraga in front of the latter’s home Bilbao crowd. The thirty-three-year-old Metcalf entered the evening a sizeable undergo against the in-form Spaniard who had already disposed of two Brits in his previous three fights, but ‘Kid Shamrock’ was undeterred as he enjoyed consistent success with his orthodox jab and straight right-hand, the footwork of Metcalf particularly impress as he continued to evade the former European champion. Lejarraga looked frustrated as he struggled to tie down his former sparring partner, though ‘La Revolver’ did look to be building some momentum during the middle rounds. Any success was soon quashed again by a determined Metcalf though who finished the ten rounds the stronger of the two, showing good lateral movement and piercing the guard of Lejarraga with a rapid straight right. By the end of the ten rounds, Lejarraga looked despondent and raised the right arm of Metcalf before the scores were read out, appearing to concede defeat as he pointed to the Liverpudlian’s corner and nodded his head.

MC David Diamante announced the verdict minutes later, with all three judges finding Metcalf a close winner by scores of 97-94, 96-94 and 96-95. After a difficult 2021 whereby he lost to domestic rivals Ted Cheeseman and Kieron Conway, Metcalf is now arguably in the strongest position he has ever been in as he again looks for the big names at 154lbs.

The undercard in Bilbao saw Wigan’s James Moorcroft suffer the second defeat of his professional career after he was stopped in the sixth by Spain’s Jon Miguez in a scheduled eight-round contest. Rhiannon Dixon secured her fifth professional victory in as many contests with a unanimous decision victory over six rounds over Mahjouba Oubtil despite suffering an injury to her left eye, landing a beautiful right-hand over the top to floor the Moroccan.