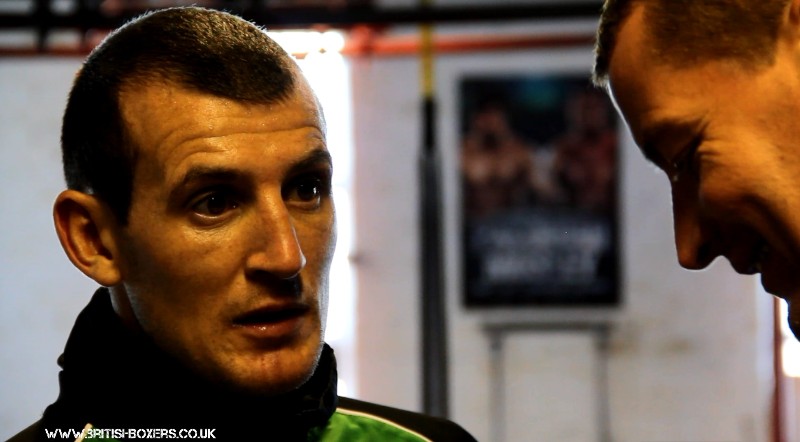 Liverpool star Derry Mathews will feature on two big shows at the Echo Arena in the coming months when he fights on Friday 6th March before going on to face Richar Abril for the WBA World Lightweight title on Saturday 18th April.
Mathews was due to face Abril on the 6th March, but the Cuban World Champion was forced to withdraw last week after being diagnosed with a viral infection and unable to train, with his team asking to postpone the date.
However, the Merseysider will still fight on the title packed show alongside fellow Scousers Kevin Satchell, Jazza Dickens, Liam Smith, Tom Stalker, Stephen Lewis plus Lancashire hot-shot Jack Catterall, in a defence of his WBA Continental title.
He will then headline a show on Saturday 18th April when he aims to finally realise his dream of being crowned world champion in front of his home fans when he takes on the reigning world champion.
Mathews’ last fight was in October when he defeated Adam Dinsdale to claim the WBA Continental title and says he be razor sharp for Abril come fight night.
“After a nightmare few days when Abril withdrew I’m delighted that he kept to his word and is still coming to Liverpool and defending his title against me.  My promoter Frank Warren and management team have worked hard behind the scenes to keep my world title dream alive and I’m really grateful,” Said Mathews.
“First I’ll fight on March 6th at the Echo Arena, the date originally scheduled for my title challenge and which I have focused and trained hard for and I’ll use it to sharpen up against Abril,”
“Then on April 18th it’s the big one against Abril.  Like I said before, this is the culmination of my career and the moment I have been waiting for.  I will be fitter, sharper, stronger and hungrier than ever before to make sure I win the WBA World title in front of my home crowd.”
Tickets for ‘MERSEYBOYS’, on Friday 6th March, are available from the Liverpool Echo Arena Box Office on 0844 8000 400 or www.echoarena.com and Eventim on 0844 249 1000 or www.eventim.co.uk
An announcement when tickets will go on sale for the Saturday 18th April show will be made shortly.
BoxNation will televise live and exclusive on Sky 437/HD 490, Virgin 546 and Talk Talk 525.  Subscribe at www.boxnation.com  Or watch online at Livesport.tv and via iPhone, iPad or Android.