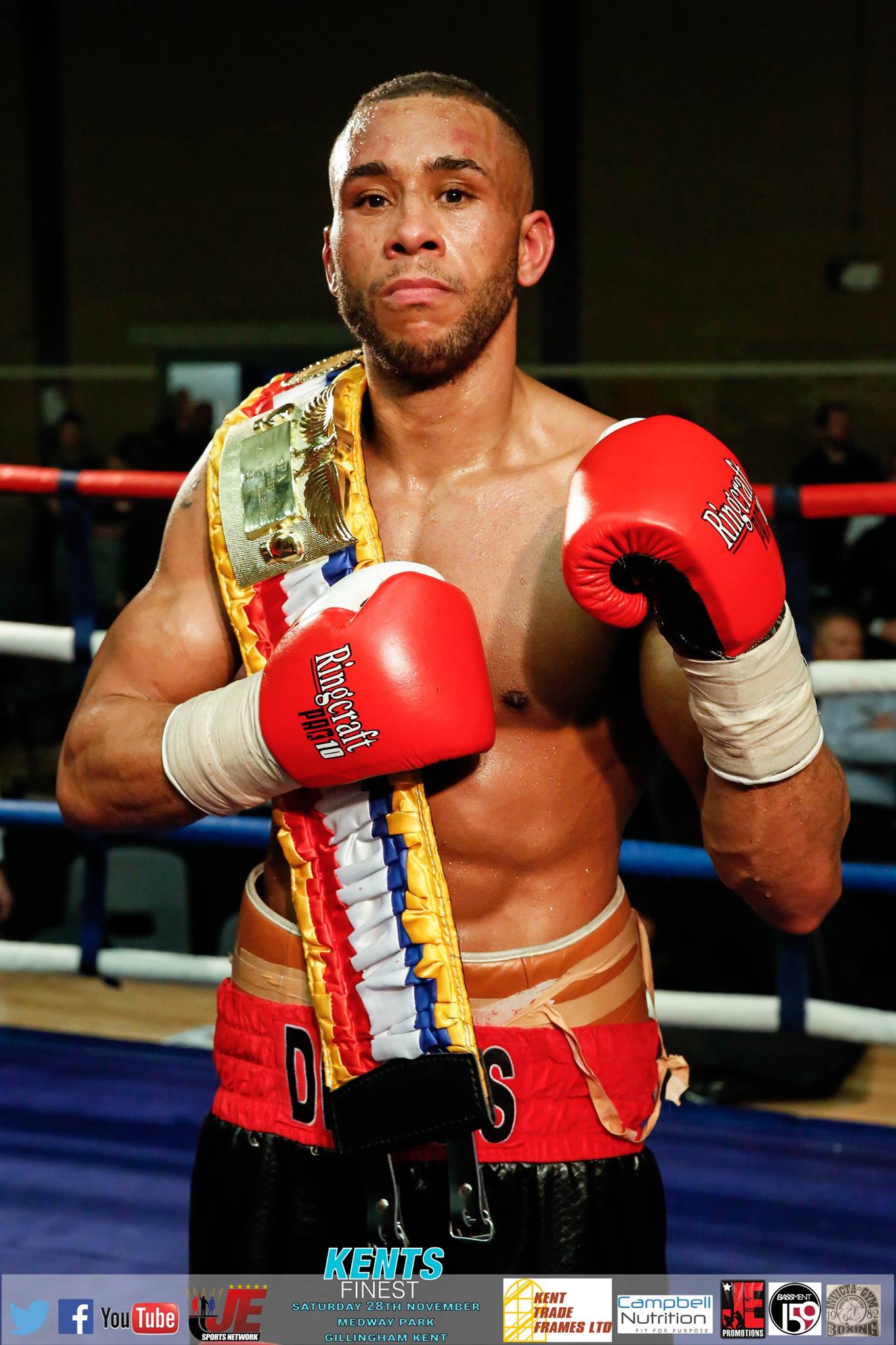 Unbeaten middleweight prospect Grant Dennis (6-0) has been handed a shot at the prestigious Southern Area title on November 12th at the Metropole Hotel in Brighton.

The 32-year-old ‘Go-Getter’ from Chatham will face the current holder Nicky Jenman (15-8-1), 30-years-old from Brighton, on a Warrior Promotions show.

The British Boxing Board of Control declared Dennis as the mandatory challenger to the title after racing to six fights unbeaten and collecting both the British and International Challenge belts.

The Kent puncher commented on his forthcoming foe, “I’m totally prepared for the step-up because I’ve wanted it for a while now and the Board made it happen, so I’m glad to have been made the mandatory challenger.

“He’s obviously beaten a few decent opponents on the road and got the wins and the momentum to go for the belt.

“I know he wants it but I’m a level above and I’m more than confident.”

The current Southern Area titlist from Sussex is a southpaw, who won the honours in a thrilling 10-rounds contest with Nathan Graham in February this year in his hometown, scored at 98-94 by referee Lee Cook.

Managed by Scott Welch in his Brighton and Hove Boxing Club, Jenman is presently enjoying an eight-fight winning streak, his last loss coming at the hands of the current Commonwealth middleweight champion Tommy Langford back in August 2014.

The pair share the same previous opponent in Czech boxer Jan Balog (10-29-1). Jenman cruised to a shutout points win over six rounds in Surrey last July, while the 33-year-old from the Czech Republic managed to deck Dennis in the second round of their International Challenge belt contest, which the home fighter went on to win 78-73 on points.

Dennis’s most notable win was against former Midlands Area champion Wayne Reed in November last year, picking up the British Challenge belt in the process.

“My last two opponents have been southpaw and he’s just not quick enough to bother me,” quipped Dennis.

“What he has got is experience, toughness and a good work-rate; but I base it on my own strengths, no one works harder than me, I’m always in the gym even when I’m not fighting.

“I’ve got a good work-rate but I don’t just throw shots for the sake of it, and it’ll come down to levels on the night.

“I’ve just got natural sharpness, better athleticism and work-rate and he’ll realise what he’s in for when he gets in there with me.”

The Southern Area strap is the oldest title in British boxing and Dennis plans to use it as a stepping stone to bigger honours, “He’s found his level and he’s happy to stay at that but I want to push on and go on to bigger titles and this is the first step in the right direction,” he said.

The Sussex southpaw will enjoy the home advantage on the night; however, Dennis claims that fighting away won’t phase him, “I’m going to his backyard, but it’s just a canvas and ropes and a referee in there.

“It’s nothing to me, the home advantage won’t go to him because the ring is my home.

The forthcoming challenger concluded, “The plan is to win this title then get another six-rounder in before Christmas.

“I’ll let things unfold naturally but I want to be knocking on the door for the English title next.”