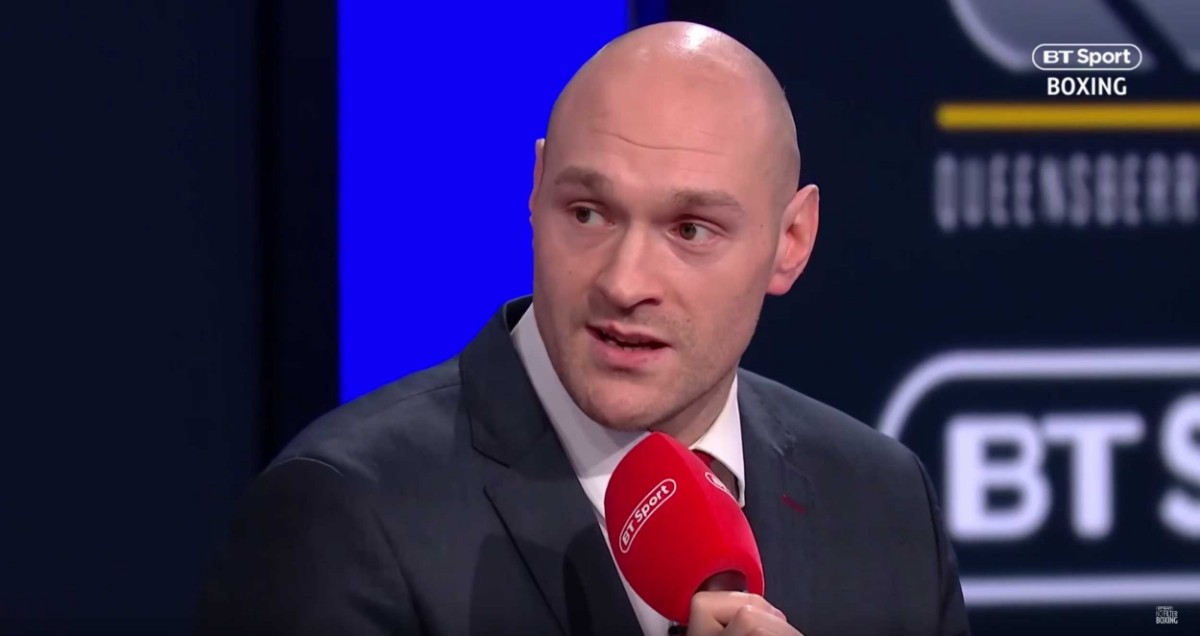 Fury reportedly in talks to face Usyk-Joshua winner in December

According to MailSport, Tyson Fury is in talks to reverse his retirement decision to face the winner of the upcoming rematch between unified heavyweight champion Oleksandr Usyk and Anthony Joshua, which is set to take place in August in Saudi Arabia.

Fury announced his decision to retire from the sport after knocking out Dillian Whyte at Wembley Stadium in April in front of 94,000 fans, and looked to bow out on a career which saw him also dethrone Usyk’s countryman Wladimir Klitschko in Germany as well as conquering American powerhouse Deontay Wilder twice in his own country in an enthralling trilogy.

It turns out that there may yet be at least one more chapter however in the story of the ‘Gypsy King’, with the Mail reporting that a proposed bout between Fury and the winner of the rematch will take place in Saudi Arabia on December 17th, topping off what could prove a momentous day for British sport with the World Cup final taking place the day before in Qatar. The move marks another step in the Saudi Royal family’s attempt to change the perception of the country, for the world ‘to recognise Saudi Arabia as more than an oil country, of which sports and culture is an integral part‘, so said one of the Mail’s sources close to the royal hierarchy.

Usyk and Joshua are set to run it back in two months time, eleven months after the Ukrainian comfortably outpointed the Brit in London, claiming the heavyweight titles in the process. Joshua quickly enacted a rematch clause inserted in the contract and the pair were set to fight again five months later, until Usyk’s home country Ukraine was ravaged by war as a result of the Russian invasion in February. Any plans for a rematch were initially parked as Usyk returned home to defend his country, before the former undisputed cruiserweight champion revealed in March that he would indeed return for a second fight with ‘AJ’ in March.

British fight fans have been handed hope again that a mega dust-up between Fury and Joshua could in fact take place, though the latter must first overcome a monumental hurdle in the shape of the Ukrainian who will be more hungry than ever before to not only remind the world of his pound-for-pound ability but also to use the platform to shed light on the incidents taking place in Ukraine.