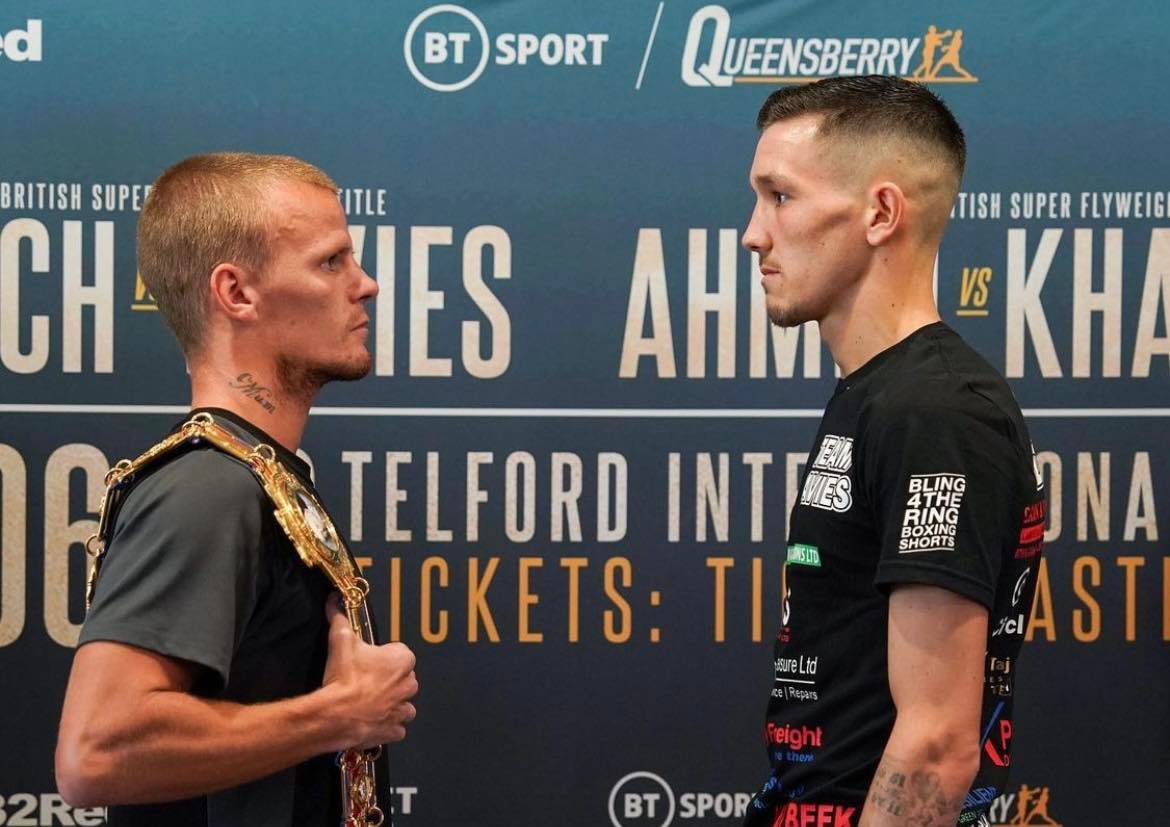 Leach secured the belt last time out when he emerged a unanimous winner after twelve rounds against Chris Bourke, continuing an impressive run of form which was kickstarted with a huge upset victory over top prospect and former Team GB man Qais Ashfaq in October of 2020. The twenty-eight-year-old Leach will no doubt be in a tough fight again this weekend against the undefeated Davies, who has five knockouts in eleven victories so far, and the former will no doubt be buoyed by the support of his hometown fans in Telford.

The British title at super-flyweight will also be on the line on Saturday as Ijaz Ahmed (10-2-1) and Quaise Khademi (8-1-1) complete a trilogy of domestic dust-ups in fifteen months. Ahmed won the first contest by majority decision in February of 2021 before the pair fought to a split-decision draw six months later. The Lord Lonsdale belt was also on the line during that second contest but remained vacant due to the result, and both men will be hoping to mark the trilogy with a dominant performance this weekend.

Scotland’s Willy Hutchinson (13-1-0) returns on Saturday for the first time since defeat to Lennox Clarke fifteen months ago in an eight-round contest versus Karel Horejsek (18-13-3). Hutchinson will be looking to regain some momentum in a promising career so far and will no doubt have learnt a lot from the only professional loss on his record so far. 140-pounder Ethan James (8-0-0) will also compete in an eight-round contest, with the opponent yet to be confirmed at the time of writing.

A host of prospects are also scheduled to appear in Telford, with Muhammad Ali (3-0-0) fighting over six rounds against Brayan Mairena (11-27-1) at super-featherweight. Welterweight George Bance (3-0-0) faces Richard Helm (1-8-1) over six, while William Hayden (3-0-0) returns for the fourth time as a pro against Engel Gomez (8-10-1) at lightweight. Sticking with 135lbs, Callum Thompson (3-0-0) faces Jordan Ellison (13-38-3) in a four-round contest and Ezra Taylor (2-0-0) returns at light-heavyweight versus an opponent still to be confirmed.