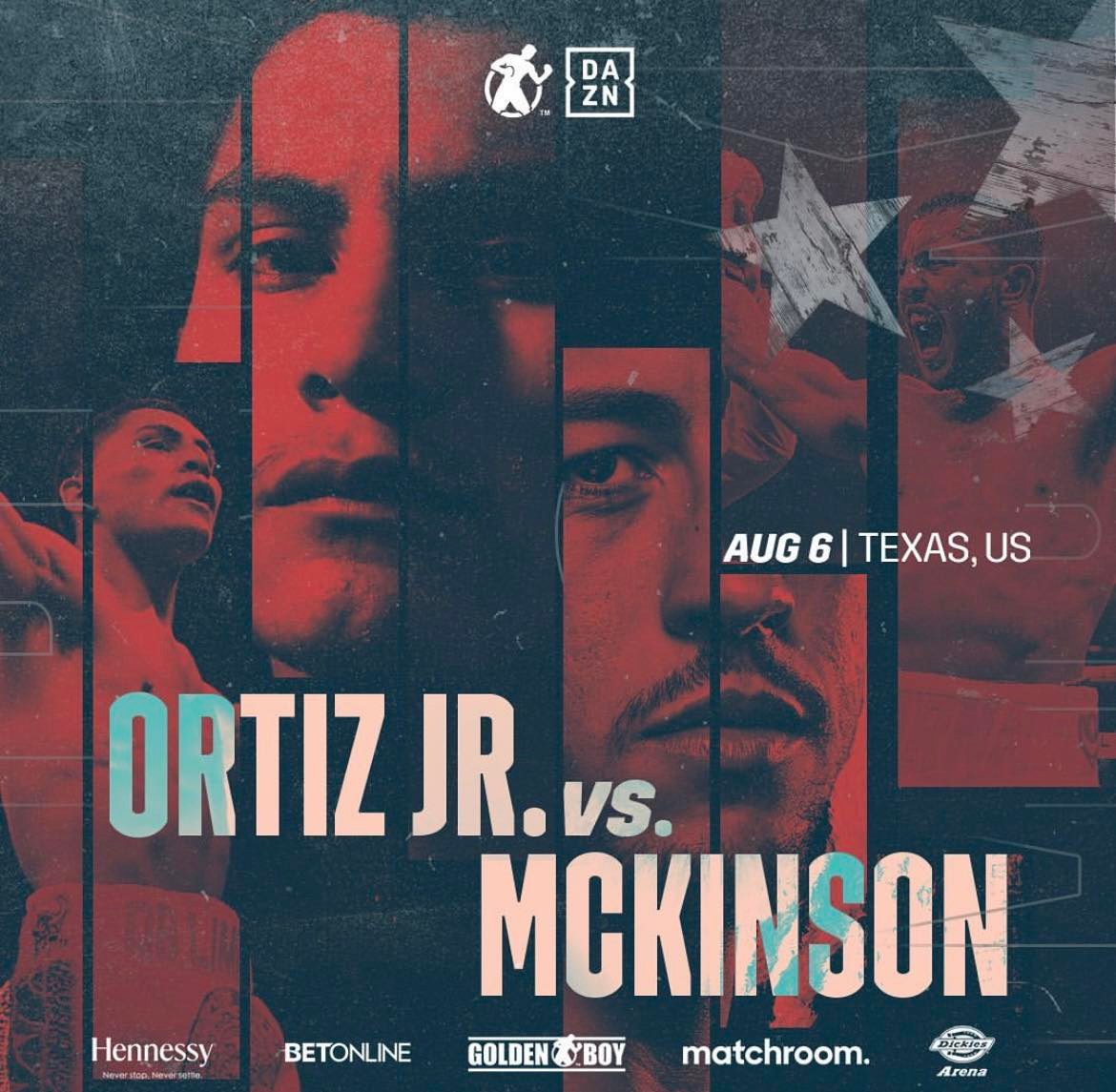 Ortiz Jr. to take on McKinson on August 6 in Texas

The pair were originally slated to face-off back in March before Texas’ Ortiz Jr. was fulled to pull out just days before the contest after being diagnosed with rhabdomyolysis. The fight marked a huge opportunity for McKinson, a man who has struggled to land big names throughout his career before handing Chris Kongo his first professional defeat last year, but the ship looked to have sailed following the illness to the twenty-four-year-old.

Ortiz took time to recover and initially looked set to return in a mega showdown against another avoided man in David Avanesyan according to several reports. It is clear now that it is the Portsmouth man who will look to be the first man to defeat the highly-rated Texan who boasts a 100% knockout record in his first eighteen contests.

Golden Boy promote and DAZN will televise in the UK. The only confirmed bout for the undercard sees super-lightweight Alex Martin (17-4-0, 6KOs) versus Henry Lundy (31-10-1, 14KOs) over ten rounds.