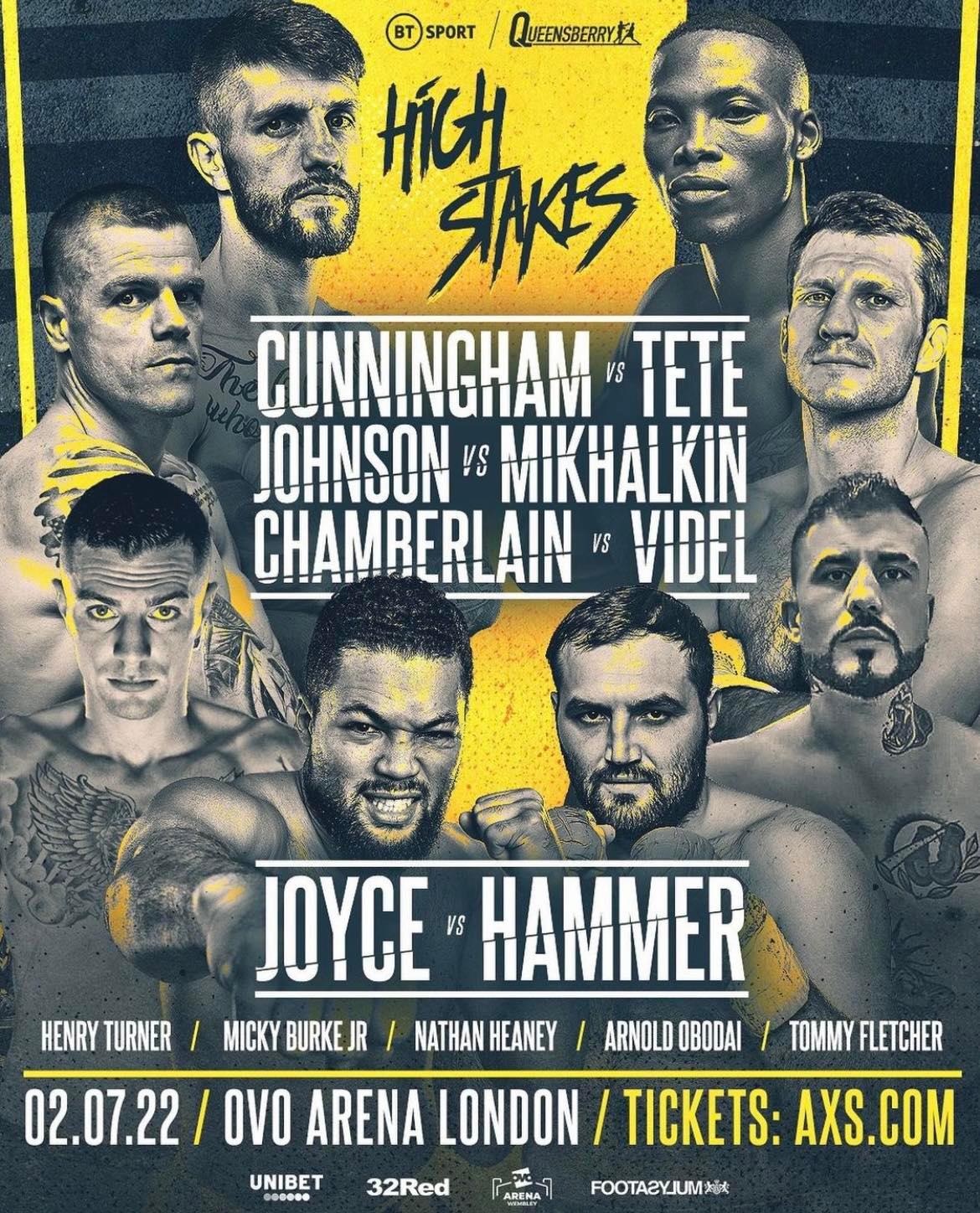 Preview: Joyce runs out against Hammer and Cunningham clashes with Tete at Wembley Arena

Wembley Arena is all set to witness the fourteenth professional outing of Rio 2016 silver medallist Joe Joyce (13-0-0, 12KOs) against an experienced but faded Christian Hammer (27-9-0, 17KOs) on Saturday as ‘The Juggernaut’ gears towards a shot at the heavyweight championship of the world.

Joyce looked set to take on former champion Joseph Parker before the New Zealander pulled out due to issues with the circumstances of his trainer Andy Lee, and any potential fight between the pair in the future looks to be dead in the water after Parker penned a long-term deal with promotional rival BOXXER and Sky Sports. Nevertheless, Joyce finds himself in a very strong position and is ranked high by several major sanctioning bodies, with a victory this weekend putting him in good stead for a big clash towards the end of the year.

The standout fight on the card this weekend however take place in the super-bantamweight division between Doncaster’s Jason Cunningham (31-6-0, 7KOs) and South Afrcia’s Zolani Tete (29-4-0, 22KOs). Tete is a former world titleholder before surrendering his belt to John Riel Casimero in Birmingham three years ago, while Cunningham was no doubt one of the standout British fighters of 2021 where he secured victories over Gamal Yafai and Brad Foster, picking up the British, Commonwealth and European titles in the process. Another victory for the thirty-two-year-old Doncaster man will remarkably propel his career towards world level when just fourteen months ago he was fighting in four and six-round bouts at the Doncaster Dome.

Further down the card, Micky Burke (6-0-0, 3KOs) runs out for a seventh time against Serge Ambomo (7-31-3, 3KOs), and super-lightweight prospect Henry Turner (7-0-0, 1KO) versus Jakub Laskowski (4-16-1, 2KOs). In the cruiserweight division, Arnold Obodai (1-0-0) fights for a second time, while Tommy Fletcher makes his professional debut.