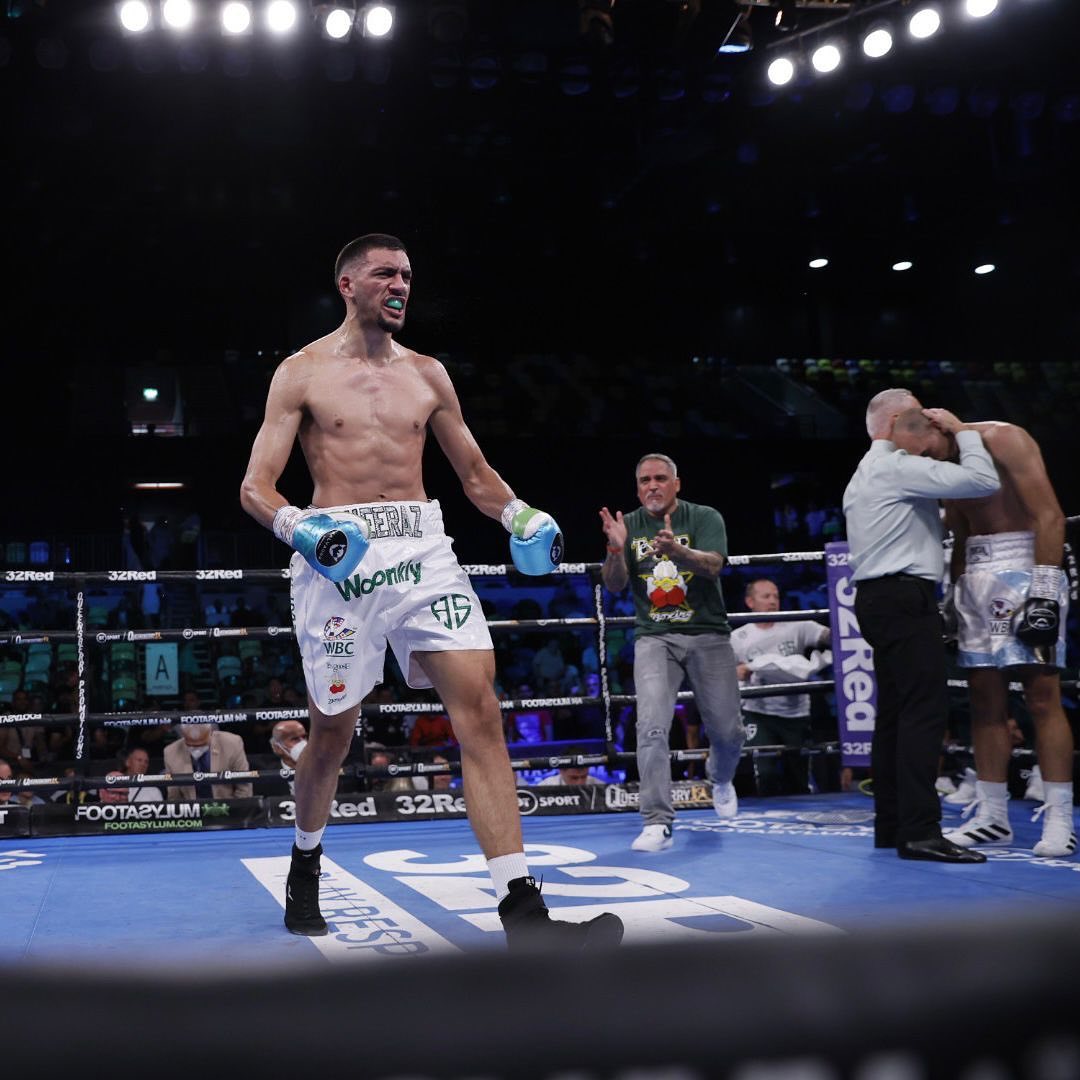 Sheeraz shines and Heffron dominates at the Copper Box

Hamsah Sheeraz secured his tenth stoppage in a row when he handed Argentine Francisco Torres his fourth career defeat at London’s Copper Box Arena on Saturday night. In an entertaining bout that was over by the fifth round, Sheeraz started fast as he planted Torres on the canvas in the opening fifteen seconds of the third with a beautifully-timed jab. An important lesson was to be learned just twenty seconds later however, with Sheeraz knocked to the canvas this time as he walked onto a solid right-hand from the Argentine, perhaps getting a little carried away as he looked to secure the stoppage. The twenty-three-year-old Sheeraz regained his composure and scored a second knockdown with a little over a minute remaining in the round, this time the consequence of a sharp one-two culminating in a short right-hand. Torres saw out the remainder of the round but Sheeraz continued to probe throughout the fourth before the Argentinian was left looking up at the Ilford man again in the fifth, the result of another chopping right-hand causing a heavier knockdown. Torres’ legs looked unsteady as he sought to regain his footing and referee Mark Lyson decided to wave the bout off with a minute of the round remaining.

Sheeraz now has ten knockout victories on the bounce and two fights under his belt at middleweight as he looks for the big names at 160-pounds, the hassle during the aftermath of his controversial win over Bradley Skeete now behind him as he moves to 16-0-0 as a professional.

Dennis McCann secured the biggest name of his career so far with an eighth-round stoppage of James Beech Jr. in the chief support. McCann started the bout at an hellacious pace and scored an early knockdown in the opening round after a barrage of hard hooks bundled the Walsall man to the canvas. Beech survived the round and, despite a frantic pace from Maidstone’s McCann in the next couple of rounds, the pace seemed to plateau as both looked to conserve energy for the final stretch of the fight. McCann was no doubt winning most of the rounds but his approach was a tad slower as he looked to find an opening again. Such an opportunity presented itself in the eighth when a punishing short right-hand crashed against the Midlanders chin, again sending him to the canvas. McCann set about him upon the restart, landing crashing blows with his right before Beech’s corner decided they’d seen enough and threw in the towel to end the contest. The bout marked a solid victory for the twenty-one-year-old McCann who now moves to 13-0-0 as a professional.

In what was being dubbed the most interesting contest heading into the night, Mark Heffron secured the British title at the third time of asking with a fifth-round stoppage of British and Commonwealth champion Lennox Clarke. Heffron started at an electric pace, landing numerous punishing blows throughout the entirety of the opening round with a sharp jab followed by pinpoint right hands and hooks. Clarke regrouped and enjoyed more success in the second but the accuracy of the Oldham man’s jab was clear for all to see throughout, regularly backed up with hard shots to both head and body. A left hook to the body in particular looked to cause Clarke trouble in the fourth before a left hook wobbled the champion’s legs as he stumbled back to the ropes. A series of unanswered hooks and uppercuts followed and referee Bob Williams stepped in to wave the bout off. Both Clarke and his corner team protested the decision and while the stoppage may have been a tad premature, the writing looked to be on the wall for the Midlander who had been playing for the majority of the fight. Credit to Heffron and trainer Joe Gallagher who finally got his hands on the Lord Lonsdale strap on a night where the bookies and a large portion of the boxing media were betting against him.

Liverpool featherweight Nick Ball overcame Namibia’s Nathanael Kakololo with a twelve-round beatdown which culminated in a late stoppage in the final round. Ball, despite being at a sizeable disadvantage in height and reach, dominated the affair and consistently landed hard blows to the chin of Kakololo. The thirty-three-year-old Namibian demonstrated a solid chin throughout however and would not budge despite the punishing barrages coming his way from the scouser. Ball finally broke Kakololo down in the bout’s final stanza however, with the away man eventually turning his back following more damaging hooks from the unbeaten Liverpudlian. Ball now moves to 16-0-0 with nine knockouts as his career continues to develop at 126-pounds and poses a frightening proposition to anyone willing to stand and trade with the twenty-five-year-old.