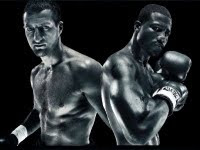 Fans of boxing betting and casual sports fans had been searching for a juicy storyline to go along with the wonderful idea of bringing the best fighters at super middleweight together for a tournament. Some questioned whether or not rivalries would ensue, or if the matchups were simply taking place because of the structure of the event Fight fans have found their answer.

Carl Froch and Andre Dirrell simply do not like each other. The two men are diametrically opposite, with Froch coming from an affluent English background, and Dirrell hailing from the tough confines of Flint, Michigan. Despite this, both men are quite well spoken, which has made for a war of words that will get fans interested in the boxing odds for their contest.

“I’m going to expose him like a ‘Page 3’ pinup in The Sun,” said Dirrell in a press release issued this past weekend.

While the boxing lines are certainly in the WBC champion Froch’s favor, purists and sports betting sharps have been suggesting that he is indeed vulnerable to exposure by a talented boxer. The titleholder’s past two foes—Jean Pascal and Jermaine Taylor—have both had fatal flaws that Froch has been able to capitalize on. In Pascal’s case, he was far too willing to slug it out with the iron-jawed Froch. In Taylor’s case, he simply ran out of gas and lost a fight he would have won if not for a dramatic final round knockout.

“My hooks will break his body and his heart and finally shut him up–I’m not fighting old bums or washed-up nobodies like a lot of British world champions have done in the past,” said Froch of the caliber of his past opponents. read more