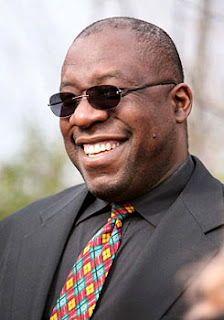 Former British boxing champion Gary Mason has died in a cycling accident.
Mason was on his bike in Sandy Lane South, Wallington, south London, on Thursday morning when he was involved in a collision with a van.
The 48-year-old was pronounced dead at the scene.
The Metropolitan Police, who are yet to confirm the name of the victim, said the van driver was arrested on suspicion of causing death by careless driving.
The 43-year-old, who was driving a white Vauxhall “combi” van, had stopped at the scene.
He was taken to a south London police station and bailed pending further inquiries.
A police spokesman said: “Officers were alerted at about 6.15am yesterday to a van in collision with a bicycle on Sandy Lane South, near the junction with Woodcote Road, Wallington.
“The cyclist, aged 48 years, was pronounced dead at the scene.”
A post-mortem examination will be held at St Helier Hospital mortuary and an inquest will be opened at Croydon Coroner’s Court.
Any witnesses are urged to call officers from the road death investigation unit at Hampton on 020 8941 9011.
Jamaican-born Mason was known as a tough, hard-hitting fighter with a strong chin.
He fought 38 professional bouts between 1984 to 1994, losing only one.
That defeat came in his most famous fight, when he took on an up-and-coming Lennox Lewis in a defence of his British title and challenge for Lewis’ European belt at Wembley Arena in 1991.
Mason was regarded as a slight favourite against the future undisputed world champion but an existing eye injury did not help his cause against the sharp, accurate Lewis, and he was stopped in the seventh round.
RIP Gary, Champion and Gentleman. British Boxing will miss you! Thanks for the memories brother. Thoughts go to Gary’s family and close ones. Never forgotten.