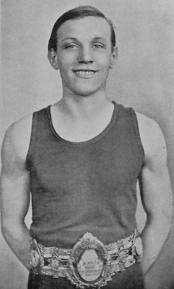 Paul Thomas: Who was the UKs biggest puncher?

American heavyweight Deontay Wilder and Kazakhstan’s US based  W.B.A middleweight champion Gennady Golovkin have created a vast amount of  attention due to their explosive punching power.  Wilder with 29 straight wins has a 100% ko ratio.  Boxing could be entering a new exciting era of producing real knockout specialists.  Although its early days yet, but even the young Liverpool fighter Callum Smith has stopped four of his first six oppenents.  The four being consecutive first round wins. Think back when was the last time that happened over here.

The Americans have always made a big thing about the big hitters they have produced over the years.  They are always singing the praises, and  rightfully so, of the Dempsey’s, Louis’s, Moore’s, Robinson’s etc. etc.  So I thought while we are in the “quiet” season, I would do a bit of research and try to find out who would qualify, as Britain’s hardest punchers and compare them with some of those that the US have produced over the years.

Former British heavyweight champion the late Gary Mason must qualify as  one of the best punchers in his division.  Out of a total of 38 fights he scored 34 stoppages, which gives him an over 89% ratio.  Gary could certainly punch and only just behind him was his former stablemate Frank Bruno, who scored 38 stoppages out of a total of  45 fights, giving him  over an  84% reading.  Both our guys have a higher percentage reading than the three big American hitters Earnie Shavers, Gerry Cooney or George Foreman.  Although of course Rocky Marciano with his incredible 43 knockouts out of 49 wins (87.76%) makes him rather special.

Percentage readings play only a small part in trying to valuate who the best punchers were.  At least two other things are more important, and they are the number of stoppage wins scored and the overall quality of the opponents.  The fighter who fits very high on my list of the best British punchers has to be the “Rochdale Thunderbolt” Jock McAvoy who scored  an amazing 88 knockouts or stoppages in a 18 year career.  Jock had an outstanding record which included going to the US in 1933 and knocking the reigning World middleweight champion Babe Risko in one round.  Unfortunately for Jock it was a non-title fight.  When he finally got a shot at a World title it was out of his weight class, against  the outstanding light-heavyweight king John Henry Lewis and  he lost a 15 round decision.

I would consider McAvoy a better puncher pound for pound  than the names I mentioned earlier, with the exception of Marciano, because he fought consistently better class opponents.

When discussing the most knockouts  scored you certainly can not ignore that excellent middleweight of the thirties Archie Sexton.  Born and raised in the East End of London, Archie was a great crowd favourite.  He had a superb left jab which was delivered with force and precision, which was  coupled with a dynamite left hook which helped him to score an amazing 86 knockouts, only two behind McAvoy.

Sexton despite winning 172 fights never won a major title, and in fact he only fought once for a British title and that was against McAvoy who knocked him out in the tenth round.  Today Archie would have a shed full of belts.  His son was Dave Sexton the former footballer and football manager.

In my opinion however our biggest  puncher, and probably our greatest pound for pound fighter of all time was Welshman Jimmy Wilde, the Mighty Atom.

In a 12 year career that comprised of between 140 to 150 fights Jimmy  has been credited with 100 knockouts.  American record books say 80 but whoever you believe it makes him very special.  Especially when you take into consideration, that he often took opponents out who weighed up to 20 to 25 pounds heavier than himself.

At the beginning of his career Wilde had an unbeaten run of over 100 contests, and  when he retired his record showed only 4 defeats.  He reigned as the World flyweight champion for 7 years.

Getting back to percentage readings   I  have to give former British welterweight champion Colin Jones a mention.  Out of 30 fights he scored 23 ko’s. giving him a 76.67% reading.  This is of course is higher than either  McAvoy, Sexton or Wilde readings.  But of course Colin had a lot less fights.  We can safely presume that the records of my main three fighters will never be surpassed.