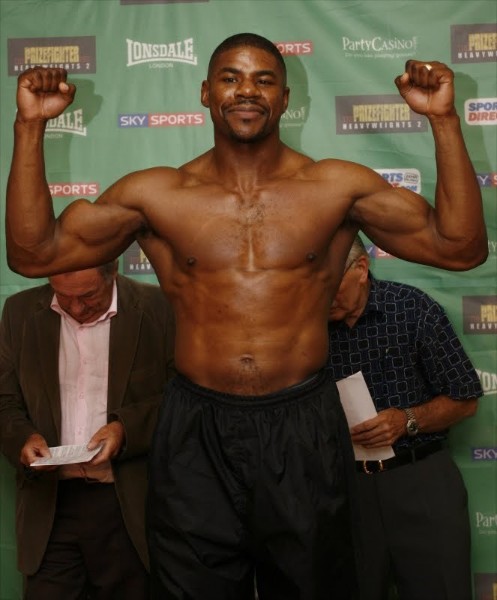 The Rise of the Heavyweight Prospect

There can be few things that excite boxing fans as much as the meteoric rise of a hot prospect. This is doubly so if that prospect is both a heavyweight and a banger. Some of these blokes come out of the ABA’s and some of them seem to materialise out of the alchemical mists of some mysterious pugilistic laboratory.

But for every prospect there is a wily old campaigner waiting in the wings to burst their bubble. So often there is an Achilles’ heel and that weakness is frequently located in the chin: a touch of porcelain in the lower mandible as an American boxing writer once had it.

The first such story I can remember was back in the mid seventies. A lad from Lisburn in Northern Ireland burst onto the scene with a shower of knockouts. Rumours flew: he was a farm lad who had once carried a young bullock half way across a field to the waiting vet. If anybody could tell me any more about this phenomenon, I would be grateful. All I can remember is that he was a big bloke and a puncher. Naturally, after a few fights he vanished back into the rural mists that had created him.

The next pretender whose ascent I followed with interest was Yorkshire heavyweight, Paul Sykes. He exploded out of her Majesty’s prison system in the late seventies. He would wax lyrical about the joys of his career and this was more than just the usual hype. He later went on to win the Koestler award for his autobiographical book, “Sweet Agony”. Admittedly this wasn’t exactly the Pulitzer, for a start you had to be incarcerated to be eligible. I actually read this book and it was pretty good.

Sykes might have been a puncher, but after a truly meteoric rise, he came across Hackney’s own John L. Gardner, who was domestic champion at the time. Sykes’ best punches had no effect on the Londoner and in the sixth round he turned away from the fray. He had a couple more bouts after that, but was by that time well on the way to succumbing to alcohol addiction.

Another big man who caught the eye was Birmingham’s Pelé Reid (pictured). Reid had been a stoppage winner over Vitali Klitschko in a full contact karate bout. His conversion to the Marquis of Queensbury rules was swift and dramatic. A string of impressive knockouts described the arc of his early contests. His first five bouts all ended in knockout victories before the opening three minutes had elapsed. But whilst some of his early opponents had more losses than wins on their account, he still had the skill to stop competent and respected journeyman, Michael Murray in just 9 seconds: the quickest stoppage in British boxing history. Admittedly, Murray dislocated his shoulder, but a win is a win. I am often guilty of buying into the hype surrounding a heavyweight prospect and this was never more so than in my early appraisal of Reid, who I regarded as being unbeatable. But when he stepped up in class, he was stopped by Julius Francis. This not only burst his bubble, but led to a mini slump, in which he suffered three consecutive stoppage losses. There were to be no further notable wins for Reid once the wheels had come off the bandwagon. He retired in 2009 and had the satisfaction of going out on the back of a 10-round victory over Dave Ingleby for the British Masters title.

David Haye started out at cruiserweight in the professional game and there was no doubting the excitement he brought with him. Lolenga Mock tested his chin in his seventh bout and had the satisfaction of seeing Haye both floored and on rubber legs, before Haye came back to finish matters. Four fights later, The Hayemaker lost his 0 when he crossed swords with Carl Thompson who had already seen forty summers. Thompson was simply too experienced in that fight and, after surviving Haye’s early onslaught, was able to weather storm, get a second wind and launch his own, fight-ending barrage in the fifth round. After a brutal knockout over Enzo Maccarinelli, Haye threw his lot in with the heavyweights, where he beat Nicolai Valuev to win the title, in a match that did little for the reputation of either man. Haye went on to stop both John Ruiz and Audley Harrison, before challenging Wladimir Klitschko: a match in which Haye failed to deliver the goods.

The two latest heavyweight prospects are Tyson Fury and David Price, who may, or may not have been on a collision course until a little local difficulty with one Tony Thompson derailed Price’s plans for world domination. Was it just my imagination, or was Fury noticeably keener on sharing a ring with Price once he had shown his vulnerability?

Fury is now scheduled to fight Haye in what should be the most exciting domestic match up at heavyweight since Frank Bruno and Gary Mason was denied us in the 80’s. (I saw them spar in 1987 and my money would have been very firmly on the late Gary Mason – a lovely bloke by the way and a real gent.)