Manny Steward says Klitschko must be wary of Davids ‘Hayemakers’ 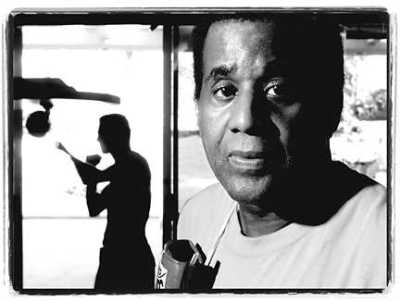 Wladimir Klitschko’s trainer Emanuel Steward, has warned his charge that he faces the biggest test of his career, when he faces Britain’s David Haye in the eagerly anticipated heavyweight championship unification fight on July 2.
Haye will gamble his WBA belt against Klitschko’s WBO and IBF straps and in an interview with SkySports News, Steward, former trainer of Lennox Lewis and the great Thomas Hearns amongst many others is a shrewd boxing stalwart and understands the problems that Londoner Haye posses his new heavyweight champion pupil.
“David Haye has a different type of energy to what Wladimir has been up against recently,” Steward said. “David has the mindset, the arrogance of a champion. Wladimir has not had to experience that in a long time.
“David’s explosive punching power and speed is the best Wladimir will have fought in his career. It’s going to be very dangerous. I think Wladimir will systematically win, but we have to be wary of some ‘hayemakers’ early in the fight.
“I think in this fight emotions will come into it, which will make Wladimir a lot more aggressive than he usually is.” added Steward. – www.britishboxers.co.uk
Haye v Klitschko promo trailer
SandmanMMAPromotions