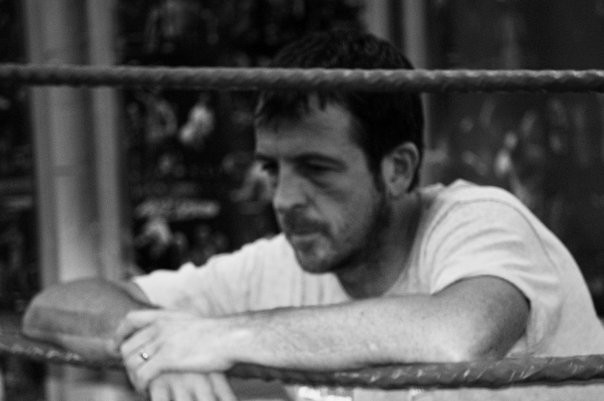 Chris MaylettSeptember 22, 2011
LATEST BOXING NEWSVideo Interviews0 Comments4 min read
It has been an emotional and testing few months for Manchester boxing coach Joe Gallagher – one of the most dedicated patrons of the British boxing scene. Gallagher has recently flitted from his old gym, which was based at Kerry Kayes’ Betta Bodies in Denton. Kayes had asked Gallagher to leave his gym, because of a dispute over rent and use of his premises – stating that Gallagher wasn’t involving him and his company brand CNP enough and felt pushed out by the trainer, who he says he let use his premises rent free.

When we sat down with Gallagher this week we asked him about the situation and his side of things – Gallagher isn’t stuck for words in his honest assessment, as he tells his side of the story and the split with Kayes.

Gymless Gallagher and his fighters were then contacted by Amir Khan, who offered them use of his ‘Gloves’ gym in Bolton, as it wasn’t being used in the day. 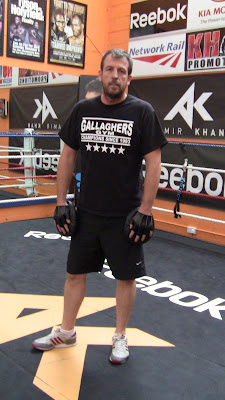 Gallagher 42, also talks about the breaking news that his long time pupil John Murray, who has been under his wing and teachings since he was a 14 year old school boy, had left him to train with Leeds coach Michael Marsden and fitness conditioner Kerry Kayes.Murray 26, had just sent Gallagher a text while we were there, to announce that he would be leaving him after 12 years together. In that time Murray claimed the English, British and European lightweight titles and was close to fighting for the world title, before his defeat to Kevin Mitchell.Gallagher reads to us the text from Murray and reflects openly about the time and sacrifices he has made for him, sometimes neglecting his own personal life, in pursuit of boxing glory and feels upset at being treated that way after all his hard work and dedication to the John Murray cause.

On Wednesday morning Murray issued this statement about his decision to leave Joe – “I’m thankful to Joe for all his hard graft.” Murray told Terry Dooley for boxingscene.com

“I wasn’t as happy as I could have been with the training for my last fight ‘- the time has come for me to move on.

“Joe’s put a lot of effort into me, I’m grateful but boxing’s a short career for a fighter so I have to make the most of my time in the sport. – Joe and the lads at Gallagher’s Gym will have a great future – I wish them well.” added Murray.

The relationship seemed to be water tight and came as a shock to many, least Gallagher, who was left stunned on receiving a phone call from the Manchester Evening News asking for his side of the story, before he knew anything about it. – All became clear when Murray’s text came through to him some time after and just before our interview with him.

Gallagher was upset that Murray had chose to go public with the news, without speaking to him about it first and was unhappy to find out later, via a text – which he felt was disrespectful and wrong, after so many years together.

Murray 26, as often referred to Gallagher as a father figure and there relationship had been very successful. But prior to Murray’s defeat to Mitchell in July, it seemed the wheels had started to fall off the Murray machine!

Gallagher was unhappy with Murray’s actions in Germany, when the camp was there to support gym mate Matthew Macklin in his world title fight with Felix Sturm. Whilst there Gallagher says Murray was drinking and with just a couple of weeks to go before the Mitchell fight, which didn’t please Gallagher. 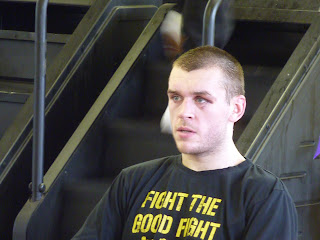 They both settled there differences enough to go through with the Kevin Mitchell fight, but the signs were there and in hindsight the writing looked on the wall. Murray (pic left) ended up losing that fight to Mitchell and with it his unbeaten record, getting stopped by the Londoner in the 8th round.The pairs relationship since has been fragile and rumours had it both had to be pulled apart, after Gallagher read Murray the riot act in Germany.

In our exclusive and revealing interview with a shocked and emotional Gallagher, he is open and frank in his assessment of the situation as he gives his side of the story.

Watch the video above for the full interview with Joe Gallagher.