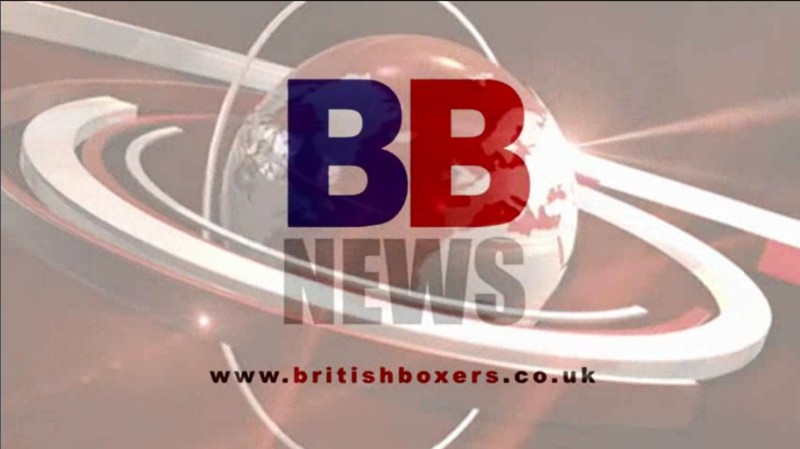 Froch v Groves II is ON!

Carl Froch and George Groves will meet in a rematch after agreeing terms this morning to meet on May 31, with Nottingham’s Froch once again defending his WBA and IBF world super-middleweight titles against the Londoner.

A host of Britain’s most iconic sporting stadiums are in the running to stage the contest, venues being considered, include Wembley, Twickenham, Old Trafford, the Emirates Stadium and Nottingham Forest’s City Ground.

They both lit up the Manchester Arena in November in there first clash, which was an epic battle and the fight of the year. Groves dropped Froch in the first round and outboxed the champion for most of the fight. The Cobra managed to battle through and stopped Groves in round nine. But the stoppage was controversial and the IBF ordered Froch to give Groves the rematch. After some stumbling blocks, the fight has finally been signed and one of the most eagerly anticipated matchups for 2014 will happen!

Meanwhile Groves has had his appeal rejected by the BBBofC to have the first fight result changed to a no contest after the board refused to hear the case.

Crolla Out, Murray steps in to face Simpson in Glasgow

Former British and European lightweight champion John Murray will now face John Simpson at Glasghow’s SECC on March 1st, after original opponent and fellow Mancunian Anthony Crolla was forced to withdraw from the bout after suffering a cut in training.

Murray returned to action in November with a fourth-round win over Michael Escobar, It was Murray’s first fight since his WBA world title defeat against Brandon Rios at Madison Square Garden in December 2011;

Simpson lost his last fight, after getting stopped in the seventh-round against Tommy Coyle in November. The Greenock-based boxer was coming off a run of three wins and knows a win over Murray could get his career back on track.

There is a big night of boxing coming up in Liverpool at the Echo arena on March 15 when… Tony Bellew will face former five time World Cruiserweight title challenger Valery Brudov in his first fight at cruiserweight at the Echo Arena.

Bellew steps up a weight after losing his last fight against Adonis Stevenson when challenging for the WBC Light Heavyweight crown in November, and the 31 year old faces a stern test on his debut at Cruiserweight against the experienced Brudov.

Also on the Echo undercard... British super-middleweight champion Paul Smith Jr was expected to defend his Lonsdale belt against Swansea’s Tobias Webb but that fight doesn’t look like happening now after the British Boxing Board of Control refused a request from Promoter Eddie Hearn for Smith to make a voluntary defence of the title against Webb. However, the Stewards decided that Smith’s next defence will be a mandatory defence against English champion Rocky Fielding and the contest must take place by the end of May. One more successful defence of the belt will see Smith keep it outright.

Smith won the ttile for a second time when he stopped Liverpool rival Tony Dodson in June last year. Ranked 4 in the world by the WBO, Smith is targeting a crack at the WBO title but now knows he needs to get past Fielding first.

Smiths younger brother Stephen is lined up for massive night and is expected to challenge Fernando David Saucedo for the Argentinian’s WBC Silver Featherweight title in a crunch eliminator bout. A win for Smith and a world title fight will be in reach for Swifty.

The youngest Smith, super-middleweight prospect Callum, is also in action on the Liverpool bill as he looks to build on an incredible year in 2013 where he racked up 9 wins on the bounce with a stunning sequence of six first-round KOs. Callum Smith is exciting fans and is tipped for a big 2014.

An added treat on the Echo arena show will be Sheffield Welterweight star Kell Brook and popular London Lightweight Kevin Mitchell have both enjoyed great nights in the Echo Arena and the pair will both be in action as they build to big fights before the summer.

Birmingham’s unbeaten Super Flyweight talent Kal Yafai continues on his path to a first title shot, while exciting Liverpool youngster Robbie Davies Jnr faces his fifth pro fight on what promises to be a great night of action in Liverpool.

McDonnell and Wood to contest the vacant British title

In a interesting meeting of unbeaten Super Bantamweights, Doncaster’s Gavin McDonnell and Nottingham’s Leigh Wood clash for the vacant British title at the Hull Ice Arena on February 22,

Both men putting their ‘0’s’ on the line in what is judged has a 50-50 battle as the pair bid to land the coveted Lord Lonsdale belt and move into prime position in one of British boxing’s most exciting divisions.

Thomas Stalker returns after 8 months out

Former GB Team captain Tom Stalker is preparing for his sixth professional fight after being out of the ring for eight months following a horrific training injury which halted the impressive start to his professional career.

The Liverpool man suffered a terrible injury shortly after winning his fifth fight last year. Stalker, who was Great Britain’s team captain in the 2012 Olympics, was lifting some weights when one of them dropped on his pectoral muscle (chest) and ripped his skin off the bone. Ouch!! Now fully recovered after painful surgery the light welterweight prospect returns  on February 15, at the Copper Box Arena in London.

Khan picks up another win

Haroon Khan the younger brother of former world champion Amir, is targeting a title this year after winning his fourth straight fight  as a professional.

The 22-year-old Bolton ace continued to make his name in the paid ranks when he won all four rounds against Francis Croes in Sheffield  last week.

He has impressed in all his fights since turning over last year and now plans to step up more rounds as he targets bigger fights over  what he hopes will be a busy 12 months with up to 8 more fights on his record by the end of the year.

For Islington’s Ryder it will be his second assault on the Lonsdale belt after he lost a tight decision to Billy Joe Saunders for his  British and Commonwealth titles in September.

On the same bill will be Matchrooms latest Prizefighter tournament and this time its the welterweights again. First names already confirmed are Erick Ochieng, Paddy Gallagher, Dean Byrne and Sam Eggington who take the first four spots, with another four to be confirmed soon.

Another trophy for World champion Hall

Newly crowned world bantamweight champion Stuart Hall has added another gong to his collection when he picked up the North East Sports  Personality of the Year trophy. The region’s first ever world champion, Glenn McCrory, presented the award at Billingham Forum last  week at the BBC’s annual North East Sports Awards.

33 year old Hall who won the world title with a spirited performance against south African Vusi Malinga last year will make the first  defence of his IBF title against Commonwealth champion Martin Ward at Newcastle’s Metro Radio Arena on March 29.

Former world IBF featherweight champion Paul ‘The Hunter’ Ingle and his friends Sonny Pollard and Dean Hoggard will officially open their new gym in Hull next week. After securing a suitable property in the city, they have refurbished and equipped it out  and are now ready to start getting people through the doors. Former world boxing star Ingle from Scarborough will help Sonny and Dean put the new recruits through their paces and be involved in fitness & motivation programs as the ambassador of the aptly named “The Paul Ingle Boxing Academy” – BritishBoxers will be at the opening of the gym and we will bring you a report and interview with Paul and the boxers in attendance, next week. Watch our recent interview with Paul Ingle Here