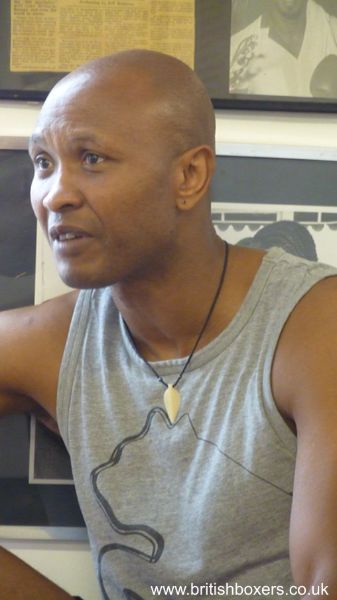 In Part two of our Exclusive Ensley Bingham Interview, Bingo talks about winning the British title against Gilbert Jackson in January 1996 before going on to challenge Ronald ‘Winky’ Wright for the light-middleweight championship of the world in the November.

In this interview with britishboxers.co.uk Ensley, 51, speaks about the people in his life and boxing career, who have helped and inspired him along the way, as he reflects on a lifetime in the boxing game. 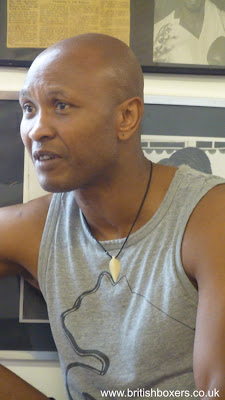 Ensley went on to be coached by Billy Graham after setting up the Phoenix camp in Salford and Ensley accounts Billy forturning his career around and helping him believe in himself again, after the passing of his mentor Phil Martin.
Ensley also pays tribute to his family and especially his wife June who has always supported him throughout his boxing career.
Now a coach himself at the Champs Camp in Mosside Manchester, where he boxed under the late Phil Martin, Ensley and friend, former British light-heavyweight champion Maurice Core are continuing the work that Phil began 20 years ago, with their own crop of talented professionals coming through the ranks, including (Jimmy Kelly and Ryan Doyle interview videos)
The video interview includes some fight footage from Ensley’s private collection, including his win over Jackson to claim the Lonsdale belt, which he eventually won outright, also the big fight with Winky Wright, plus other knockouts in his later career.
Ensley was an exciting fighter who always gave his all and would carry dynamite power in his left hook, a punch that was feared and what won him so many fights.
Out of the ring Ensley Bingham will always be a champion and one of the most pleasant people you’d wish to meet, it was a pleasure doing this interview with one of my boyhood favourites and I wish Ensley all the best for the future.
Watch Part 1 Here
By Chris Maylett
www.britishboxers.co.uk
@britishboxers