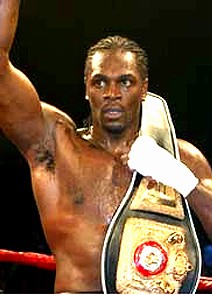 Audley Still on the Road of Redemption

Come on British fight fans don’t say you were not just a little bit happy seeing big Audley pull off that Prizefighter win on Saturday night and look not three bad doing it an all. The Prizefighter is obviously a good format for Audley to showcase his skills, this being the second time he has lifted the trophy.
But what struck me most about Audley at the weekend was his attitude, the way he carried himself and how focused his mind was on winning, he even looked happy to be in there, and there have been times when he has looked uncomfortable and apprehensive about being in the ring, but not this time Audley was on it!
His movement, jab, left hook, speed and timing were top class and what about the shape he was in for this, I thought the commentators were going to scream in ‘Rocky III style; ‘He looks like a middleweight!’ As a cool, confident, in shape and fit looking ‘A Force’ bounced into the ring with the air of winner!
Audley deserves credit for never giving up his dreams, and we can all take a leaf out of his book. Ive never known a boxer to be made into such a laughing stock and pantomime villain like Audley. Continually talking about redemption and never giving up after continually getting knocked on your arse takes some balls.
The determination and honesty of the man first struck me years ago when after failing to win a Gold medal in the 1996 Olympic games, he stayed on amateur for another four years determined to get his hands on gold. Despite very lucrative offers from all the top promoters to turn pro he stuck to his guns and pursued his dream of being Olympic champion, eventually succeeding at Athens in 2000 – Follow in the footsteps of his heavyweight heroes Muhammad Ali and Lennox Lewis to claim gold.
His professional career has been up and down, but up enough to have had 23 knockouts from his 31 wins, claim a European title, two Prizefighter wins and a crack at the heavyweight championship of the world.
He constantly puts himself up there to be shot at by telling anyone who will listen that; he will be a world champion before his time is up! Often refered to has ‘delusional’ Audley has not let the criticism penetrate and it’s just run off him like water off a ducks back. Now I’d much prefer to hear a confident fighter talking before he entered the ring, determined in his mind he is going to win, that positive attitude and will to succeed should be applauded.
Yes Audley is still convinced he can complete his “journey” and become a world champion this year. Sounding like he is constantly quoting Napolian Hill or Rhonda Byrne, Audley believes this and maybe now it’s time for the knockers to get behind him, take him for what he is and admire his determination to never give in, a lesson to all.
Taking away a £36,000 cheque for his nights work after a quarter final 1st round KO win over German Claus Bertino in 33 seconds, before outpointing the rugged Martin Rogan in the semi and then toying with Derric Rossy in the final, hurting and then dropping the battered American with a big left hook before referee John Keane stopped the fight halfway through the second round.
“It’s been nine years in the wilderness trying to get back my mojo, and as you can see my mojo’s back.” said Audley after the final.
“I’ve let go of my demons and taken responsibility for my life. I’m 41 years of age, in the best shape of my life and I’m ready to finish my journey finally.
“This is my journey this year. Forget David Haye, forget David Price (who knocked out Harrison inside a round in October) – I want the chance to prove now I’ve got it all together and that I’m good enough to be a world champion.
“I’d like that opportunity, and I think with (Prizefighter promoter) Eddie Hearn and hopefully with what I’ve done here I’m going to get that opportunity.”
“In 2012 I fell back in love with boxing and I just wanted to get back to being my best. I left all my demons in the box and I’m really optimistic about the future, finally.
“The only thing about certainty is that everything is uncertain. Setbacks just pave the way for comebacks.
“While I’m at this level, I still think I’ve got something to give to boxing.”
Follow us on Twitter @britishboxers