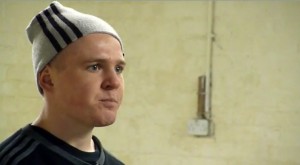 After weeks of major organisation, Coldwell Boxing can now confirm that the benefit dinner for Kieran Farrell will take place on April 12 that Manchester’s Renaissance Hotel. Farrell’s boxing career was dramatically cut short earlier this month when doctors confirmed that injuries suffered in his gruelling tussle with Anthony Crolla last month were irreparable. Promoter Dave Coldwell is expecting a fantastic turnout for the Heywood favourite.“

April 12th is about nothing but Kieran Farrell and we’re going to have a great night celebrating his career and looking forward to his future. The character displayed by Kieran since he received the unfortunate news is typical of what you expect from Kieran and it comes as no surprise to me to see him out there making plans for the next chapter of his story which I’m certain will be a successful one. Kieran gave his absolute all to our sport and I fully believe that the good people of our sport will turn out to support Kieran for what should be a memorable night.”

Tickets will be available from WWW.COLDWELLBOXING.COM as of January 30th and are priced at £60. A VIP package is also available for £85 which will include waitress service, half bottle of wine per person and a front row table position. Entertainment will be provided throughout the evening and there will be guest speakers from the world of boxing.