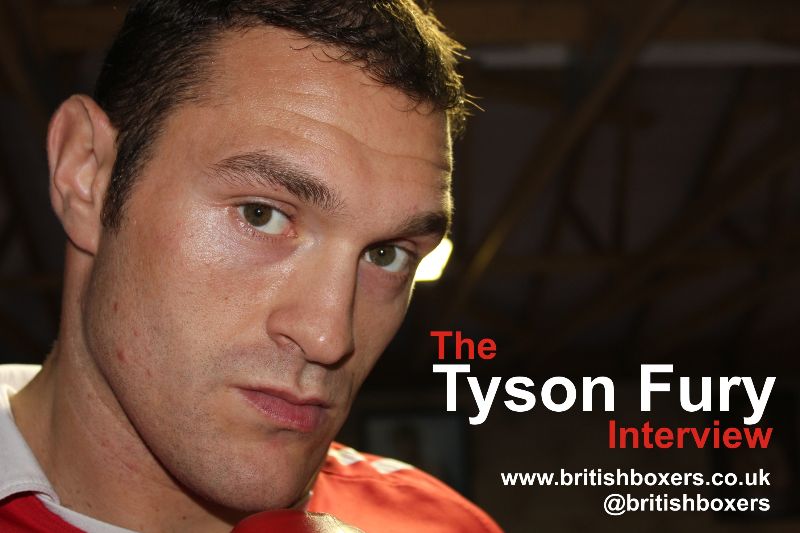 Tyson Fury already enjoys at least something approaching a decent profile in America today, and now the 20-0(14) giant is bursting with anticipation over his American debut.

U.S fight fans who have already formed an opinion of the 24-year-old (most of them through seeing his recent fights, against American imports Vinny Maddalone and Kevin Johnson, on Wealth T.V) will get to see Fury in the flesh on April 20th – at the legendary Madison Square Garden in New York, no less.
Fury deserves credit for the quality foe he and his team have accepted for his U.S debut, too. Former IBF cruiserweight champ Steve “U.S.S” Cunningham may be 36-years-old and he may have picked up just a single heavyweight win since moving up from 200-pounds; yet most fans who saw the Philadelphian’s recent, Dec. 2012 clash with another former cruiser champ, in Tomasz Adamek, feel Cunningham deserved the points victory. In a rematch of their 2008 thriller, Cunningham lost a debatable 12-round split decision. Cunningham, 25-5(12) was disgusted with the result.
Now, with his motivation levels back up to speed, Cunningham, who has never been stopped, goes in with the idea of upsetting Fury and making waves in the process. Fury is promising a spectacular performance, yet he might find the tough, sometimes tricky and thoroughly seasoned Cunningham to be quite a handful. The Philly warrior will, like almost every Fury opponent, have a major height and reach disadvantage (Cunningham is 6’3” with a reach of 82”) and at age 36, youth is no longer on his side. Still, with his good chin, the power he showed down a division and his experience, Cunningham might have the tools needed to either upset Fury or make him look quite ordinary.
Fury would no doubt love a smashing KO victory. For what it’s worth, I don’t think he’ll get one. Look instead for Fury to learn plenty as he scrapes through the 12-rounder that will contest the IBF #2 spot, by close decision. Possibly one that leaves Cunningham feeling aggrieved all over again.