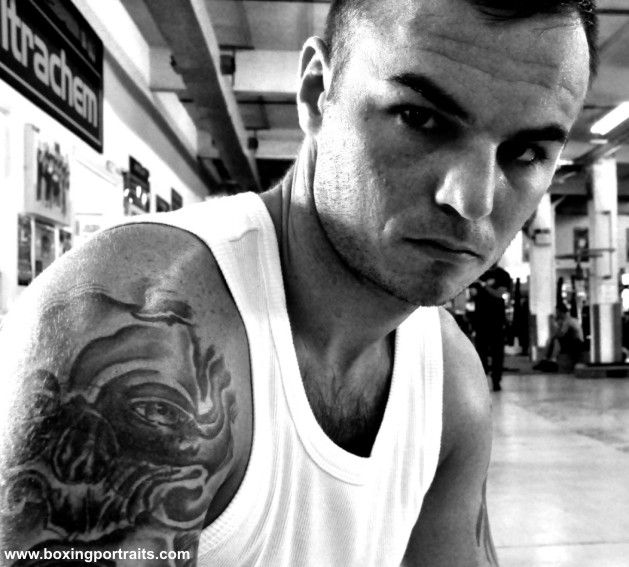 Kevin Mitchell will make his ring return after signing a deal with promoter Eddie Hearn of Matchroom and will headline on the next Prizefighter tournament, the light-welterweights III, which takes place at London’s York Hall on July 6.

The Dagenham lightweight hasnt fought since his WBO world title challenge defeat against champion Ricky Burns last September and is looking to get back in the domestic mix before making another assault on a world title shot.

“It’s great to get back to action,’ said Mitchell. ‘It’s a new chapter in my life and I’m so excited to be back at the York Hall.

“There are some massive domestic battles out there for me later this year and I’m looking for a world title shot in 2014.”

Mitchell has fought just four times in the last three years and won his first 31 fights as a professional before he was stopped in three rounds by Michael Katsidis at Upton Park in May 2010.

The former British and Commonwealth super-featherweight champion put on one of his best performances and looked to have rediscovered his form in 2011 when he stopped John Murray in the eighth round to claim the vacant WBO Inter-Continental lightweight title in the fight of the year. But a nine-month lay-off followed that good win, before a below-par return against Felix Lora before he was bombed-out by Burns in Glasgow.

“I’m delighted to have Kevin on a packed York Hall show,’ said promoter Eddie Hearn. ‘There are some big ticket sellers on the bill, so I’m expecting tickets to sell-out quickly and a cracking atmosphere.”

Meanwhile, Queensbury Promotions have claimed to have an exclusive promotional agreement with Mitchell and have issued a statement after the news broke about Mitchell’s deal to fight with on the July 6 Matchroom Promotions show;

“We are surprised to read the announcement that Kevin Mitchell has signed a deal with Eddie Hearn of Matchroom Sport as he has an exclusive promotional deal with Queensberry Promotions Limited.

“We have put Eddie Hearn on notice that should he continue to interfere with Queensberry Promotions’ contractual rights, then we will take immediate action through the courts.”

Watch the Latest Kevin Mitchell Video Interview, please continue to the next page