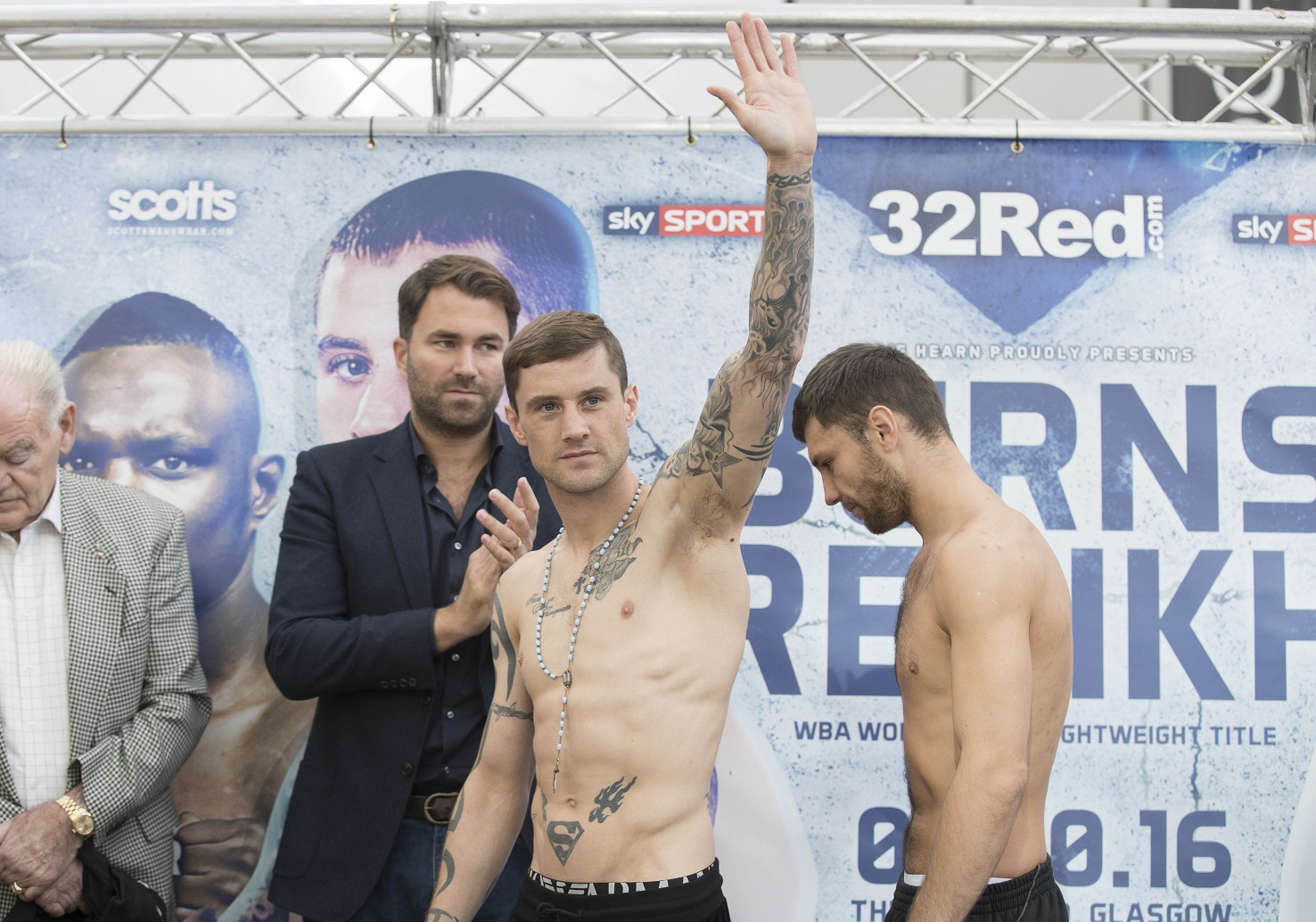 Ricky Burns will meet Julius Indongo in Glasgow this spring, according to the Daily Record. Burns will put his WBA light-welterweight belt on the line against Namibia’s IBO and IBF holder at the city’s Hydro venue in April.

A potential money-spinner against Adrien Broner in Las Vegas was put on ice when “The Problem” opted for Adrian Granados instead, leaving promoter Eddie Hearn free to pursue the partial unification contest.

Indongo swept aside Eduard Troyanovsky in a single round in Russia in December—his first fight outside of Africa—and the 33-year-old has racked up 21 wins without a loss, 11 of them by stoppage.

“Indongo showed how dangerous he is against the Russian,” said Alex Morrison, the manager of Burns, when speaking to Michael Gannon. “He is unbeaten in 21 fights and he is not to be underestimated. It’s a huge opportunity for Ricky. It’s a chance to get his hands on three of the super lightweight belts.”

He added: “If successful then hopefully a fight in Vegas awaits Ricky. That’s something he has always dreamt about and it would be within his reach if he can deal with Indongo. There are some big fights out there for Ricky, but the most important one is Ingdongo.”