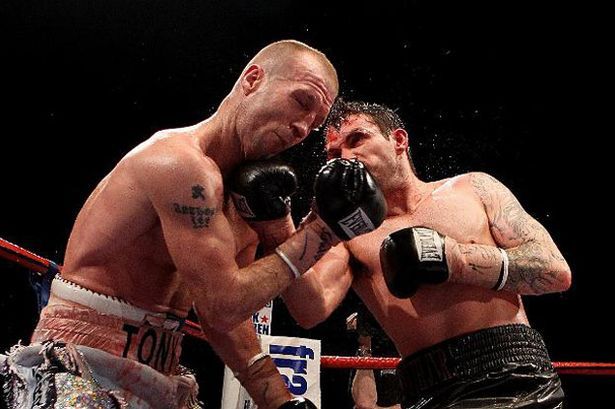 The Merseyside rematch between rivals Paul Smith and Tony Dodson for the Vacant British Super-Middleweight title will now take place on Friday 28th June at the Liverpool Olympia.

The first fight in 2010 was a real blood ‘n guts affair with Smith getting cut in two places above his in the opening round from head clashes and on the receiving end of some big shots from Dodson before battling back – with his face masked in blood – to win on the judges’ scorecards and retain the British title.

Former British Champion Smith said, “I want my British title back and I’ll beat Dodson again for sure to bring it back where it belongs.  It will be a great fight for the fans, but I’ve done twelve hard rounds with Dodson before and I don’t plan it making it last that long again.”

Dodson, also a former British Champion, added, “I’ve been training so hard for this fight and everything is going to plan so I’ll just have to hold back a bit and let it out on June 28th.  I’m concentrating on the job in hand and I’ll benefit from more sparring and I’ll be even fitter and sharper.  I’m looking forward to getting revenge over Paul in front of a home crowd.”

Red-hot talent Butler, the reigning British and Commonwealth Super-Flyweight Champion, aims to win a third title when he challenges for the Vacant WBO Intercontinental title.

The exciting young star of British boxing returns to thrill fans’ with his all-action, hard-hitting, style following his last fight at Wembley Arena in April when he won the Commonwealth title with a devastating performance against Yaqub Kareem, stopping the champion inside five rounds.

And the 24-year-old keeps active with another fight lined-up on Saturday 20th July at Wembley Arena when he features on the undercard of Dereck Chisora plus Frankie Gavin and Denton Vassell’s British and Commonwealth Welterweight title showdown.

Heading up the undercard is unbeaten Welsh prospect Craig Evans in an eight-round contest as continues his march towards his first title shot.  The 23-year-old super-featherweight has marked himself out to be one of the best young domestic talents with his exciting performances in his eight fights to date.

Manchester super-featherweight ace Joe Murray also goes in over eight rounds following up his points win over Dai Davies in April as he looks to take his record to 14 fights unbeaten.

Oldham’s Ronnie Heffron has his first fight back since his loss to Commonwealth Welterweight Champion Denton Vassell last November and is ready to make a second assault towards title his first title.

Tickets priced at £30 and £60 are available from Eventim on 0844 249 1000 or www.eventim.co.uk or the Liverpool Olympia Box Office at www.liverpoololympia.com