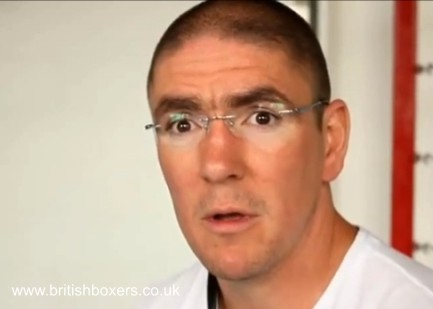 Anthony Farnell talks to BritishBoxers about the current status of his gym and some of the boxers he has coming through.

Leading the way for the gym at the moment is British and Commonwealth super-flyweight champion Paul Butler, Arnie gives us the low down on Butler and also talks to us about now working with former British and European lightweight champion John Murray, who has followed his younger brother Joe over to work with former fighter Farnell, as he sets out to revive his career again after losing to Kevin Mitchell and then against Brandon Rios in that epic world title challenge in 2011.

Murray hopes to be back in the ring by the Fall after enduring a tough seven months since failing a brain scan last November. A swollen pituitary gland led to the failed medical, which prompted the BBBoC to withdraw his licence. However, a top specialist gave Murray the all clear to resume his career; he has since secured his BBBoC licence and is now training with Anthony Farnell in the hope of securing an autumn fight date.

Arnie also tells us how his fighter Mark Thompson is getting on after resuming training following a broken hand and his semi final exit from Prizefighter recently because of it. Thompson is lined up to face Birmingham’s Max Maxwell on July 20th at the De Vere Whites, Reebok Stadium, Bolton.