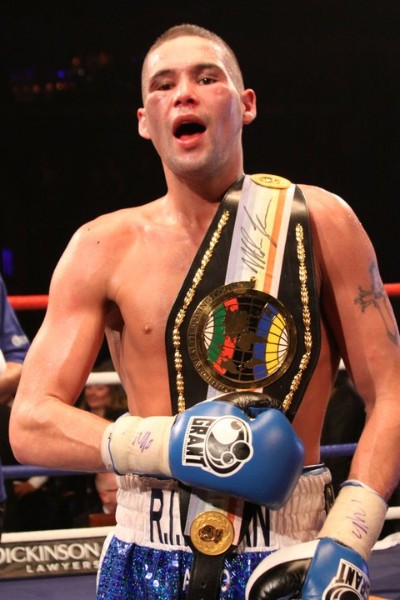 Bellew’s promoter Eddie Hearn says he has agreed terms for the fight, which will take place provided Stevenson comes through a tough voluntary defence against Tavoris Cloud in September.

Bellew became the mandatory challenger for a shot at Stevenson’s title after he outpointed Isaac Chilemba at London’s O2 Arena in May.

“Delighted to announce terms have been agreed for @TonyBellew v @AdonisSuperman for the WBC light-heavyweight title – 30th November in Canada”. Eddie Hearn announced on his Twitter account.

Bellew, whose birthday falls on that date, lost a close a split decision in his previous world title bid against Cefn Fforest’s Nathan Cleverly in Liverpool in October 2011, an all British clash that went right to the wire in one of the scraps of the year.

The hard-hitting Stevenson is considered one of the hottest properties in the sport after his stunning first-round stoppage of former champion Chad Dawson to win the title in June.

If Stevenson is defeated by Cloud, Bellew would still be next in line for his shot at the title and would face Cloud.

“I am delighted Tony has got the shot and what a perfect potential date for it,” Hearn added.