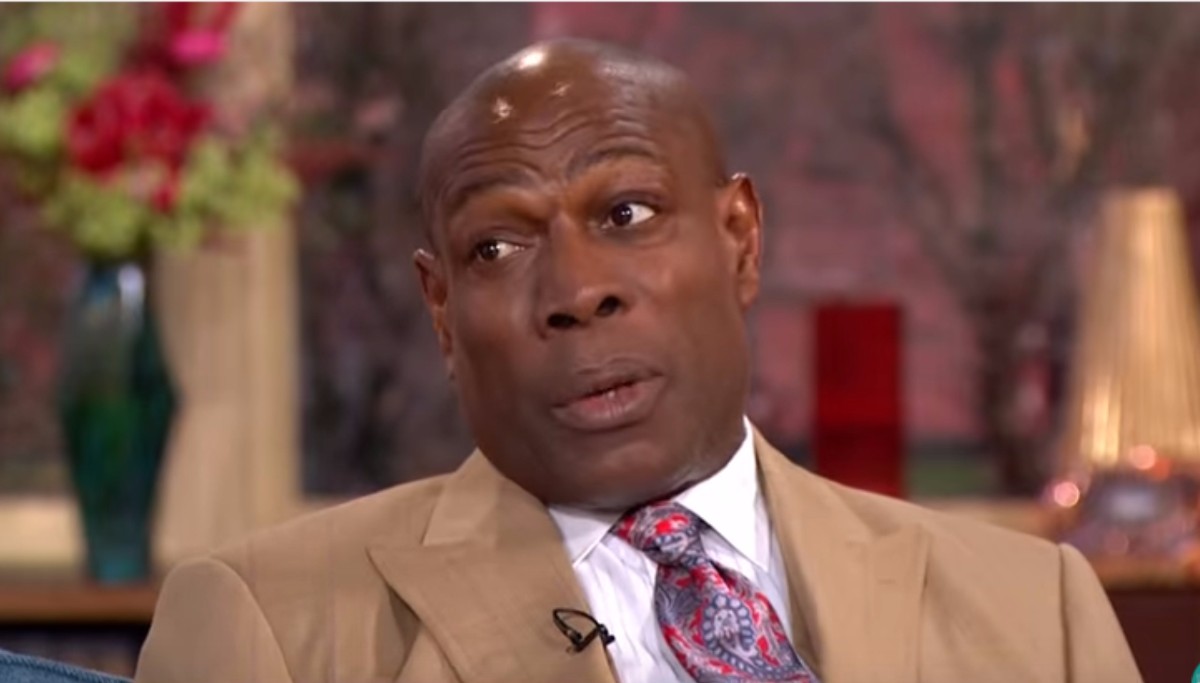 Frank Bruno, age 54, says he is “getting back into boxing.”

British boxing legend and national treasure Frank Bruno appeared on popular daytime TV show “This Morning” today and the 54-year-old who last fought in 1996 shocked audiences by stating his intent to box again.

Initially, when speaking on his well documented mental problems – Bruno being diagnosed with Bipolar disorder in 2003  – it appeared as though Frank was merely talking about training and working out again. And, looking in superb shape for a man of his age, in fact for a man many years younger, Bruno does look as though he could more than hold his own in a gym session. But Frank made it clear that he is not only back in the gym, he is planning on getting back into boxing too.

Is that a good idea, his interviewer, Phillip Schofield asked?

“I haven’t got no choice,” Bruno shot back, looking a little angry. “I train every day and I have to get this [energy] out of my system.”

Bruno revealed how the medication he has been prescribed for some time now leaves him full of energy and unable to sleep at night, or feeling “like Superman,” as Frank put it himself.

“I’ve been in the gym all the time, that’s why I want to come back into boxing.”


Needless to say, a Bruno ring return would stun millions, not only in England. However, would Bruno, with his mental issues, be granted a licence by the BBB of C? It seems unlikely but Bruno, if he is as determined to fight again as he seems to be – or if he indeed has “no choice” – could travel abroad to box. Above all else, Frank’s many fans hope he comes to no harm whatever his future holds.

Bruno was WBC heavyweight king from September of 1995 to March of 1996.

After watching Bruno in his prime and like most of the British public, we idolised this vulnerable gentle giant and to see him in the ring at 54 would be one of mixed emotions. Everyone is entitled to make their own decisions, but Frank maybe needs to think long and hard before making this one.