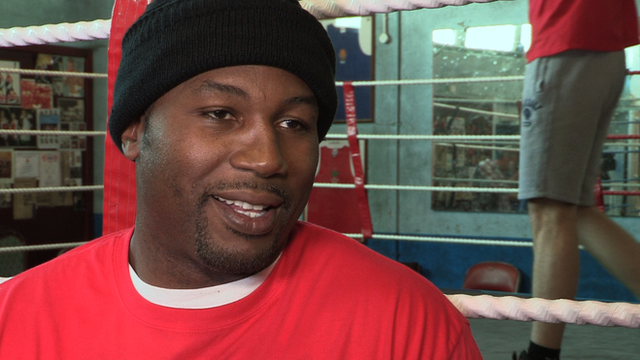 With Lennox in his corner, Price is out for revenge over Thompson, after the American ended the 6′, 8″ Liverpool mans his unbeaten professional run with a shock 2nd round KO earlier this year.

Liverpool’s Echo Arena this Saturday night (July 6th) is the venue again for the rematch, if you want tickets for the event you can get them here – If you cant make it over to Liverpool, you can catch all the action, including a great undercard that features determined Bristol champion Darren Hamilton’s British light-welterweight title defence against the classy Leeds boxer Adil Anwar on BoxNation. – Also another potential belter on the card is Kevin Satchell’s British Flyweight title defence against 20-year-old up-and-coming Scotsman Iain Butcher.

The Echo Arena was stunned into silence in February when veteran Thompson caught Price around the ear and sent him to the canvas. Price has started his rebuilding program, to avenge the loss and has added the services of former undisputed heavyweight champion, British fight legend Lennox Lewis to his team, after Lewis offered his services to Price after the loss to ‘The Tiger’

Lewis, like Price also suffered shocking defeats in his career. but bounced back to avenge them and he believes his experience in coming back from them, can help Price overcome Thompson in this rematch. In 1994, the then 25 – 0 Lennox Lewis was shocked as he was stopped in the second round against Oliver McCall when defending the WBC World Heavyweight title. He was also knocked-out by Hasim Rahman (KO5) in 2001, but came back 7 months later to avenge that loss, with a devastating  4th round finish, to retain his world title belts, he also won a return with McCall, before retiring in 2003, having defeated every opponent he had ever faced. read more on the Big Fight.

Watch the Fight Live on BoxNation

See the Tale of the Tape Here