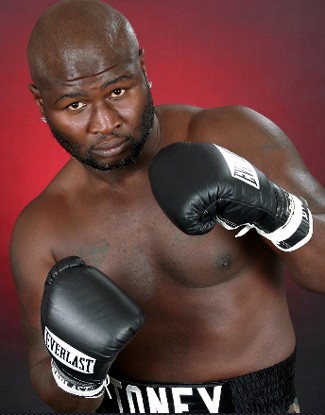 The next instalment of Prizefighter will be a big one! The heavyweights that is and one of the biggest names in boxing will grace the canvas at the famous venue that is the York Hall, Bethnal Green, in a special feature Britain vs. USA Prizefighter International Heavyweights on Thursday November 14.

Heavyweight prospect Anthony Joshua will be topping the bill.

Former multi weight world champion James ‘Light Out’ Toney (75-8-3) is the big name of the competition among an interesting line-up of names already ear marked for a great night of action in the Capital.

The full line-up is yet to be confirmed by Matchroom Sport and other names are expected to be announced soon.

Olympic Gold medalist Joshua will feature as the card topper in his third pro fight (He has his 2nd this weekend in Sheffield on the Kell Brook–Vyacheslav Senchenko bill).

“Word got out this morning that James Toney was in the line-up and it’s already caused some reaction,” said Matchroom and Prizefighter promoter Eddie Hearn.

“Heavyweight Prizefighter is always the most exciting edition of the tournament and we are looking forward to selecting the final four participants. It’s also great to have Anthony back in the capital as he continues his journey in the division and we expect a quick sell out for the November 14 event.”

Names selected up to now for the Heavyweight Prizefighter – Other contenders to be confirmed: