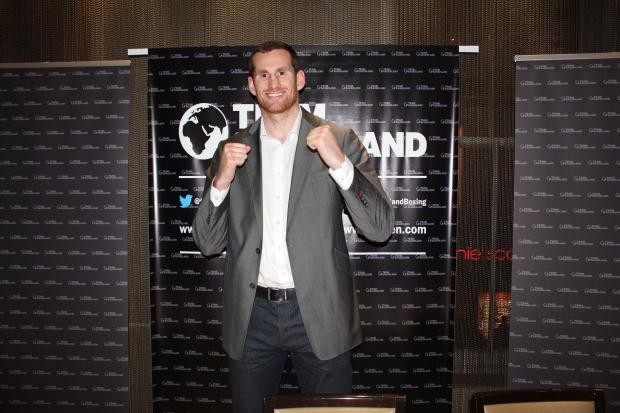 David Price makes ring return against the ‘Molecule from Hell’

British heavyweight champion David Price will make his ring return since the second defeat to Tony Thompson in July, when he takes on Evgeny ‘Molecule from Hell’ Orlov on December 14th at the Jahnsportforum in Neubrandenburg, Germany, his first fight under promotional team Sauerland.

Price, 30, (15-2, 13 KOs) will take on Orlov (14-12-1, 10 KOs) in an eight-rounder as he begins to re-build his career after the Liverpudlian saw his dream of fighting for a world title halted in dramatic fashion after back-to-back losses to veteran American Thompson.

His opponent The ‘Molecule from Hell’ you may remember was in the UK in 2011, when he appeared in the Prizefighter International Heavyweight tournament, losing a split decision in the quarter finals against Frenchman Gregory Tony. His most high-profile defeat came against Bulgarian Kubrat Pulev who is the mandatory challenger for Wladimir Klitschko’s IBF world title.

He has also lost to world title challengers Francesco Pianeta and Mariusz Wach. But what did stand out about Oelov besides his ‘Nickname’ was that he was a giant of a man standing at 6′ 9½″ and it isn’t often an opponent over looks big ‘Pricey’ – But the British champion will be punching up in this one.

It is a safe fight in reality for someone of Price’s level and since the devastating derailing of his promising career at the hands of Thompson, it’s one he needs, to just get in there without too much pressure down on the undercard of a main event. Against Thompson, Price looked drained, the pressure of expectancy seemed to have taken it’s toll on him and he paid.

As well has joining a new promoter, after last one Frank Maloney retired, Price has also employed the services of a new trainer, London based Adam Booth, the long-time trainer of former cruiserweight and heavyweight champion David Haye and it seems like a good move. Booth is a calm and level headed man and has the experience to guide Price the right way.

“I am excited to be starting this new chapter in my career.” said Price.

“My training with Adam has been going really well. We have made some changes in the gym and been working on a few different things for this fight,

“My opponent Orlov is a tough guy so I am not taking anything for granted but I have seen him in training camps and watched him fight so I know what I need to do to beat him. I can’t wait to get back in the ring and get the ball rolling.”

Kalle Sauerland, one of the brothers behind the German based Promotional company believes in Price he has a fighter who he believes can still top of the heavyweight tree, despite his previous defeats.

“This is the first-step back for David,’ said Sauerland.

“It will be a solid test and a great learning experience for him. There is no doubt that David has the potential to become a world champion but we must take things slowly to allow him to develop and grow as a fighter.”

Can David Price get back on track and win a world title? Please leave your comments below or Tweet us @britishboxers

The German show will be headlined by the WBA light-heavyweight title fight between Juergen Braehmer and Marcus Oliveira.