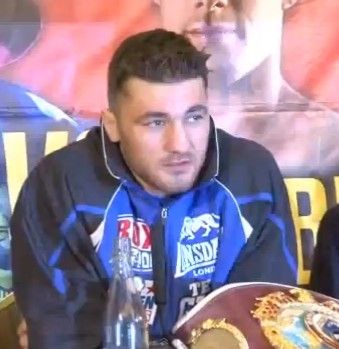 Former WBO World Light-Heavyweight Champion Nathan Cleverly has had to withdraw from his comeback fight at the Copper Box Arena this Saturday due to a back injury.

The Welsh star was making his long awaited return to the ring against Australian Daniel Ammann for his first fight in the cruiserweight division with the Vacant Commonwealth title on the line.

Finchley heavyweight Dereck Chisora still headlines the show when he defends his WBO International title against Ondrej Pala with the Vacant WBA International title also on the line, with London super-middleweight star Frank Buglioni challenging for his first title – the Vacant WBO European Championship, plus a cracking showdown between Bradley Skeete and Colin Lynes for the Vacant English Welterweight title.

The show will be live and exclusive on the Channel Of Champions BoxNation (Sky Ch. 437/Virgin Ch. 546).

Cleverly’s preparations were hit last week when he injured his back in training and after seeking expert medical advice he has been advised to withdraw from his fight against Ammann.

The 26-year-old is devastated that his comeback has been delayed, but has promised to make his big return early in 2014.

He said, “It’s a bitter blow as training had been going so well and I was looking forward to making my debut at cruiserweight.  For it to only happen a week before the fight is even more devastating.  I just want to get this year out of the way and enter 2014 with a clean slate and get my career back on track.”

*DOORS AT THE COPPER BOX ARENA WILL OPEN THIS SATURDAY AT 5.30PM WITH THE FIRST FIGHT AT 6PM*

Remaining tickets for the Rock The Box 2 show are available from the Eventim Box Office on 0844 249 1000 or at eventim.co.uk